LeBron James ignoring Luke Walton's playcalls, running his own instead 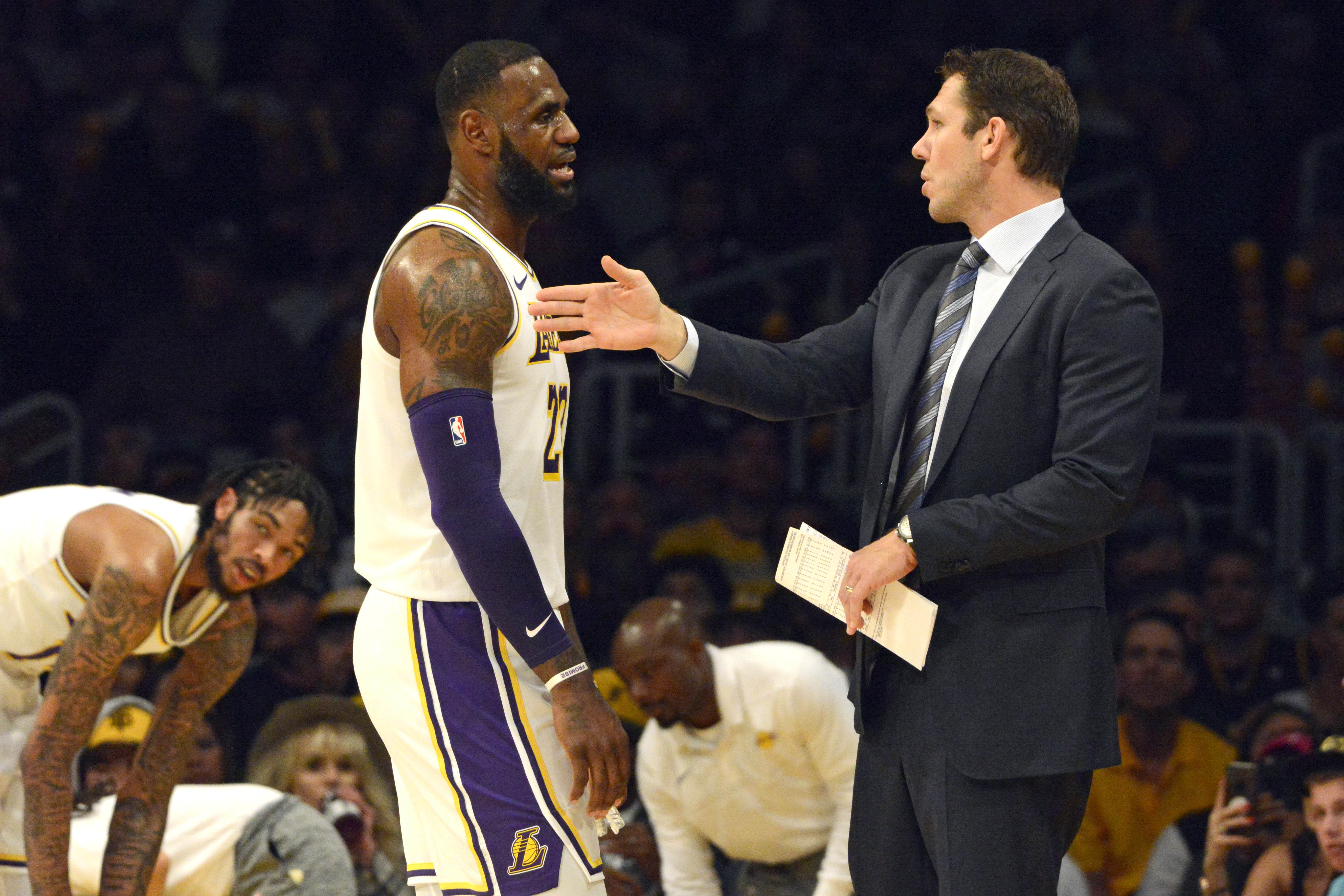 LeBron James ignoring Luke Walton's playcalls, running his own instead

It didn’t take LeBron James long to take over and essentially run the show for the Lakers, apparently.

James, who has been known to do exactly that in Cleveland — during both of his tenures there — appears to be running the offense how he sees fit. He’s taken over the major responsibility of running the point, since Rajon Rondo has been recovering from a broken hand, and he’s apparently not taking orders from the coaching staff on how to do so.

A report from ESPN’s Brian Windhorst states that James has been ignoring head coach Luke Walton’s playcalls, and that he’s essentially just calling games as he sees fit. The report reads as follows:

The scouts also have noticed that when James is running the point, he rarely looks toward the bench to receive playcalls from coach Luke Walton. Even when he has seen them, the scouts say, he ignores them and runs the play he prefers. Walton has adjusted, and now when James is running the show, Walton will typically just let him call the game. This probably shouldn’t be considered a slight — it’s just James being James.

This shouldn’t come as a surprise to the Lakers front office, and probably not to Walton as well. James did the same thing with the Cavs, especially with head coach Tyronn Lue, and it’s part of what comes along with having arguably the greatest player on the planet on the roster.

We haven’t really seen James and Walton argue on the court much — at least not yet anyway — so it’s too early to speculate about if this will have an impact on the Lakers head coach’s job security going forward. Still, it’s worth keeping an eye on in the future.