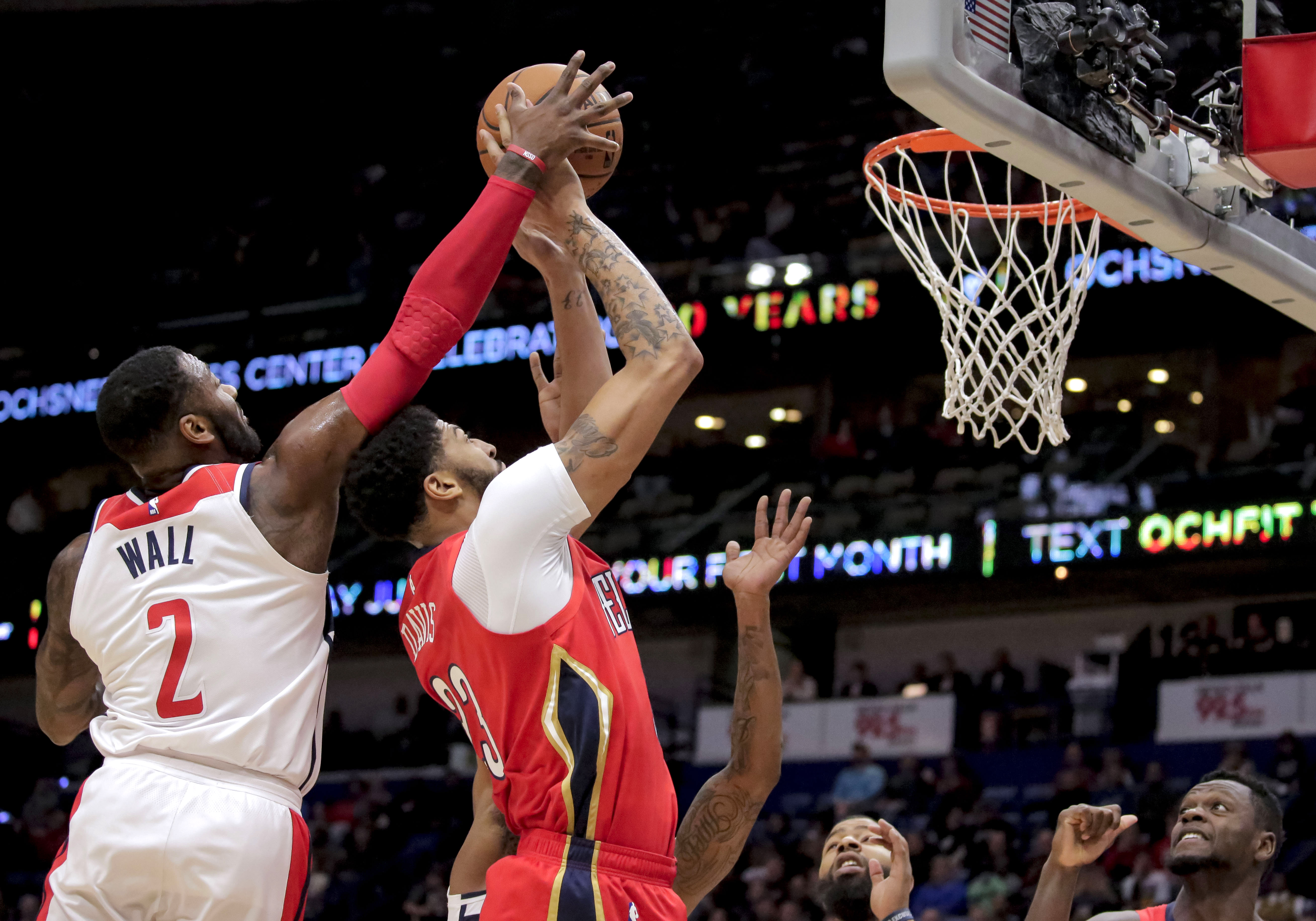 Fresh off of a two-game winnings streak and earning victories in six of their previous nine games, the Washington Wizards were looking to sweep the New Orleans Pelicans on the season. Anthony Davis, back from a hip injury that kept him out of Saturday’s matchup in D.C., had other things in mind. The Wizards reverted to their 2-9, start of the season ways with an all-around thumping at the hands of the Pelicans.

Head coach Scott Brooks has recently been preaching to his team about getting off to better starts. It simply does not happen. Bradley Beal has no clue why, but Brooks offered his opinion. “We seem to put our head down when we don’t make shots,” the third year Wizards coach said. “That’s not the sign of what we need to be about. Miss a shot, you still got to get a stop. Unfortunately, that did not happen tonight.”

With less than two minutes to go in the first quarter, New Orleans was already up 29-15. By halftime, that margin swelled to 67-47 putting Washington behind the eight-ball yet again. They were unable to recover as they had previously against the Clippers and Rockets. The Wizards shot just 35.3 percent (18-of-51) from the field in the first half, 27.8 percent (5-of-18) from beyond the arc, and 60 percent (6-of-10) from the free throw line. If it were not for 12 first-quarter points from Kelly Oubre in his hometown, Washington could have been down 30 at intermission. Brooks could be right, his team couldn’t hit shots and sulked on the defensive end.

The Pelicans outrebounded the Wizards by an astounding 64-38 margin. That is the most rebounds Washington has surrendered in regulation this season, but the Trail Blazers did have 70 back in October. The -26 rebounding differential is just the fifth time in team history since 1994 that such has occurred, per Basketball Reference. Of the 64 rebounds for New Orleans, 17 were offensive and led to 28 second-chance points for the home team. Playing small with Markieff Morris or Jeff Green typically playing the center position against the likes of Anthony Davis and Julius Randle does not help the rebounding woes. Morris, Green, and starting center (for just the beginning of halves) Thomas Bryant had just 13 rebounds in 66 minutes, while Davis and Randle had 27 in 61 minutes.

Back to bad habits

Five of the six wins Washington had in their last nine games came at Capital One Arena. The Wizards have not found a way to consistently win on the road yet. They had a skin of their teeth win in Portland and a desperation win in Miami when they were 2-9. Beal said the team did not play with the needed effort, (we have seen and heard that before), and fell back into bad habits that he cannot explain. Five of Washington’s next six games are on the road so they better figure out their struggles away from D.C. quickly or dig themselves a deeper hole.

“We couldn’t stay in front of the ball, we couldn’t get back in transition defense, and we couldn’t box them out. That combination led to a bad outcome,” Scott Brooks said. “We found our spirit at home, won the last two games. On the road, we haven’t played consistently for 48 minutes. We still have to try to figure it out. We need to do it soon because we’ve got a bunch of road games coming up in this month. There’s definitely a difference in the energy and intensity.”

Bradley Beal says the #Wizards's "effort wasn't there tonight" and that they fell into "old habits." pic.twitter.com/boAOVtVyL0

Bradley Beal out of answers.

When asked about why the #Wizards are fallen back into bad habits, "I’m sitting here trying to contemplate myself, honestly. It’s a little frustrating, but it’s fixable."

On the slow starts: "I don't know. Think that was definitely the case." pic.twitter.com/qsa2FuRniR

Next Game: Washington will travel to Philadelphia for the first game of a back-to-back starting with the 76ers.