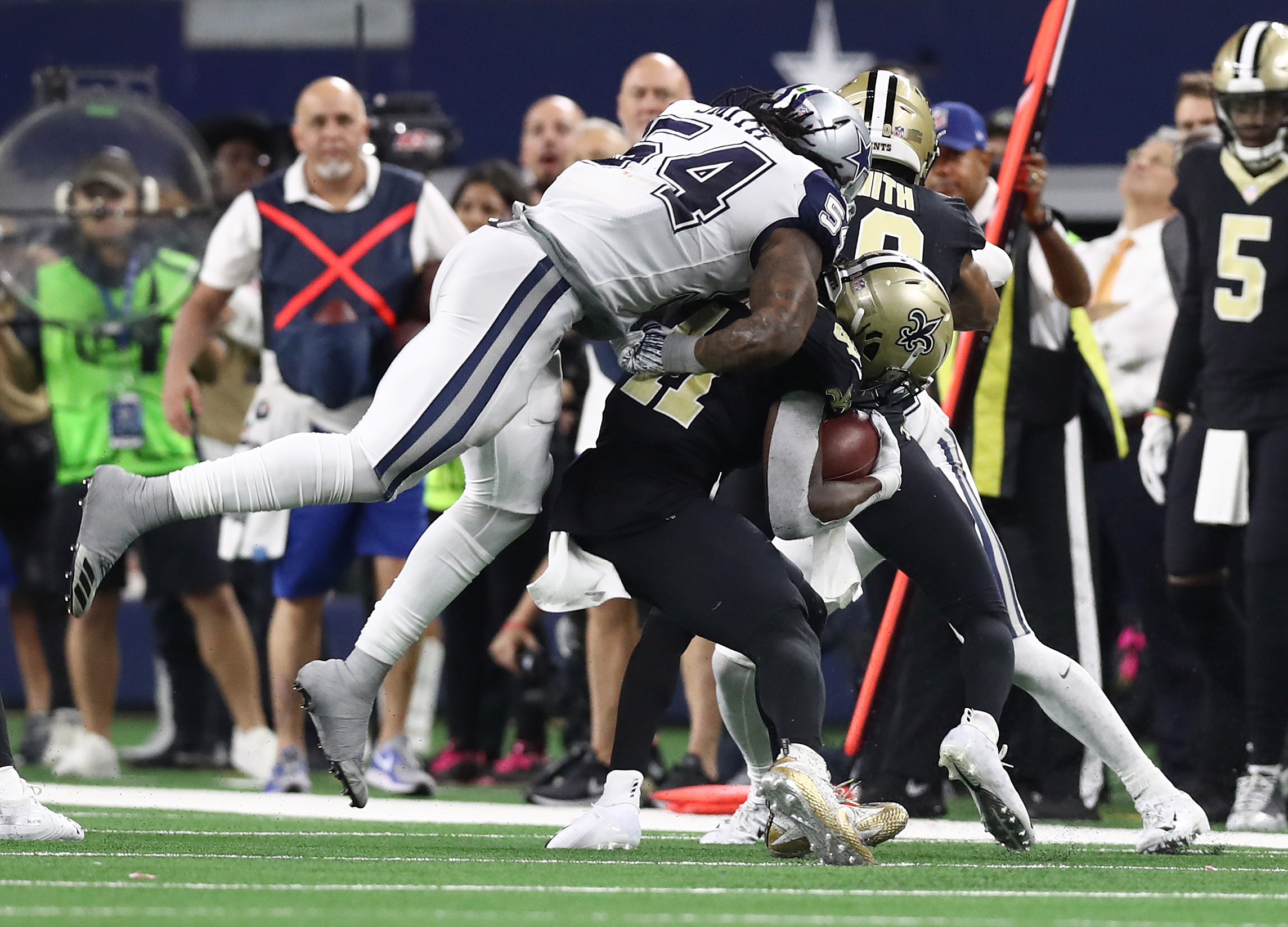 Cowboys linebacker Jaylon Smith was criticized for delivering a brutal shot to the head of Saints running back Alvin Kamara in Thursday’s game.

And he’s not apologizing for it, either.

Smith, in fact, isn’t running from the problem, nor is he making excuses for it. He directly addressed the topic, and essentially lauded himself for delivering this brutal hit to Kamara — which could’ve concussed him, or worse.

The hit came in a game where the Dallas Cowboys upset the Saints who had not lost since Week 1.  It shifted the balance of power in the NFC, vaulting the Rams into first place, and also kept the Cowboys in the hunt for the NFC East title.  At the moment, all three teams have good odds to make the playoffs and are good value bets to make the post-season. For more insight and to get more premium NFL betting picks, visit The Linebacker.

Obviously, Smith was asked about the brutal hit by reporters after the game, and he defend himself.

“This is the last gladiator sport,” he told Lindsay Jones of The Athletic. “It’s a physical game. It’s play I was able to be physical on and help my defense.”

The NFL probably won’t like hearing that, but then again, this is their fault as well. Helmet-to-helmet hits were supposed to be a point of emphasis, yet officials aren’t calling them this year. They could also make those types of plays subject to review, or have officials buzzed to possibly take a look at the play again. That’s not the case, though.

It’s a wonder why review is even in place in the first place, given that only 37 percent of calls has been overturned this season, and officials still manage to miss a number of penalties — such as this one. Kamara and other players must be protected from brutal shots such as that one by Smith in the future. It just really feels like the NFL is out to protect quarterbacks, and no one else.