Breaking Down Five Keys for the Packers Against the Cardinals 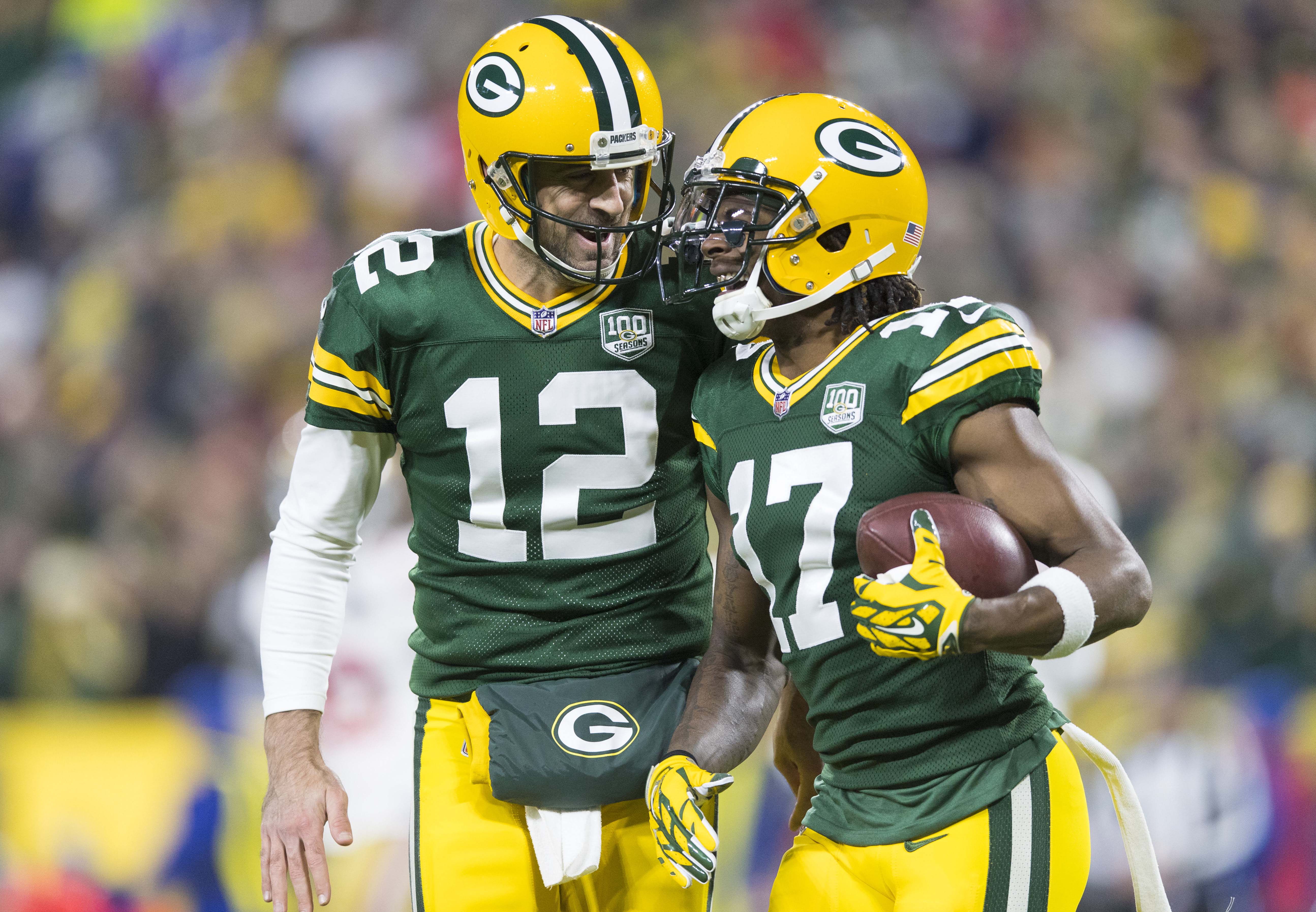 Breaking Down Five Keys for the Packers Against the Cardinals

The Green Bay Packers hope to keep their fading playoff hopes alive as they host the Arizona Cardinals in a Week 13 battle at Lambeau Field Sunday.

The Packers first met the Cardinals back in 1921 when the Pack and Cards played to a 3-3 tie in Chicago. Green Bay holds a 44-23-4 edge in the regular season while the Cardinals have won two of the three postseason meetings between these classic franchises.

The Packers dropped a 24-17 decision in Minnesota last week to fall to 4-6-1 on the season and 0-6 on the road. The Cardinals were crushed by the Los Angeles Chargers 45-10 last week to drop their record to 2-9.

Here is a look at the key matchups and situations that will determine who wins Sunday afternoon on the Frozen Tundra where the preliminary forecast is for highs in the mid-30s with a chance of snow:

Both tackle David Bakhtiari (knee) and guard Lane Taylor (quad) are banged up and may be game-time decisions for the Packers. That will make it even more important for the Packers to find a way to keep Cardinals defensive end Chandler Jones away from Aaron Rodgers.

Jones leads the Cardinals with 11 sacks in 11 games which marks the fourth straight season he’s reached double-digit sacks. The Syracuse alum is a dynamic pass rusher with great speed off the edge. He can also use a variety of moves to get to the quarterback.

Expect the Cardinals to move Jones around to take advantage of the Packers injuries on the offensive line while the Packers may quickly counter with chip blocks and more short passes to make sure their star quarterback stays upright, effective and healthy. If Rodgers has time to throw, he should be able to take advantage of the lack of depth in the Arizona secondary.

Davante Adams is having a Pro Bowl caliber season for the Packers. He will be up against one of the more talented shut-down corners in the game this week in Arizona’s Patrick Peterson. Expect the Cardinals to have Peterson follow Adams all over the field on Sunday.

The Packers are confident that Adams can get open against any DB, but don’t be surprised if the Pack tries to run some formations that will help Adams get a clean start to his patterns to help him get open.

Having a healthy Randall Cobb would be a big help for the Green Bay offense, especially if the Cardinals try to rotate a safety over to Adams’ side on most plays.

The battle between Adams and Peterson should be a fun one to watch as two of the game’s best at their respective positions battle it out. A good performance against Peterson could also help Adams get some of the respect he has yet to earn from the national media and fans outside of Green Bay.

The Packers cannot neglect the running attack this Sunday against Arizona. Look for Aaron Jones and Jamaal Williams to gain big chunks of yardage against the soft interior of the Cards front seven.

Running the ball effectively will also reduce pressure on Rodgers and will play to the strengths of Green Bay’s healthier interior linemen like Taylor, Corey Linsley and Byron Bell who are better run blockers than pass protectors.

4. Confuse Josh Rosen and Cause Turnovers

The last time the Packers faced a rookie quarterback this season, Mike Pettine’s defense was able to shut down and then shut out Josh Allen and the Buffalo Bills.

This week, the Pack faces Josh Rosen, the Cardinals first-round draft pick out of UCLA. As is often the case with rookie quarterbacks on struggling teams, Rosen has had some bright moments that showcase his immense talent and some tougher times when his inexperience and lack of support results in ineffective play.

Expect the Packers to show several different formations and to come at Rosen with a variety of blitzes. Rosen has thrown more interceptions (11) than touchdowns (10) this season and the Pack hopes that their pressure and confusion will force the rookie into making mistakes.

Green Bay’s defense has struggled to cause turnovers. This Sunday would be a good day to improve in that area and build up some confidence for the home stretch of the season.

While running back David Johnson is averaging only 3.7-yards per carry this season, he is still capable of running the ball effectively. With an inexperienced quarterback and a mediocre offensive line, Johnson remains the Cardinals best offensive weapon.

The Packers need to prevent Johnson from giving Rosen third-down and short opportunities. If Johnson runs the ball effectively, the Cardinals can also keep Rodgers off the field and keep the game close long enough to make a big play or get a break and possibly win it.

Green Bay’s run defense misses Mike Daniels but Dean Lowry and Tyler Lancaster have done a solid job in his absence against the run. Preventing Johnson from being a big factor will go a long way towards stopping the Cardinals 32nd-ranked offense on Sunday.

The Packers no longer have any room for error. All season long, we’ve heard about potential “get-well” games only to have the Packers struggle to win against inferior teams.

The Cardinals have some talented players, but the Packers, even with all their injuries, are a more talented club.

Nothing has come easily for the Packers this season, but the offense will finally get into a rhythm and move the ball effectively while Pettine’s defense shuts down another rookie quarterback.