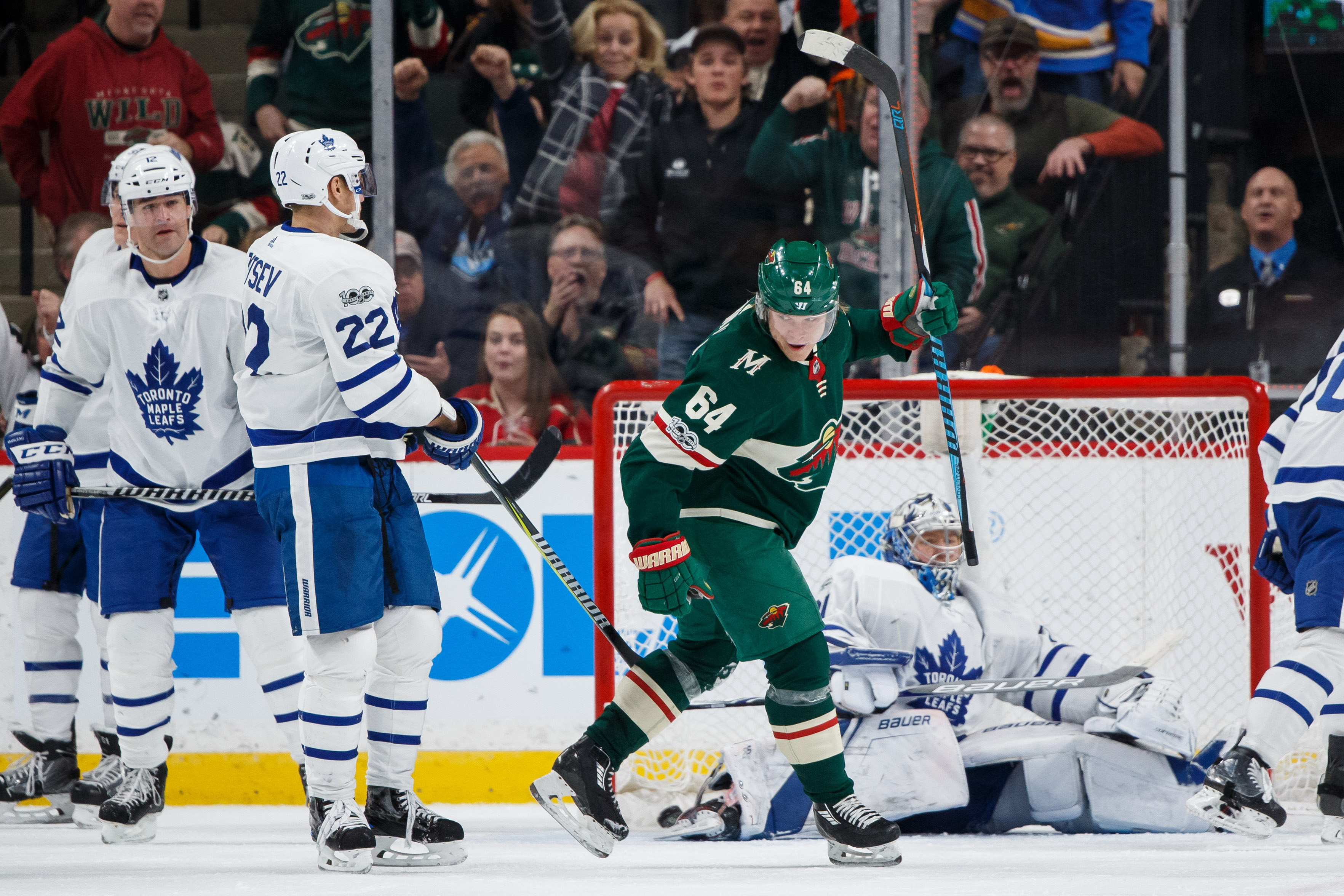 If you have coached for any length of time a sport involving at least teenagers or older people you’ve probably dealt with a situation where you are in halftime or in an intermission where you ask yourself what should I say to my team?  Do I try to build them up by telling them I still believe in them and that we’re so close to turning this around, or do I call out their underperformance and challenge them to be better?  The halftime / intermission speech is perhaps one of the most cliche-filled moments for any coach.  You work your best motivational one-liners or your most scathing insults to try to scrape at the players’ heart.

I wonder what was said after the 2nd intermission of the Minnesota Wild’s most recent game against the Columbus Blue Jackets where the team gave up 3 goals to trail 4-1.  Wild Head Coach Bruce Boudreau appeared to be fuming on the bench and we know he isn’t afraid to light into a team if he feels it is necessary.  Having lost in pathetic fashion in their last 2 games, one would think the ‘colorful adjectives’ were plentiful during any intermission or post-game speech from the Wild Head Coach.  The team certainly delivered its weak cliches about needing to be better, etc that gets old pretty quick when you keep watching the same kinds of mistakes happening over and over again.

The team was put through an extensive practice leading up to their game against Columbus to try to get the club to get back to the basics, but it didn’t seem to matter.  The team still had lapses of effort and focus and the result was another embarrassing loss.  Boudreau did not switch up the defensive pairings and he soldiered on with Devan Dubnyk who appeared to be fighting the puck all game long after a sub-par effort against the Coyotes on Tuesday.  While you normally want your ace playing against another quality team I think most Wild fans would like to see the team give Alex Stalock the start.

The team would also be wise to go back to its old defensive pairings that had Ryan Suter paired with Matthew Dumba and Jonas Brodin along side Jared Spurgeon.  I think the real issue even though few are talking about it is Suter.  Suter just isn’t what he used to be.  He’s a step slower, and needs a mobile partner that will cover up that deficiency.  Dumba may be one of the top goal scoring defenseman, but he needs to be more diligent in his on-ice positioning so he doesn’t leave the team vulnerable.

Offensively Zach Parise and Mikael Granlund continue to play well.  The problem is most of the secondary scoring has dried up.  Jason Zucker, Charie Coyle, Nino Niederreiter, and Eric Staal are only chipping in on occasion and the goal scoring from the blueline has all but disappeared in the last few games.

Toronto is playing like a Stanley Cup contender, a powerful offense combined with a much-improved defense makes them a formidable opponent even if the Wild were playing some of its best hockey.  Right now, that simply isn’t the case as recent losses now have the Wild mired in 4th place in the Central Division.

So far the addition of John Tavares has paid off well and has developed great chemistry with Mitch Marner.  Oh, did I mention Auston Matthews who returned this week and gives the Leafs the best depth at center in the NHL.  Kasperi Kapanen is showing the maturity of having played a leading role with the Marlies the last few seasons.

Morgan Reilly is having a fine season and is having a terrific start to the season.  He is the Maple Leafs power play quarterback and the Wild would be wise to not to give him too much time and space on the man advantage.  Veterans Ron Hainsey and Minnetonka-native Jake Gardiner provide stay-at-home responsibility.  Between the pipes I could see the Leafs giving Garret Sparks a start.

What are the keys for the Wild if they hope to earn a win this evening?

1. Keep it simple – At times, a lack of intensity can be a sign of players being confused as to what they’re supposed to do (i.e. overthinking the game) instead of just keeping it simple and funneling pucks on goal and crashing the net.  The Wild would be well served to simplify their attack.  Ugly goals count just as much as the pretty ones do.

2. Stay out of the box – It is going to be difficult to keep the Maple Leafs high-powered offense in check, but you don’t want to tempt fate by giving Toronto a lot of opportunities with the man advantage.  Tavares, Matthews, Marner, Reilly, need I say more?  Don’t give these guys too many chances on the power play.

3. Move your feet – The Wild need to keep their feet moving, because Toronto is another fast and skilled club.  Minnesota only makes itself look even slower by not moving their feet and that will likely yield lots of pressure in their own end let alone trips to the penalty box.

I am not sure whether to channel an inspiring Herb Brooks speech or another angry coaching tirade.  Its tough to understand what motivates this team anymore.  What do you think are keys to a Wild victory this evening?