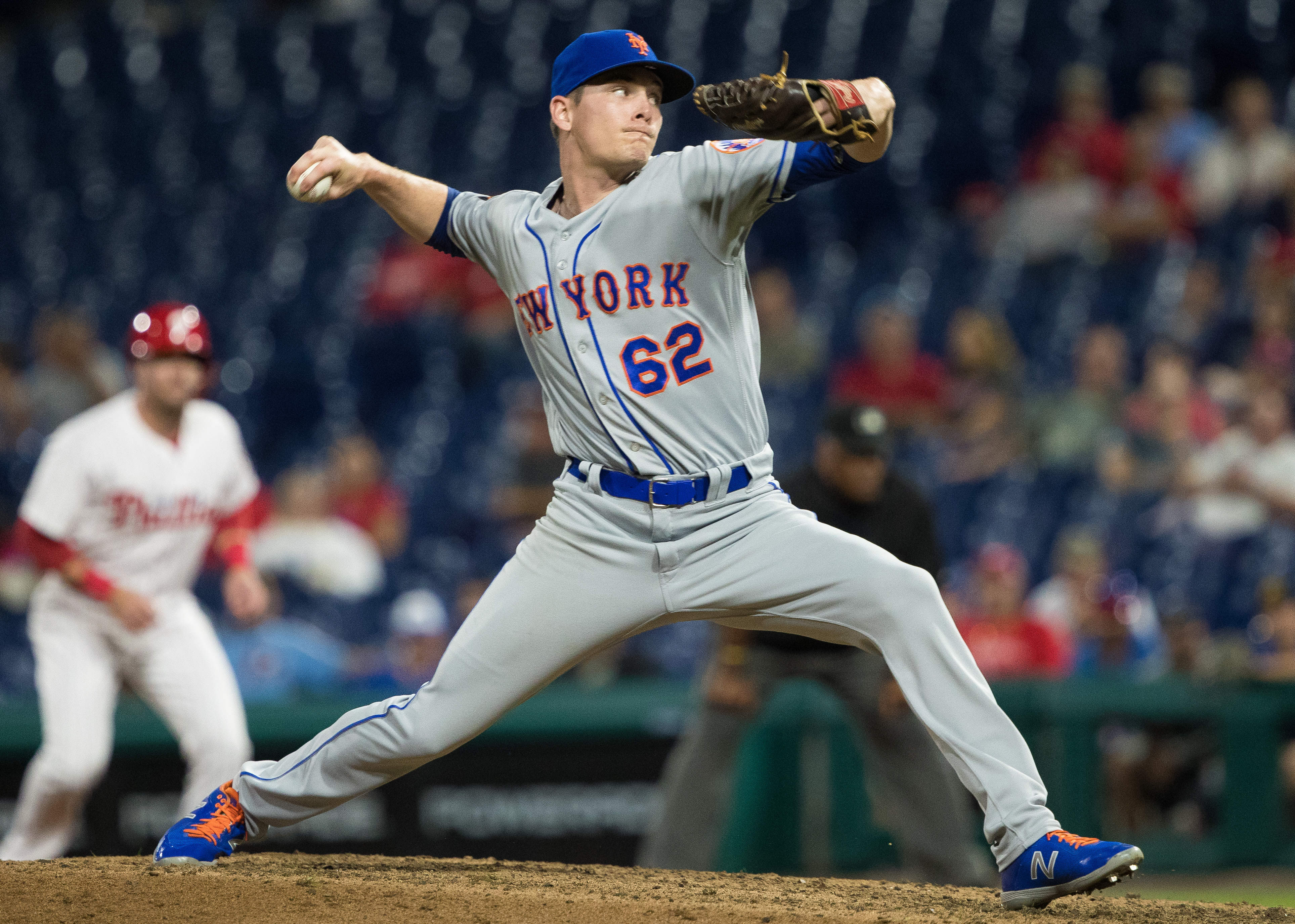 Now that the 2018 season is over for the New York Mets, we have been looking back at the year that was. After taking a more general view of the offense, pitching, and coaching staff, it’s time to take a look back at the Mets’ players. This series will take a look at every player on the roster for the Mets at the end of season from B (Tyler Bashlor) to Z (Daniel Zamora). The review will look at their season statistics, stories, and what role (if any) they will have next season. We continue the series today with a look at relief pitcher Drew Smith.

Story: After being acquired from the Tampa Bay Rays in the Lucas Duda trade last July, Drew Smith began 2018 in AA, but was quickly promoted to AAA Las Vegas. Smith was now only one step away from the major leagues, and he got his first crack at a big league job in late June, when he was promoted to the big leagues with the Mets in need of a reliever. The team didn’t use Smith too much in his initial run, but he was effective, allowing one run in three appearances before getting sent back to Las Vegas on July 8th. Smith returned right after the All Star Break when Jeurys Familia was traded away to Oakland, and Mets’ manager Mickey Callaway began utilizing the young righty more. The early results were encouraging as Smith pitched to a 2.31 ERA in 11 August appearances, earning more high leverage work from Callaway. Smith wore down a bit in September, pitching to a 4.76 ERA in 11 appearances, but all six of the runs he allowed in the season’s final month came over two bad outings in a row on September 18th and 23rd.

Smith was a pleasant surprise for the Mets out of the bullpen and proved to be one of the few young relievers from Sandy Alderson’s July 2017 haul to be effective. That solid run of performances should give Smith a shot at a job in the big league bullpen in 2019.

Smith will be back for the Mets in 2019, but he will have to compete for a big league bullpen job in spring training. The Mets will likely have Smith competing with fellow youngsters (like Tyler Bashlor and Jacob Rhame) and veteran imports for a job in camp, and if he doesn’t earn one out of camp that doesn’t mean Smith won’t get a big league shot. Smith will definitely be up with the Mets at some point due to the natural volatility of big league bullpens, likely as a result of injury or ineffectiveness impacting other relievers in the unit.

Check back tomorrow as our Player Review Series continues with a look at relief pitcher Anthony Swarzak!