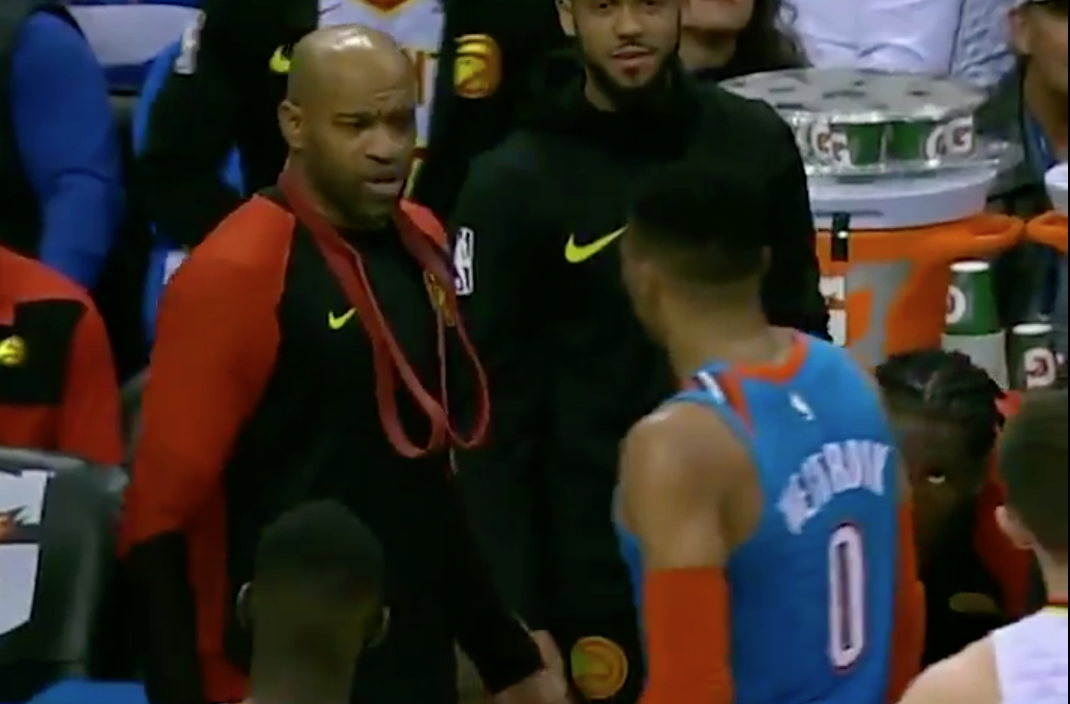 Thunder point guard Russell Westbrook has been known to get into heated altercations with opposing players and fans during games, and Friday’s matchup with the Hawks was no different.

Westbrook was seen jawing at Hawks veteran forward Vince Carter after one particular play in the third quarter of the game. The ball rolled out of bounds, and a Hawks player seated on the bench tossed it toward Westbrook. That didn’t go over well with Westbrook, who threw it back in disgust. He then had some words with Carter, and the two were hit with technical fouls.

That wasn’t the end of the exchange, though. Westbrook hit a tough fadeaway jumper on the play that followed, then pointed right at the Hawks bench and did his signature “rock the baby” gesture to rub it in.

Russ and Vince both get T'd up and jaw at each other.

Next play: Russ hits a jumper right in front of the Hawks bench, points at them and rocks the baby 🍿 pic.twitter.com/Cyy2002m2F

Westbrook is always worth the price of admission.