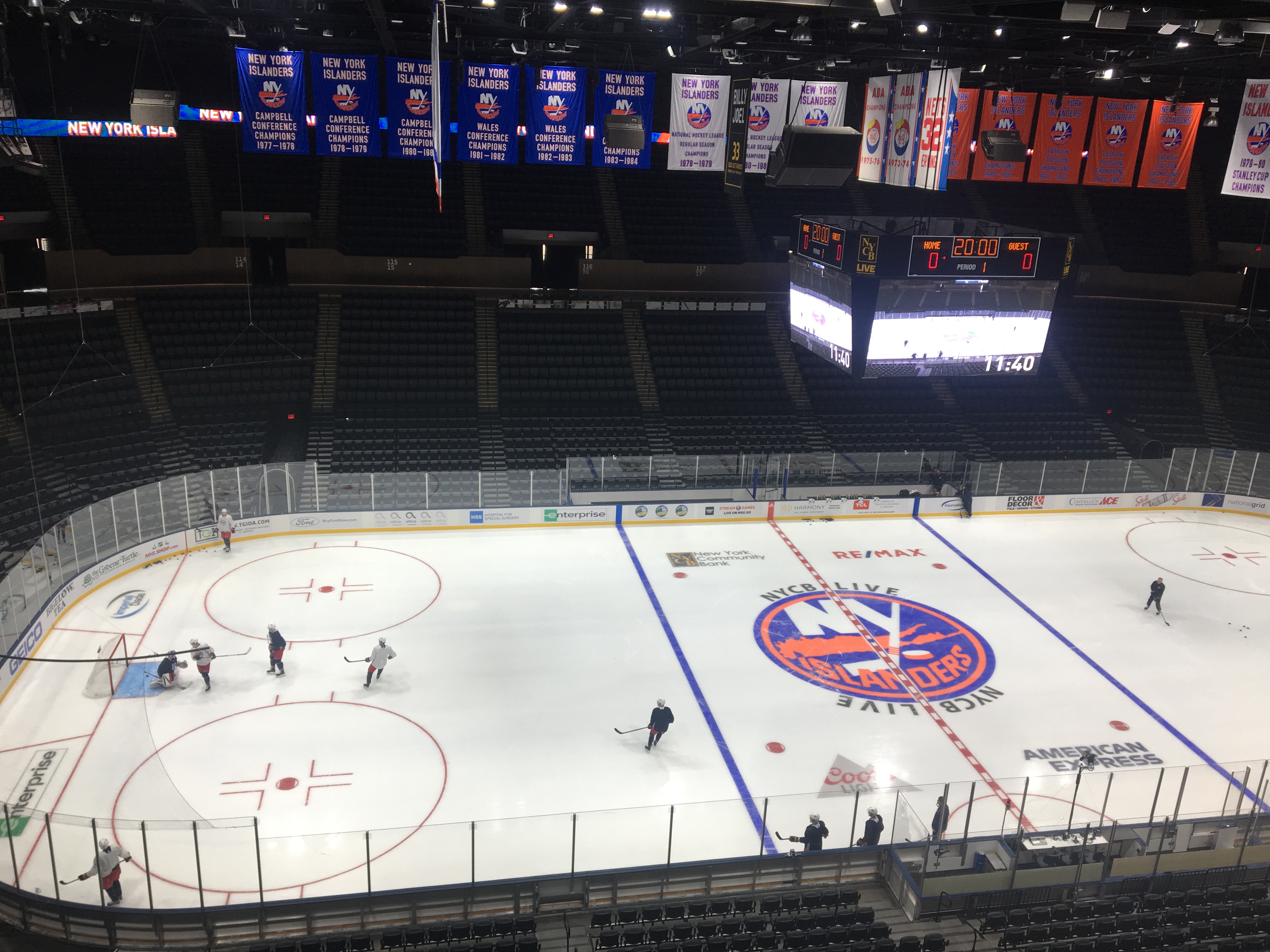 UNIONDALE, N.Y. — Hours before an expected sellout crowd entered the Nassau Coliseum, the Columbus Blue Jackets enjoyed the renovated building all to themselves.

It was a few moments of tranquility before the chaos ensued on Saturday as the Blue Jackets become the first team to face the New York Islanders at the Coliseum in three years for a regular season game. For the Islanders, the excitement had been building for their return to their former home.

However, there were two people in the Blue Jackets organization who were equally as excited for Saturday’s contest. For Columbus coach John Tortorella and forward Brandon Dubinsky it was also a sort of homecoming.

Tortorella had coached the New York Rangers from 2009 through 2013 and remembered the battles the Islanders and Rangers had fondly. For Dubinsky, he was there for those battles, he played his first NHL game at Nassau Coliseum and Dubinsky was there with the Blue Jackets when they faced the Isles in their final regular season game at the venue.

“It’s funny because everyone likes new (expletive), but I enjoyed playing in the old Coliseum,” Dubinsky said before the game. “It’s interesting we’re on the wrong side right now. It’s a different rink… I hate to say it, even playing for the Rangers or with the Jackets, there was a comfort level walking into this place.

“I’ve had some success in this place with the teams and individually.”

Tortorella had waxed poetic about the Coliseum on Friday in Columbus and recalled fondly the dim lighting that had been in the visiting coaches’ room. On Saturday, the nostalgia hadn’t worn off as he stood in the visiting runway.

“I was with the Rangers for five or six years and the things that were going on in the stands were better than the game sometimes,” Tortorella said. “I’m really thrilled we’re getting the opportunity to play the first one back in this building.”