Wizards pummelled on the road (again) by 76ers 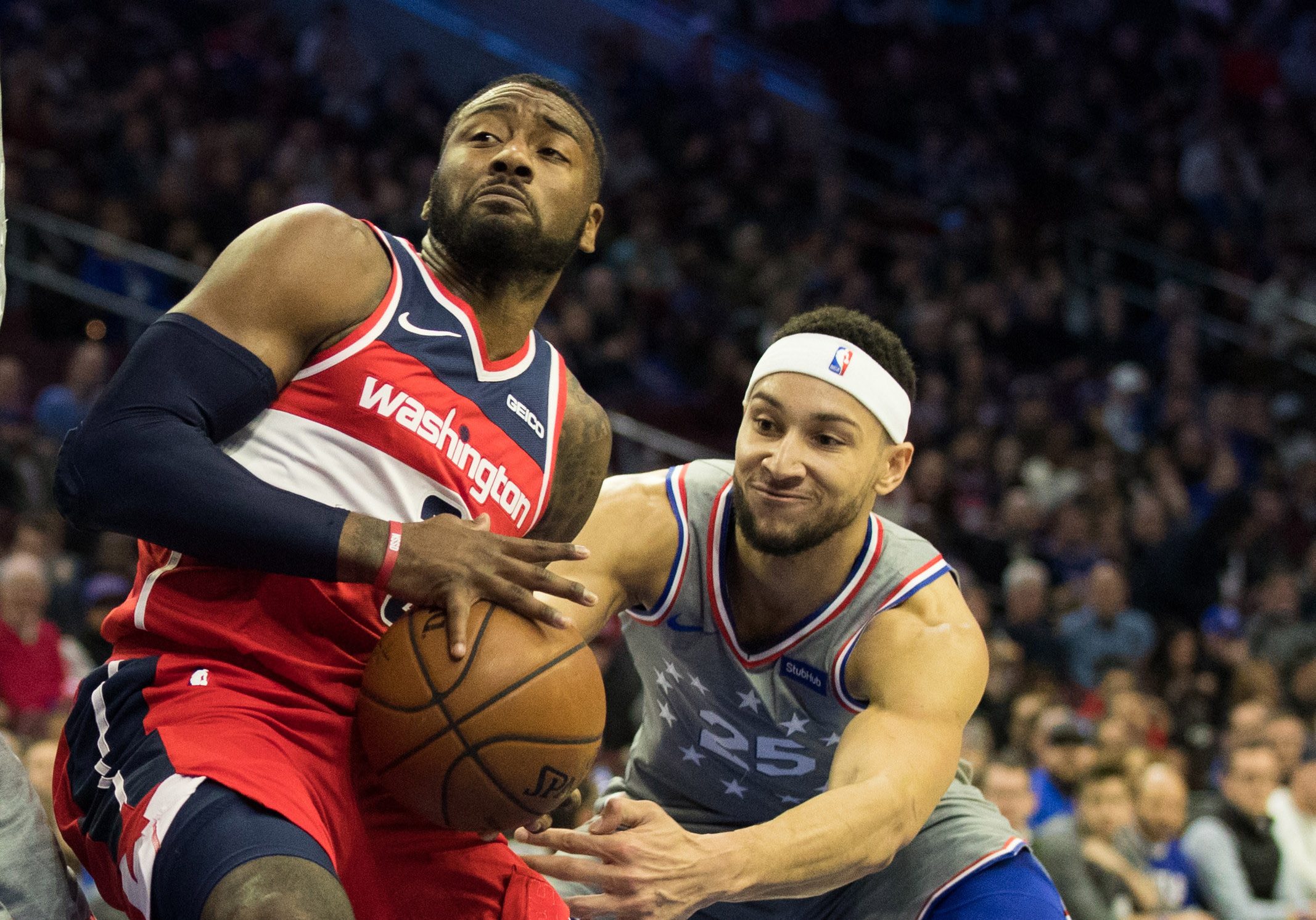 Wizards pummelled on the road (again) by 76ers

The Washington Wizards are struggling on the road immensely. It did not help that they are facing a Philadelphia 76ers team that has three All-Stars and is impeccable at home. In a common theme of the season, the Wizards got off to a bad start and dug themselves a whole they could not come out of by trailing 44-23 early in the second quarter. The road team got within nine before halftime, but then the home team went on a run to pull away and the result was sealed shortly after intermission.

At the beginning of the season, head coach Scott Brooks was confident that his team would get out of their shooting slump from beyond the arc. Recently, his tone has changed, and he questioned if maybe the Wizards were simply not a great three-point shooting team anymore, especially at the volume they are now getting them up. Last season, Washington was fourth in the NBA in three-point shooting at 37.5 percent, but were towards the bottom of the league in attempts. Through 22 games, the Wizards are shooting just 32 percent (231-of-721) from beyond the arc. Bradley Beal and Otto Porter are great three-point shooters, but the likes of Kelly Oubre and Markieff Morris cannot be shooting a combined 1-of-9 from deep (and 3-of-20) from the field if Washington wants a chance to outscore teams.

Last game when dealing with Anthony Davis and Julius Randle, the Wizards were outrebounded 64-38. The margin on Friday night was not as bad at 58-42, but still terrible. Washington’s starters had just 19 rebounds and Joel Embiid nearly matched them with 15. Beal acknowledged his own lack of boards, but that was partially due to his foul trouble that Brooks sat him prematurely with. Philadelphia scored 21 second-chance points off of their 17 offensive rebounds. He may have been injured earlier in the season, but to our knowledge, John Wall is just fine which is what makes plays like this inexcusable.

Let's just say the effort could have been better here … pic.twitter.com/3XSfD9udmU

Bradley Beal: "Rebounding is what we suck at. Even myself, I don't think I had a damn rebound tonight." pic.twitter.com/KgIcjdnR7S

As you know by now, the future Hall of Fame center underwent an L4-L5 lumbar microdiscectomy to deal with a disc herniation that was causing severe nerve irritation and gluteal pain. This is a very similar surgery that Howard had in the summer of 2012 by the same Dr. Robert Watkins who gave the recommendation of surgery presently. For a team that is already horrific at rebounding the ball, missing one of the league’s premier rebounders for the next two to four months is backbreaking, no pun intended. Thomas Bryant will continue to start for the near future and Ian Mahinmi may sneak back into the rotation, but I would not judge it based on this game because it was without Otto Porter eating minutes at the four. Howard was supposed to be a piece that might put Washington over the edge, instead, the Wizards are essentially back to their roster from last season minus Marcin Gortat and plus a struggling Austin Rivers.

Next Game: Washington returns home for the second night of a back-to-back against the Brooklyn Nets.