Defense delivers the Wizards a victory over the Nets 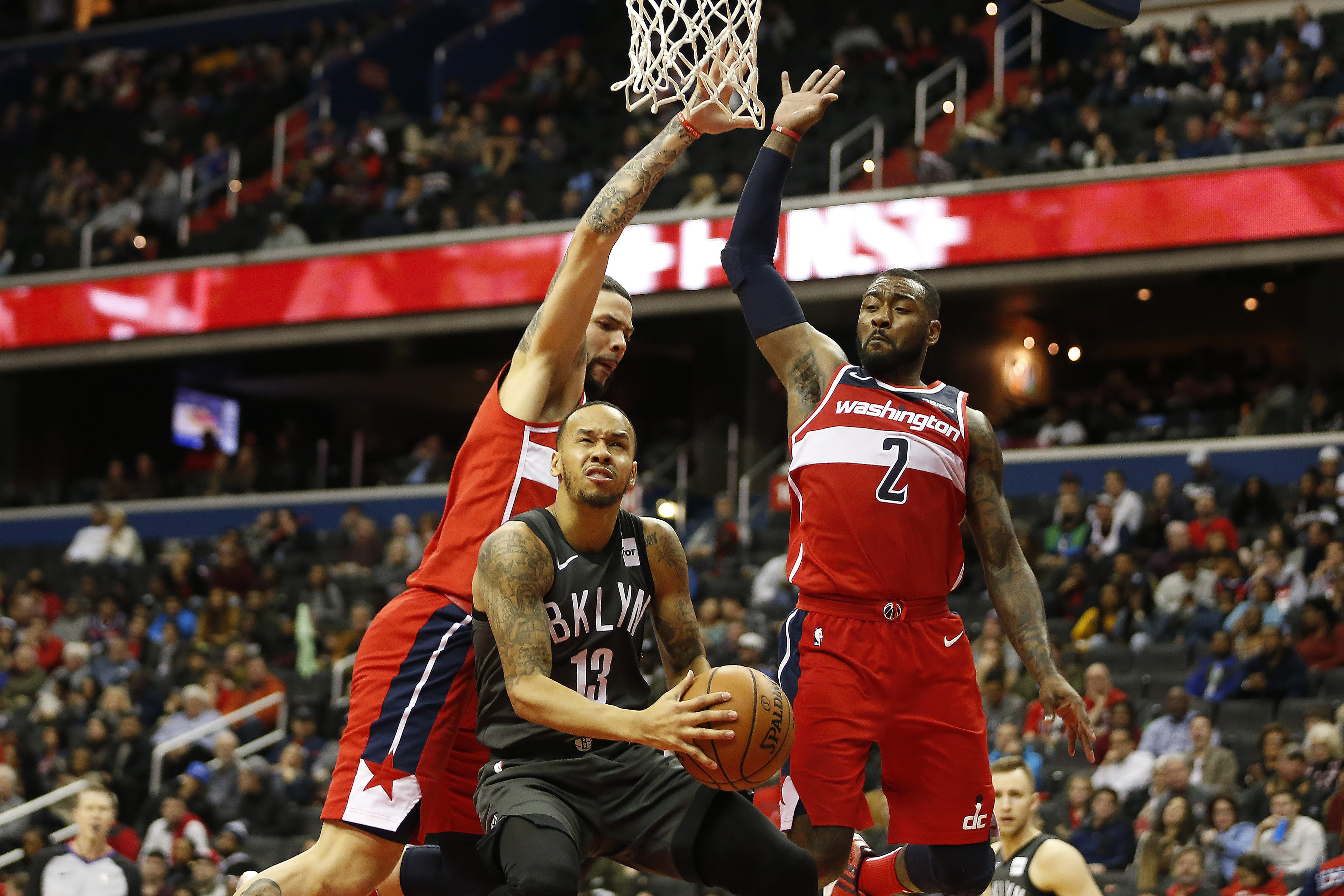 Defense delivers the Wizards a victory over the Nets

Last season the Washington Wizards were a weird team by losing against teams that they should easily beat and then surprising good team with wins. One weird thing about this team is that they are no 3-0 on the second night of back-to-backs, which Bradley Beal thinks is a testament that they are a good team. After getting smoked by the Brooklyn Nets in the second half two weeks ago, Washington exacted some revenge with a thorough victory. It all started by not building a double-digit deficit to start the game.

"If I start out being aggressive from the start that makes it easier for everybody else…that's my job as the leader of this team to be aggressive and get us going early on and I think that is why we got off to a better start in the first quarter today." — @JohnWall #DCFamily pic.twitter.com/fkzm5wj4Co

The Wizards have been a bad defensive team for much of this season from the stars on down. There have been frequent instances where John Wall has not demonstrated the correct level of effort and that has a trickle-down effect. Things are still no way close to perfect, especially since Washington has to learn to put together consecutive games of good defense, but the home team got off to a good start, by holding the Nets to just 88 points, a season-best in points allowed. It probably helped that Brooklyn played a double overtime game the night before, but I’ll give the Wizards the kudos when they can get it. The road team was held to just 37 percent from the field, which is also a season-best in field goal percentage allowed for Washington. Another key was 19 turnovers forced that were cashed in for 20 points by the Wizards. Holding the Nets to just 19 points in the first quarter and not creating a large deficit that they would have to dig themselves out of is also obviously a positive of defending at the level this team is capable of. It was all the result of better effort and communication according to the team. “We just competed. We did a better job communicating. We did a better job of cover threes early on in the second half. We just competed and played hard,” John Wall explained.

Bradley Beal on the key to the strong defense "Probably just effort. We were all committed individually and then as a team of being on the same page. … Our communication was a lot better, probably the best we've had all year." pic.twitter.com/ealYLHrggB

I often groan when Wall is taking midrange jump shots early in the shot clock. I am pretty sure Brooks does as well. The manner in which Brooklyn plays defense somewhat forces teams to take such poor analytic shots. In the first quarter, Wall took three midrange shots in a short amount of time. He made them all. The five-time All-Star would finish with 30 points on 12-of-24 shooting including 3-of-6 from beyond the arc (he had a ridiculous heat check late in the game) to go along with nine assists and five rebounds.

Wall’s buddy also continues to play well despite having to come off of the bench. Morris had 20 points on 9-of-12 shooting, seven rebounds, three steals, and two blocks in under 29 minutes. In the fourth quarter alone, the big took over the game on both ends of the court. In just ten minutes of play, Morris was a perfect 7-of-7 from the field for 15 points. He was on fire in the paint, beyond the arc, and in between. More impressively to me was Morris’ role in at least three superb defensive plays in the final frame. Early in the quarter, Morris was switched onto Spencer Dinwiddie on the perimeter and the power forward was able to take the ball away from the Nets guard leading to a dunk for Beal in transition. Since coming to D.C., Washington has always been tough to beat when Morris is playing his best basketball.

“He’s been terrific, I’ve said it multiple times. He’s been terrific in this role. He accepted it and he understands it’s best for our team and it probably ends up getting him a little bit more minutes and opportunities to get more touches. … I think he just plays with more urgency. ”

Bradley Beal on Markieff Morris having 15 points in the 4Q: "We loved the matchup that he had. … He’s embracing the role now and he’s getting a lot shots, getting a lot of looks in the second group. Down the stretch he comes in with us so I think it plays out pretty perfectly." pic.twitter.com/LvOy0Qd7I8

It is no secret that Kelly Oubre has been struggling so far this season, especially with his shot from deep where he is just 28.2 percent. Credit the 22-year old for putting in work after the win where he had five points and three rebounds in 22 minutes. Despite playing at a position that makes him run at less than peak efficiency, Brooks made a smart decision to start Satoransky for the first time this season because it adds a piece that is consistently playing smart basketball to a unit that was getting gutted to start games. In 26 minutes of play, Satoransky had seven points on 3-of-4 shooting, three assists, and a rebound, which is not too impressive, but executing the fundamentals and doing so well does not always show up in the basic box score. Brooks hinted that the Czech product will continue to start and could not have more nice things to say about Satoransky.

On how Tomas Satoransky played tonight:

“Tomas Satoransky came in and gave us a lot of great effort. He’s not going to get a lot of points, but he’s going to do everything to make sure he is in the right spots and he knows his roll, he understands it, and I thought he was a big part of our win.”

On why Tomas Satoransky was put in the starting lineup tonight:

On if Tomas Satoransky will keep starting:

“I definitely see him starting next game. He’s a ball mover. He hustles. He does everything that when you first started playing the game, you did. You share the ball and you play as hard as you can. And when you do that, I needed to reward him. And I think it’s well deserved. The team loves it because he plays hard and you celebrate his effort.”

Next Game: The Wizards begin a four-game road trip starting with a game at Madison Square Garden against the New York Knicks on Monday.