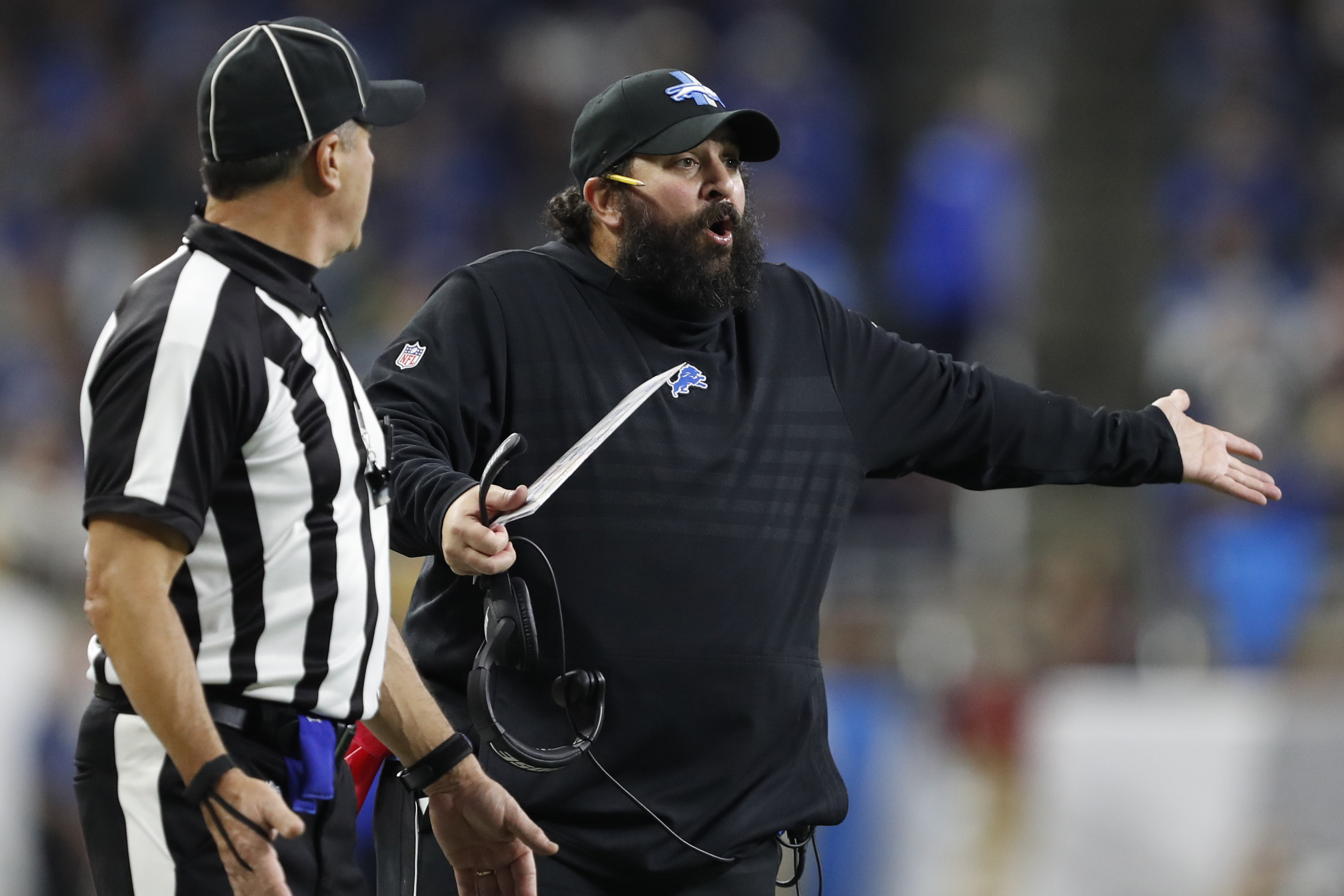 The Detroit Lions (4-7) host the Los Angeles Rams (10-1) today. These two teams are trending in opposite directions as L.A. has only one loss on the year (Week 9 to the New Orleans Saints, 45-35) while Detroit has one win in their last five contests.

The Rams head to Ford Field with a chance to clinch their second consecutive NFC West division title. They can do so with a win versus the Lions or a loss by the Seattle Seahawks, who play the San Francisco 49ers.

Los Angeles comes to town off of their bye week. Their last game was a Monday night thriller in Week 11 against the Kansas City Chiefs where they pulled out the win, 54-51.

Detroit, on the other hand, is coming off a loss on Thanksgiving to the Chicago Bears. They lost that holiday showdown, 23-16, after quarterback Matthew Stafford threw a pick-six late in the game.

On the year, Stafford has thrown for 2,841 yards, 17 touchdowns and 10 interceptions. He has been hampered by the loss of top wideouts Golden Tate (traded to the Philadelphia Eagles earlier in the year) and Marvin Jones Jr., who was placed on injured reserve earlier in the week.

His QB counterpart in this one, Jared Goff, has played on a completely different level this year. Leading one of the most potent offensive attacks in the NFL and surrounded by a plethora of talent at the skill positions, he has led the Rams to 35.4 points per game so far. Through 11 games, Goff has thrown for 3,547 yards, 26 TDs and only six INTs.

His favorite target has been wideout Brandin Cooks. The former Saint and Patriot has racked up 964 yards and three touchdowns on 59 catches on the season.

But when you talk about the Rams, you can’t forget to talk about the engine that makes this team run. Running back Todd Gurley II has been a man on a mission this season. Coming off a 2017 season where he had over 2,000 total yards and 19 touchdowns, he is on pace to top those numbers.

As for the Lions offense around Stafford, they will be without rookie running back Kerryon Johnson for a second straight game with a knee injury. They will rely on LeGarrette Blount and Theo Riddick to man the backfield versus Los Angeles.

Blount, who has struggled mightily this season, had his best game on the year against the Bears on Thanksgiving. In that contest, he had 88 yards and two touchdowns on 19 carries. Riddick may have played his best game as well as he had 60 total yards on nine touches.

As for the receiver position, Stafford will have to rely on second-year man Kenny Golladay. The Northern Illinois product has emerged as Detroit’s biggest threat this season, especially with the departure of Tate and injury to Jones Jr. He leads the team with 804 receiving yards and five TDs on 53 catches.

On the defensive side of the ball, both teams have been mediocre. Detroit is giving up 26 points per game while L.A. is giving up 25.6. The Rams may get some help back in their secondary, though, as cornerback Aqib Talib has a chance to return against the Lions. He has missed eight games after getting injured in Week 3.

But now time for the prediction. The Rams are one of the best teams in the NFL and are certified Super Bowl contenders. The Lions are bottom feeders who very well may end up with a top ten pick in the 2019 Draft.

I think this L.A. offense will be too much to handle for the Detroit defense. Goff and Gurley II should have huge games. While Stafford and the Lions may be able to put up some good-looking offensive numbers against a sub par Rams defense, they will not be enough.

Los Angeles will leave the Motor City with a win, the NFC West crown and the best record in the NFL.