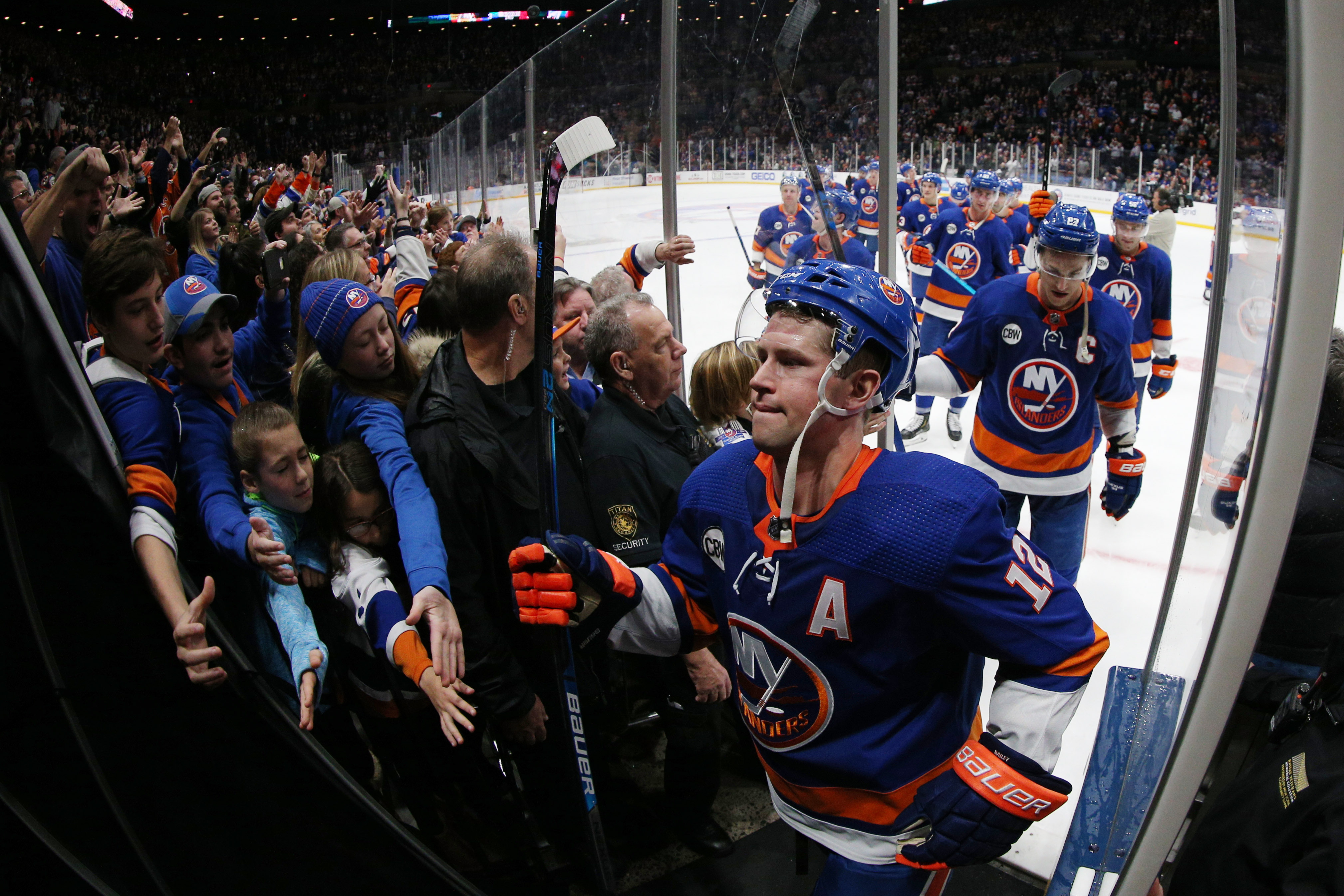 UNIONDALE, N.Y. — Anthony Beauvillier stood at his stall on Saturday night still trying to absorb the magnitude of what had just transpired over the last two and a half hours on the ice, and what had gone over the course of the day off of it.

It was Beauvillier’s goal at 15;24 of the second period that tied the game against the Columbus Blue Jackets at two and sent the Nassau Coliseum into a frenzy. The 21-year-old’s celebration matched the exuberance of the 13,917 fans that had shown up to see the Islanders back at the Coliseum for the first time since 2015.

“I had goosebumps,” Beauvillier said about the entire experience. “It doesn’t get any better than that.”

The moment was just a small piece of what made Saturday night so special as the Islanders returned to their former home to play the first of 21 games that will take place there. And the night was a reminder of just special a place the Nassau Coliseum is to the Islanders and their fans.

While the venue had undergone $165 million worth of renovations following the Islanders departure in 2015, not much had really changed with the Coliseum. Sure, there were fewer seats and the building was given a cosmetic facelift, but the heart and soul of the place remained the same.

And that’s a big credit to the fans.

“Driving home from practice this morning and seeing people in the parking lot at 11:30 in the morning and then stepping onto the ice for warmups was a different atmosphere,” Casey Cizikas said. “That was crazy and that was something we built off of. When (the Blue Jackets) started to have a push the crowd got into and got the moment pushed back to our way. We fed off that.”

Once inside, the madness continued as the fans were electric from warmups on, even signing along with the National Anthem at the start of the game.

“The only way to describe this is that we are home,” said Frankie Borrelli, a longtime Islander fan and Barstool Sports personality. “You just get the goosebumps just looking at this arena. See all the fans back home.”

Borrelli, who is also the son of Borrelli’s Restaurant Cafe & Pizzeria owner Frank Borrelli, remembered growing up around the building and his progression as a fan from having to sneak into the games to becoming a season ticket holder and now to his association with Barstool Sports.

It was thanks to his current position with the famed sports website that he was able to bring the Barstool Sports RV to tailgate at the Coliseum parking lot.

“The fact that non-Islander fans are caring about an Islander game means the world to me,” Borrelli

The Islanders won’t return to Nassau Coliseum for another eight days, when they face the Pittsburgh Penguins on December 10, but Saturday’s return exemplified what the Coliseum means to the franchise and how much its atmosphere impact the game thanks to the fans.

It was nothing new to head coach Barry Trotz who had been on the opposite side of things back in 2015 as coach of the Washington Capitals. He walked the path between the Marriot and the Coliseum during that first-round playoff series three years ago and he remembered the fans giving it to him a bit as he walked away from them.

“Worst thing I ever did,” Trotz said with a chuckle.

This time around it was a much friendlier welcome. When Trotz had to walk from his office to the postgame press conference he had to walk through the lower lobby and the fans. He was greeted with chants of “Barry Trotz.”

“Look how much fun they’re having,” Trotz said as the fans could be heard chanting on the concourse still. “They’re having fun before the game. they don’t want to leave. It was loud. It was a fantastic atmosphere. We play with that atmosphere all year that’s good for at least a dozen points.”