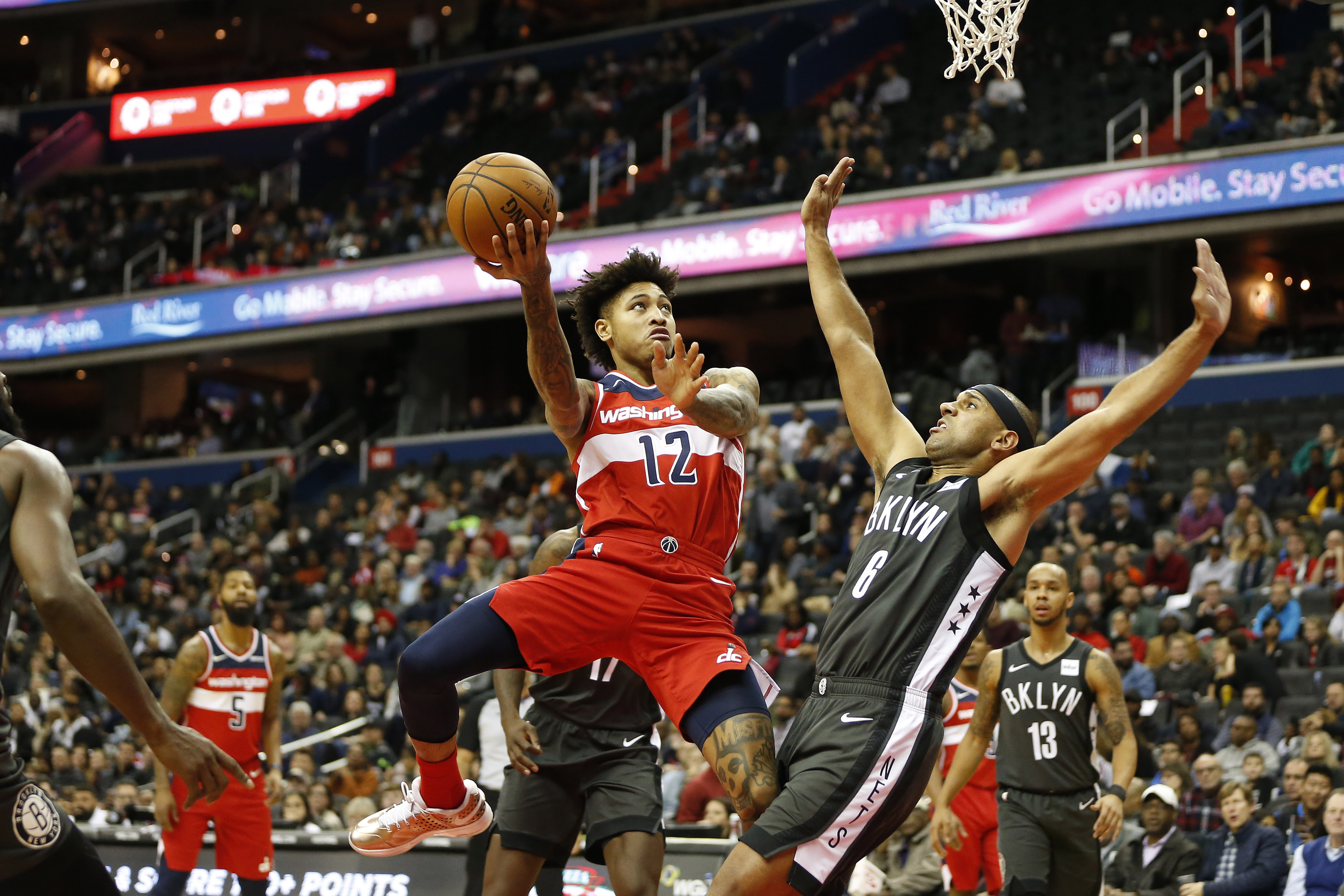 PHILADELPHIA – Kelly Oubre Jr. knows the transition from high school to college can be a volatile time for young people. So, he is trying to make that a little easier by awarding scholarships to kids in New Orleans, his hometown, and Washington D.C. This is the third year that Oubre has distributed scholarships according to his proud pops. He could care less about the publicity and fame that comes with giving back to the communities that helped shape who he is today; hence he admitted he did not know the total number of scholarships he awarded. For Oubre, this is one of his many responsibilities that comes with having the platform of being a professional athlete.

“I mean honestly, that’s what me being in my position of being in the NBA and being somebody, people look up to, it’s kind of what I feel like my calling is,” Oubre said. “Because it’s about the next generation. I just got to continue to provide for them and help them feel like they can do whatever they want to do.”

Kelly Oubre Sr. talks about his son, @KELLYOUBREJR, continuing to give out scholarships to young students in his hometown of New Orleans #Respect pic.twitter.com/y1tRgB0q7c

Oubre greeted and took photos with kids from both St. James and St. Augustine High Schools in New Orleans when the Wizards took on the Pelicans. In addition to giving them scholarships to help further their education, he gave them some life advice that he lives by: believe in yourself and you can be whatever you put your mind to. Though it may sound cliché, Oubre said that he practices what he preaches and encourages the younger generation to do the same.

“(I told them) keep your best foot forward,” Oubre said. “Don’t let anybody tell you what you cannot be. It’s all in here. It’s all up here and believe you can do it. That’s pretty much it. It’s very simple message but these are messages that I live by. Nobody going to tell me what I’m going to be in the future. Nobody going to tell me what I can’t accomplish. So, it’s just a little token of my appreciation to show that they’ve been working hard. And that they need to keep going.”

Oubre will turn 23 years old next week on December 9 and knows what it is like being in these kids’ shoes. However, he has had things a little harder because his entire life has been under a microscope since high school. Having these experiences, he said he had to learn a lot of things first-hand and is trying to lead by example. He hopes by using his platform to encourage others that come after him to help them not make the same mistakes he’s made.

“I was raised through the fire,” Oubre said. “I ain’t really have a lot of experience or anything growing up. I had to learn a lot of things the hard way, which I’m still learning. In that aspect, I can relate to them. I’m definitely still learning, and they’re still learning about life.”

Oubre said this is just the beginning of his giving back as he is planning to continue to give out scholarships and being a positive role model. Despite being young himself, he already understands the importance of leading by example and changing the lives of people who are less fortunate. It’s quite the transition leaving the structured life in high school to the “do it yourself” world of college, but Oubre is making that adjustment just a little bit easier for the leaders of tomorrow.