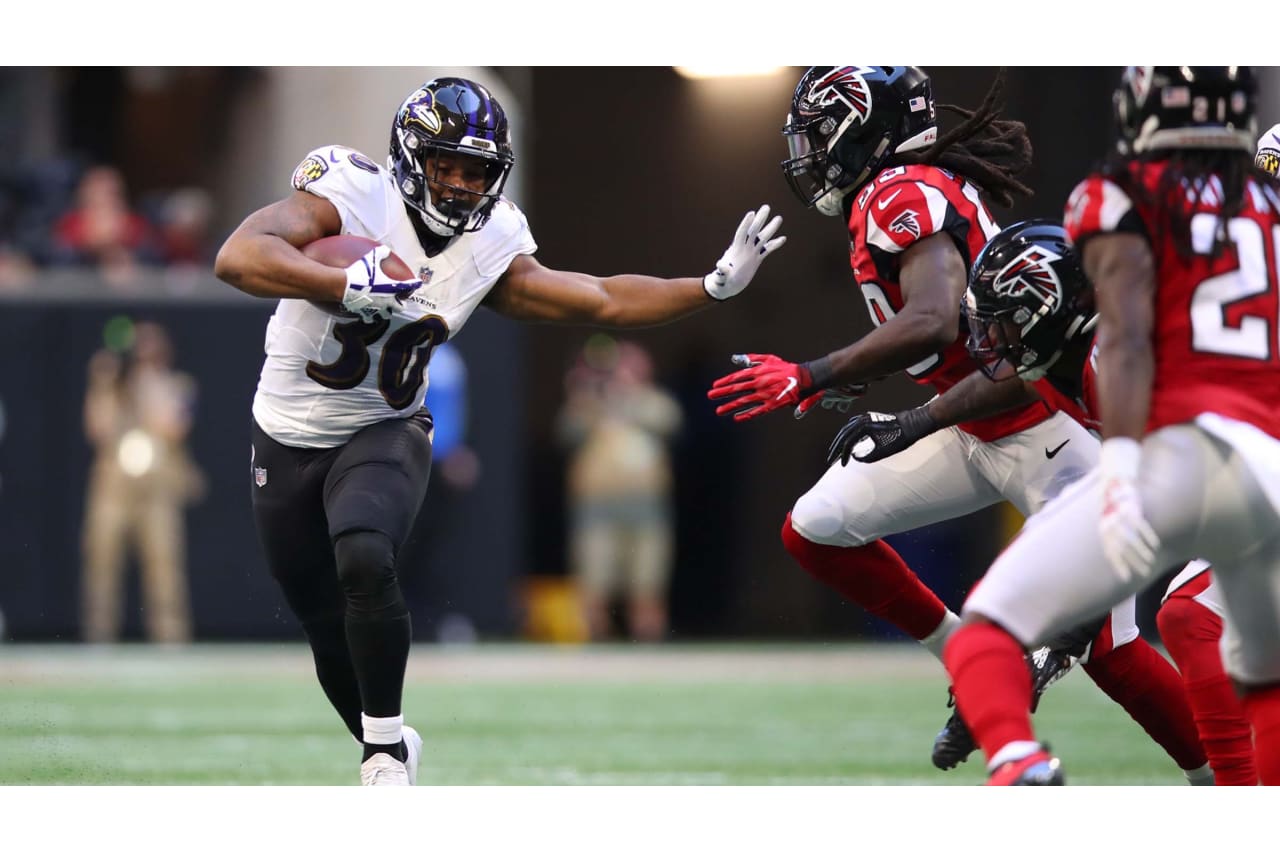 Everybody talkin’ ’bout how Lamar Jackson won his 3rd straight game at QB for the Baltimore Ravens.

But pump the brakes! The real story of the game is how the Ravens’ D put pressure on Matty Ice from which he never recovered.

Rookie Lamar Jackson ran for a touchdown and Baltimore’s defense turned in a dominating performance, leading the Ravens to a 26-16 victory over the reeling Atlanta Falcons on Sunday.

The Ravens (7-5) have bolstered their AFC wild-card position since Jackson took over at quarterback for the injured Joe Flacco.

After two straight starts at home, Jackson got the nod for the first time on the road in the NFL. The 2016 Heisman Trophy winner had some shaky moments — and left for one series to be checked for a possible concussion — but he provided enough to send the Falcons (4-8) to their fourth straight loss.

Facing a once-dynamic offense that led Atlanta to the Super Bowl only two seasons ago, the Ravens finished with a commanding 366-131 edge in total yards and held the Falcons to just 2 of 9 in third-down situations. Ryan was 16 of 26 for 131 yards and went down three times on sacks. The running game continued to struggle, accounting for just 34 yards on 15 carries.

Jackson completed 12 of 21 for 125 yards and scored Baltimore’s only offensive touchdown on a 13-yard run in the first quarter , getting to the corner pylon after keeping the ball on a possible option.

The Falcons, mired in their longest losing streak since a six-game skid in 2015, played before thousands of empty seats at Mercedes-Benz Stadium and heard plenty of boos with the clock winding down. The only excitement was provided by Vic Beasley, who picked up a fumble after Grady Jackson knocked the ball loose from Jackson.

Beasley took off on a 74-yard return , huffing and puffing toward the end of his long run but finding enough energy to spike the ball over the goalposts, giving the Falcons a short-lived 10-7 lead in the second quarter. The Ravens tied it up before halftime and dominated the final two quarters.

Ravens: Jackson missed one series in the third quarter while being evaluated for a concussion, clearing the way for Robert Griffin III to get his first significant playing time since 2016. Griffin went 2 of 4 for 21 yards, guiding the Ravens to a field goal, before Jackson came back in the game. Also, OG Alex Lewis left with a shoulder injury.

Falcons: TE Logan Paulsen went out in the second quarter with a knee injury. LB Foyesade Oluokun (knee) went out briefly but was able to return.