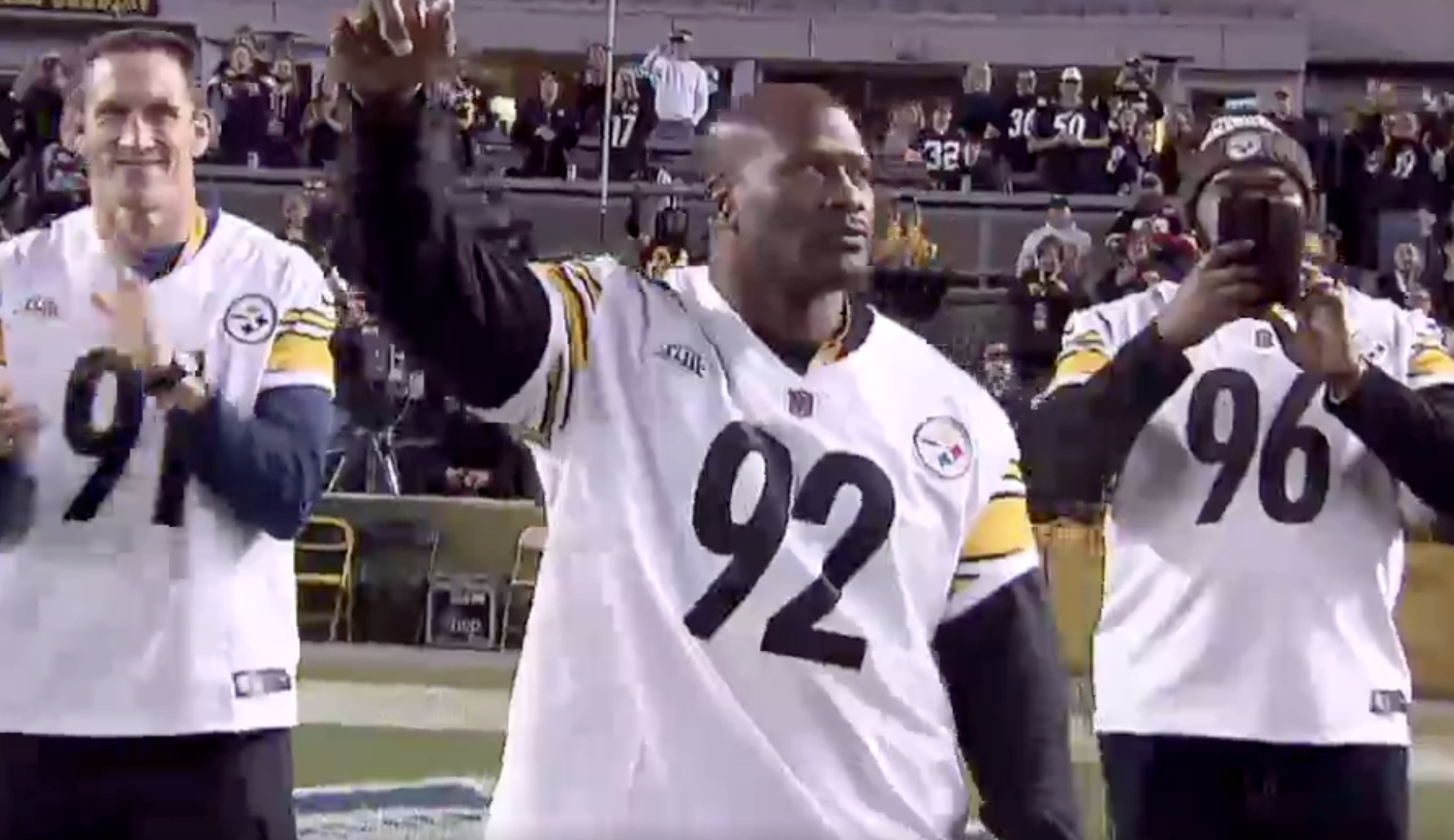 The Steelers began the new month by hosting alumni weekend, which seemed to be good timing, given that the team hosted the Chargers in a primetime game on Sunday Night Football.

Pittsburgh welcomed back a number of Steelers greats, including players who participated in Super Bowl XIII or Super Bowl XLIII — both of which the team emerged victorious in.

As such, former linebacker James Harrison — who finished his career as a member of the Patriots — was welcomed back to Heinz Field. There was some talk about him possibly receiving a mixed reaction from fans, but that clearly wasn’t the case.

Fans showered him with praise when his name was called at halftime of Sunday’s game during the ceremony, as you can see below.

You can also watch a full video of the ceremony, if interested.

#LIVE: We honor the anniversary of our championship teams from Super Bowl XIII and Super Bowl XLIII. https://t.co/WD56nlmQxr

Before the ceremony began, Harrison made it very clear that he didn’t think leaving the Steelers for the Patriots was anything he had to be forgiven for.

“Forgive me for what?” Harrison asked. “If they’re upset about it, that’s their problem. Like I said, it’s part of the business that you can’t get past. Fans are loyal to an organization, and when the time comes for an organization to be loyal to a player,  it’s a business, When it comes time for a player to be loyal, at the end of the day, it is a business.”

It appears that both Harrison and Steelers fans were in agreement there, as he was welcomed back to Pittsburgh with open arms.