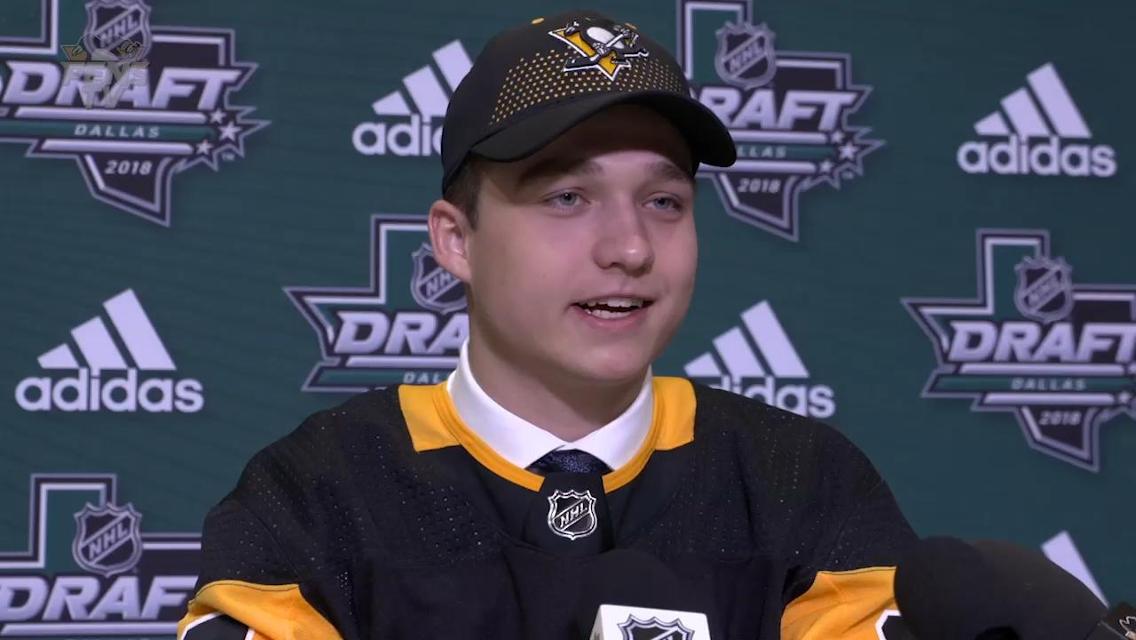 The Holiday season is here again and that means the World Junior Championship is right around the corner. This means some of the world’s most elite young hockey talent will descend on Vancouver and Victoria, B.C. at the end of this month from Dec. 26 to Jan. 5. And among the rosters overflowing with talent one name will definitely stick out to Pens fans.

Lethbridge defender and Penguins 2018 draft choice Calen Addison was announced as one of 34 players invited to Team Canada’s World Junior Selection camp. While only 23 players will ultimately make the team this is the first time a Penguins-affiliated Canadian has come close to making the roster since Derrick Pouliot made the team in 2014.

Addison has made a name for himself offensively in the Western Hockey League (WHL) where he plays alongside fellow Penguins prospect (and self-described best friend) Jody Bellerive for a strong Lethbridge Hurricanes squad. Addison has been a fun player to watch develop into himself out west. Last year, he scored at a 0.96/points-per-game rate. This year, his 28 points in 27 games is good for more than a point per game (1.04). Those numbers see him come in fifth in backend scoring and third among WHL blueliners in assists (24). It’s still early but so far this season he’s making the Penguins look smart to use a second-round selection on him.

The undersized defender (listed at just 5’10”) has really impressed lately among his WHL peers. On November 23rd he was named Second Star of The Week in the WHL. This honor was due in large part to his second career five-point game which saw him miss out on first star honors to teammate Dylan Cozens who notched a hat trick in the same game. Addison’s strong offensive game could be a major asset to the team in Vancouver as they look to repeat as WJC Champions.

Elsewhere in Pennsylvanian hockey, Penn State hockey player and Devils prospect Aarne Talvite has been named to Finland’s World Junior Camp roster. The 5’10” forward out of Espoo in Finland has 14 points in 15 games so far this season. He was drafted 160th overall in the 2017 NHL Entry Draft.

Team USA has yet to release its camp roster for the tournament though it is expected that top prospect for the 2019 NHL draft and USNTDP player Jack Hughes will be on the squad.

Last year, the Penguins had a lone representative in Filip Gustavsson at the illustrious tournament. He was then part of the Brassard trade and is now playing with the Belleville Senators.