Amari Cooper Could Get Even Better With Tavon Austin Returning 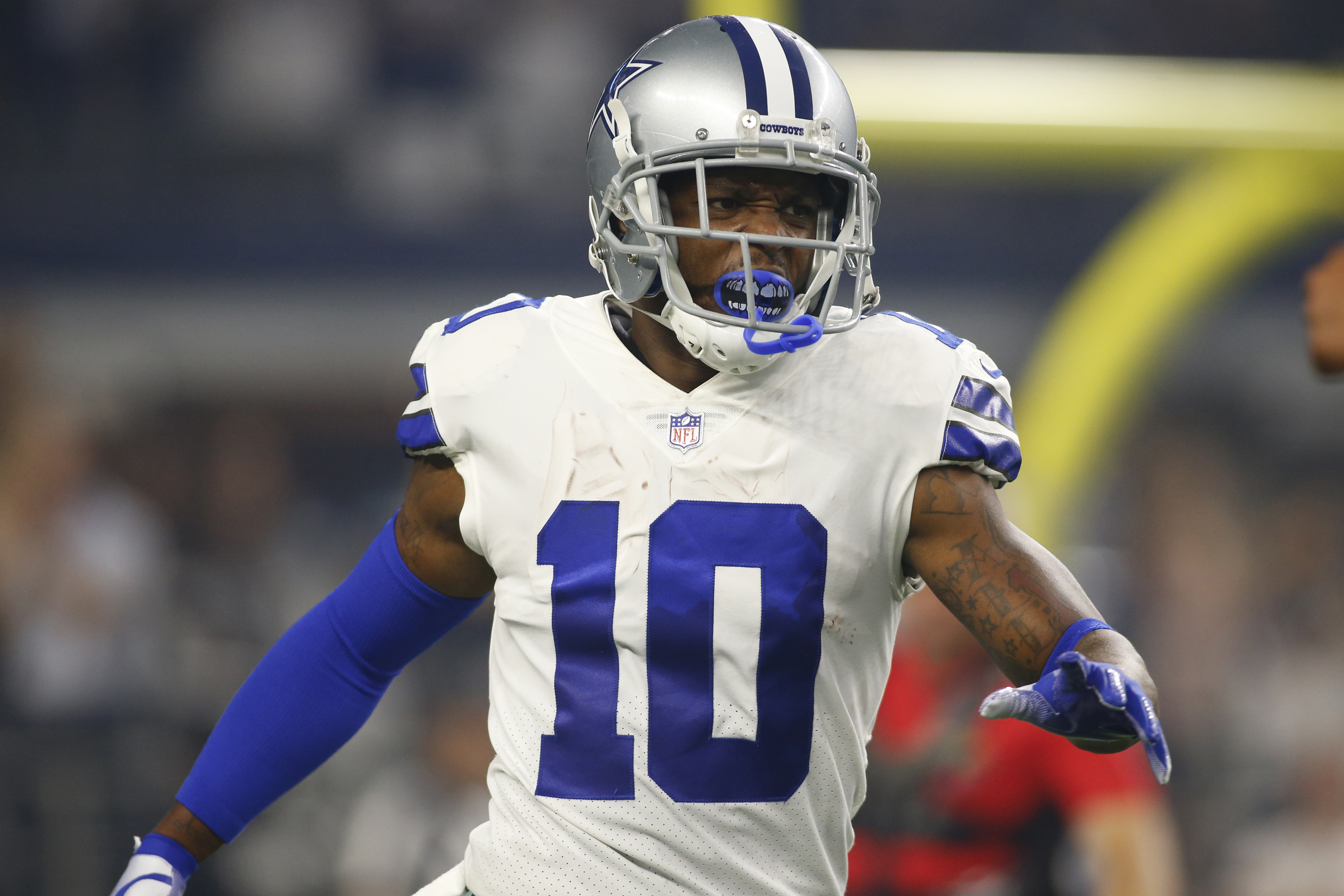 Amari Cooper Could Get Even Better With Tavon Austin Returning

A few weeks ago, the speculation of the Cowboys giving up a first-round pick for Amari Cooper was a fair one to contemplate. The 24-year old was coming off a poor season, tallying 48 receptions for 680 yards after a pair of 1000-yard years.  In addition to that, Cooper has had issues with drops in his career.

Fans might have thought this was Roy Williams all over again.

In five games since joining the Cowboys, those issues can be put to rest. Cooper has tallied 30 receptions for 424 yards and three touchdowns. Amari exploded during a crucial divisional showdown against the Washington Redskins with eight catches for 180 yards and two touchdowns.

Of course I am talking about Tavon Austin. The Cowboys traded a sixth-round pick to the Los Angeles Rams during the 2018 draft to nab the speedy West Virginia product. Austin has been out since the Jacksonville Jaguars game with a groin injury. The 27-year old has just seven catches for 130 yards and two touchdowns on the year. On the ground, Austin was featured in jet sweep packages until being replaced by corner Jourdan Lewis due to his injury. On that front, Austin rushed six times for 55 yards.

Modest numbers to say the least…

His biggest play on the year arguably came months ago when he caught a 64-yard touchdown pass from Dak Prescott against the New York Giants.

Forget the numbers for a moment.

Austin’s presence alone should give defenses problems now that the Cowboys have a threat on the outside with Cooper. It is another wrinkle for Jason Garrett and Scott Linehan to play around with. On the flip side, it is another nightmare for opposing coordinators to deal with.

When you add a guy with 4.34-speed to an offense, it is bound to give an elite route runner like Cooper more opportunities over the middle of the field. Cooper’s separation is what this team was lacking, and now you essentially bring in a explosive free agent to a new offensive scheme. Speed kills when you put it on the field with an array of talent.

I have not even touched on Ezekiel Elliot, who’s 1,150 yards is only behind Todd Gurley for the league lead. An Austin return, along with the potential one of Tyron Smith, should open up this offense even more.

It also comes at a crucial time with the status of Cole Beasley being uncertain. Beasley suffered a sprained foot in the Cowboys win over the Saints, but the injury does not appear to be serious.

Look at this way, Elliot and Austin in the backfield. Michael Gallup, Beasley, Cooper set up on the outside. Let’s not forget Dak Prescott’s ability to run the football. Prescott has 63 attempts for 301 yards and five touchdowns on the ground.

That sounds like a pretty good offense to me. At the very least, is is a huge upgrade from the beginning of the year. With the team coming together on this winning streak, it sets up for an exciting time down the stretch with players like Austin returning to the field.