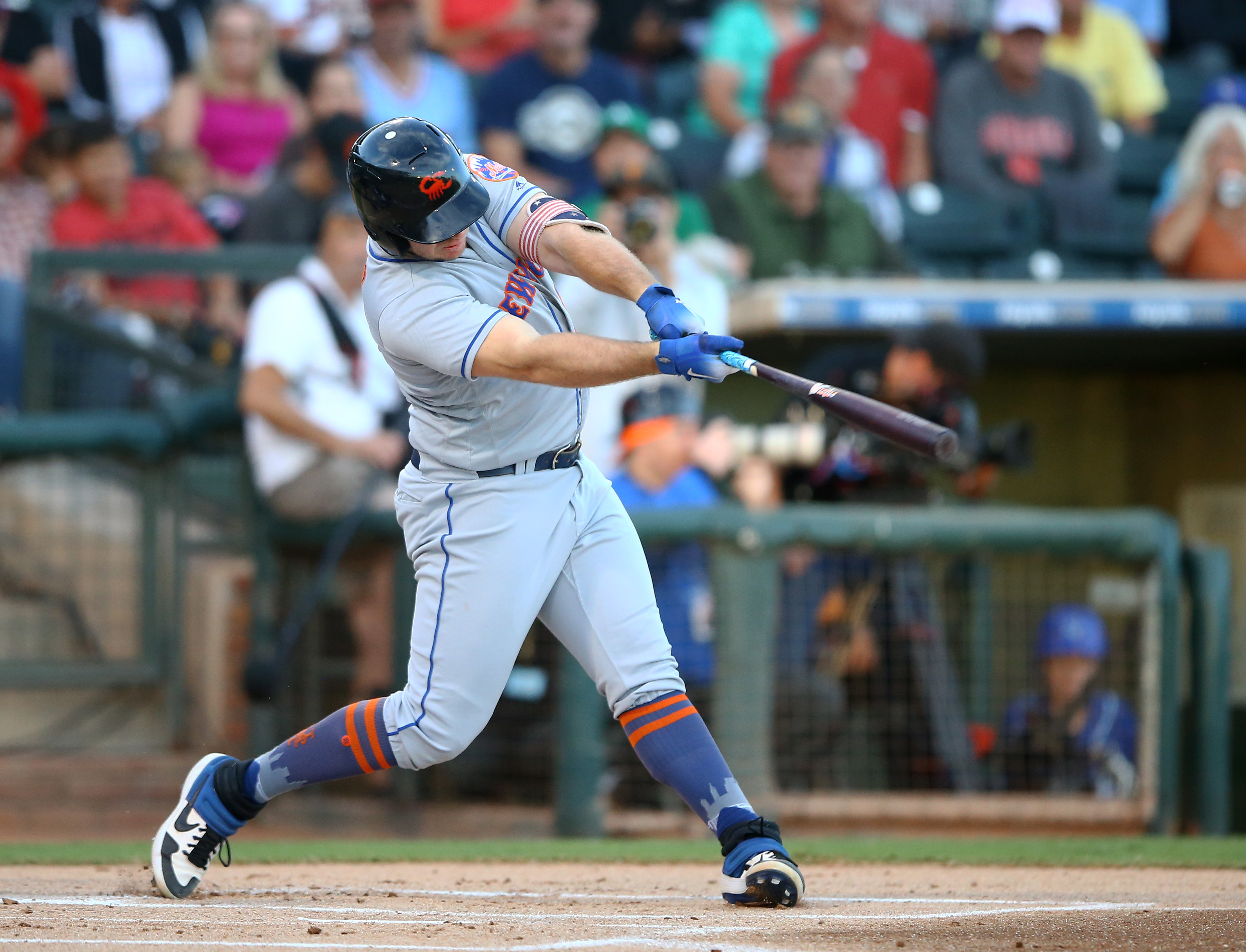 Now that the 2018 season is over, Minor League Mondays will take a look at each of the New York Mets’ minor league affiliates over the next several weeks. This series will take a look at each affiliate’s season highlights, top prospects, interesting promotions, and more. We conclude our series today with a look at how some of the Mets’ top prospects fared for the Scottsdale Scorpions in the Arizona Fall League.

Story: Unlike the traditional minor league structure, each team doesn’t have an affiliate in the Arizona Fall League. The league is comprised of six teams, with each roster being filled with some of the top prospects from five major league teams. The Mets (along with the Reds, Astros, Phillies, and Giants) sent players to be a part of the Scottsdale Scorpions, who were managed by former Met Willie Harris. The Scorpions were competitive in a tight East Division, finishing a game out of first place in the division, but it was not enough for them to advance to the AFL’s Championship Series. Despite that, the experience was valuable for all of the top prospects who got to participate  and get some extra development time in the fall.

1B Peter Alonso: Alonso, the Mets’ second round pick in 2016 out of Florida, continued his breakthrough season by starring for the Scorpions. In 27 games for Scottsdale, Alonso batted .255 while leading the team in home runs (6) and RBI’s (27) by a mile. Alonso was named to the Fall Stars game and hit a homer in the contest for good measure.

OF Desmond Lindsay: Lindsay, the Mets’ top draft pick in 2015, didn’t get a ton of playing time in the Arizona Fall League but he made the most of his few opportunities. In 8 games for the Scorpions, Lindsay batted .286 with three homers and four RBI’s in only 28 at bats. Lindsay will look to build on his strong fall performance entering the 2019 season, where he will likely begin at High-A St. Lucie.

RHP Stephen Nogosek: Nogosek, who the Mets acquired from the Boston Red Sox in the Addison Reed trade in July of 2017, was sent to Scottsdale so the Mets could get him some more game action. Nogosek held his own, tossing five scoreless appearances before giving up four runs over an inning plus in his final two outings of the fall. The end results were a 3.86 ERA and seven strikeouts in 7.1 innings pitched, which isn’t bad for Nogosek, who pitched well for High-A St. Lucie in 2018 before struggling to the tune of an 8.10 ERA in 16 appearances for AA Binghamton. Nogosek will likely begin 2019 with Binghamton as he looks to continue progressing towards the major leagues.