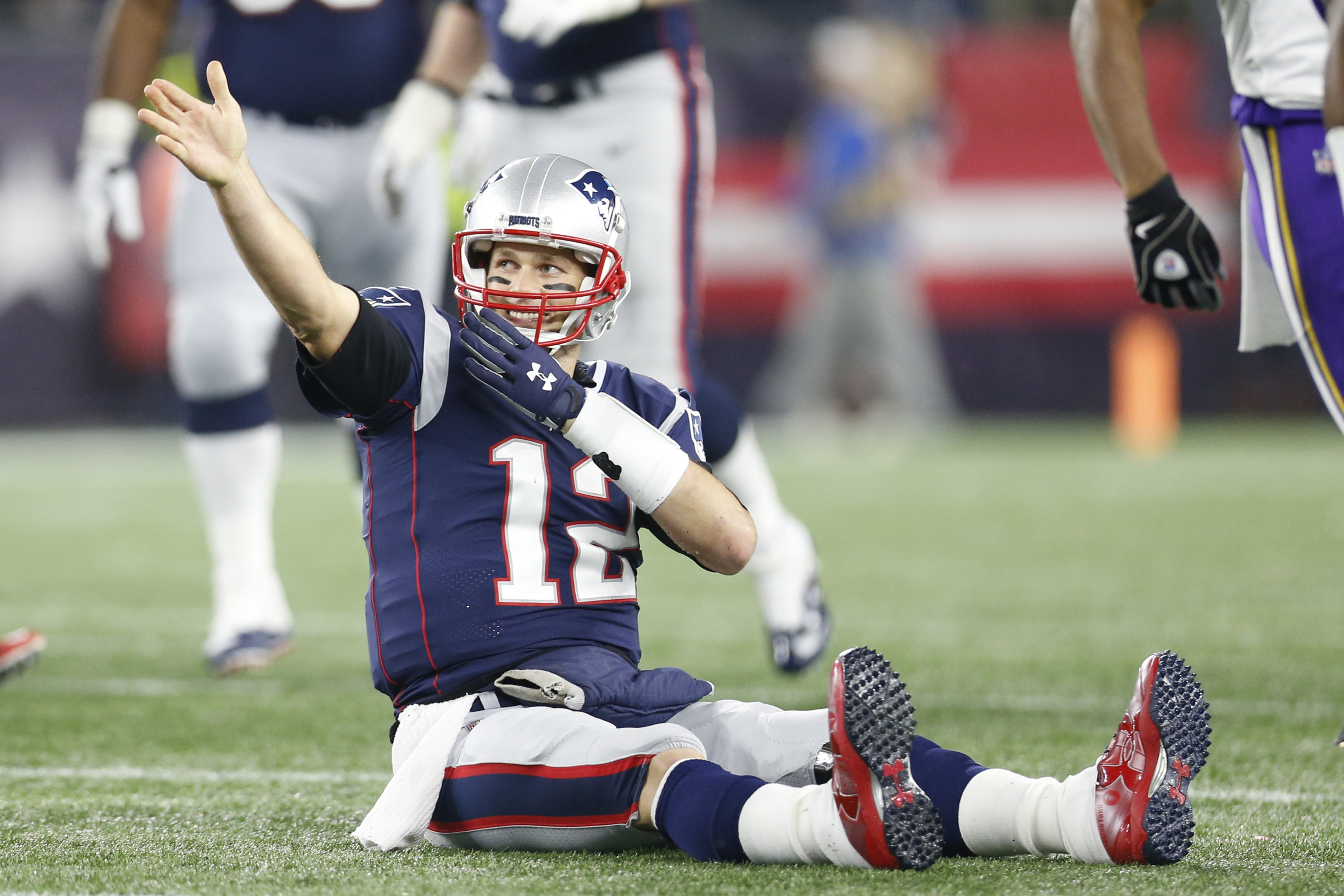 Patriots quarterback Tom Brady trotted himself into the 1,000-rushing yards club in Sunday’s game against the Vikings, and he may be quitting while he’s ahead.

Brady cared so much about the achievement, that he even made sure he was going forward when taking a knee at the end of the game, and pointed to the ref to make sure it wasn’t counted as a loss.

At the end of the game, Tom Brady took a knee forward instead of backwards to make sure he keeps the 1,000 yard mark of rushing.

He even pointed to the ref to make sure he sees it 😂pic.twitter.com/foqXYUDgEg

The 41-year-old quarterback seemed to be pretty elated at surpassing 1,000 rushing yards for his career, and now that he’s won five Super Bowls, maybe he’s now accomplished enough. As such, he took to Instagram to announce his retirement.

“What’s up?” Brady asked. “Nine and three, but you know what? The only reason I’ve been playing 19 years was to get to that thousand yards and I did it, so that’s it — I’m out! Time to ride off into the sunset. …Nah, gotta get back to work.”

Retired for roughly 10 seconds. That didn’t last long. It’s back to work for TB12.