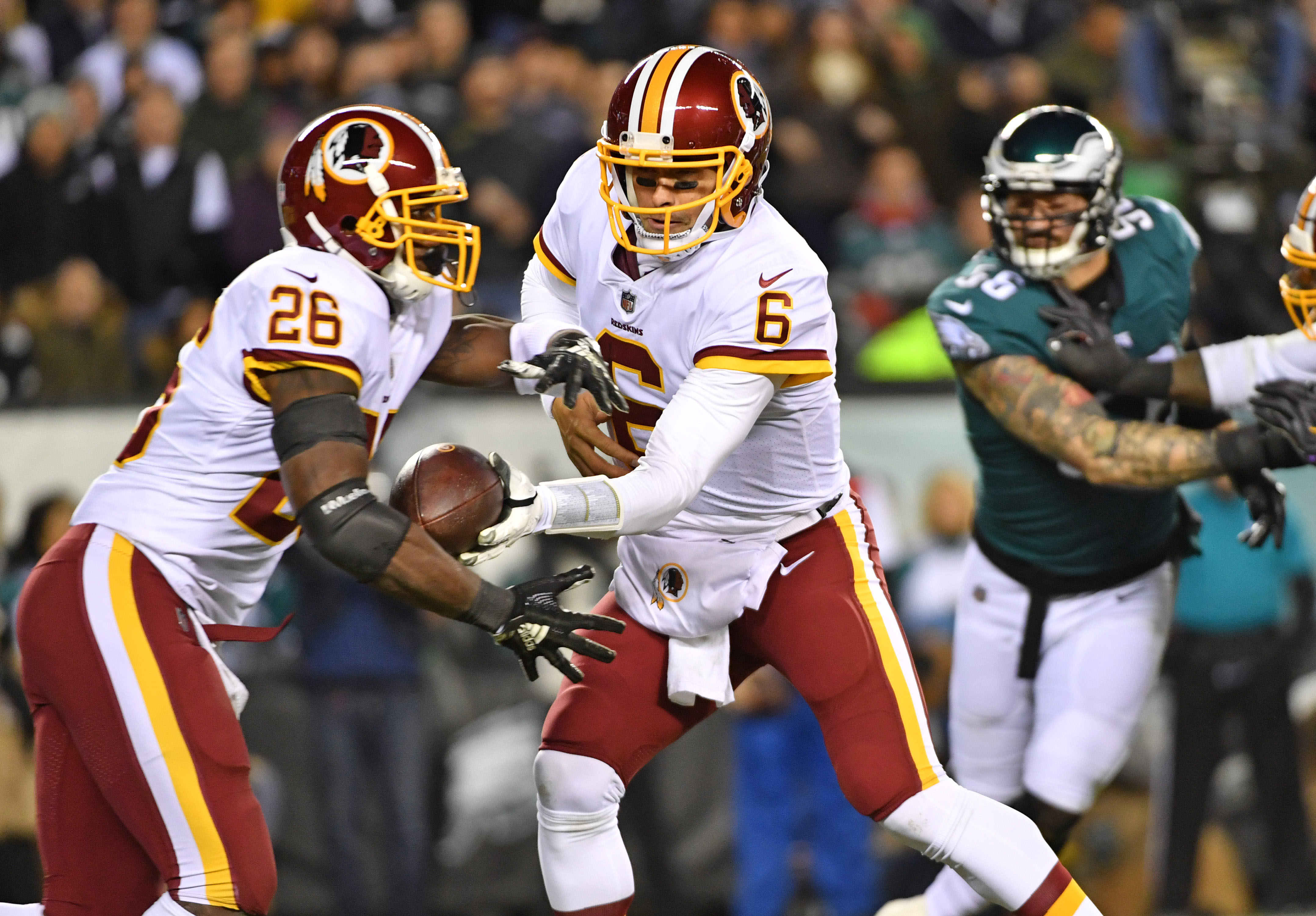 Redskins veteran running back Adrian Peterson may be 33 years of age, but that doesn’t mean he still can’t make opposing defenses pay.

He showed that during Monday’s game against the Eagles, when he made Philadelphia’s defense pay for overcommitting to the run.

Mark Sanchez had just entered the game for Colt McCoy, who left the game with a leg injury, so it was expected that the Redskins would run the ball. Sure enough, they did, and the Eagles were ready for it — putting nine in the box.

The problem is that, for them, a crucial missed tackle had Peterson off to the races, and with both safeties in the box, no one was in the backfield to track him down. The result was a 90-yard touchdown — the longest run of his career.