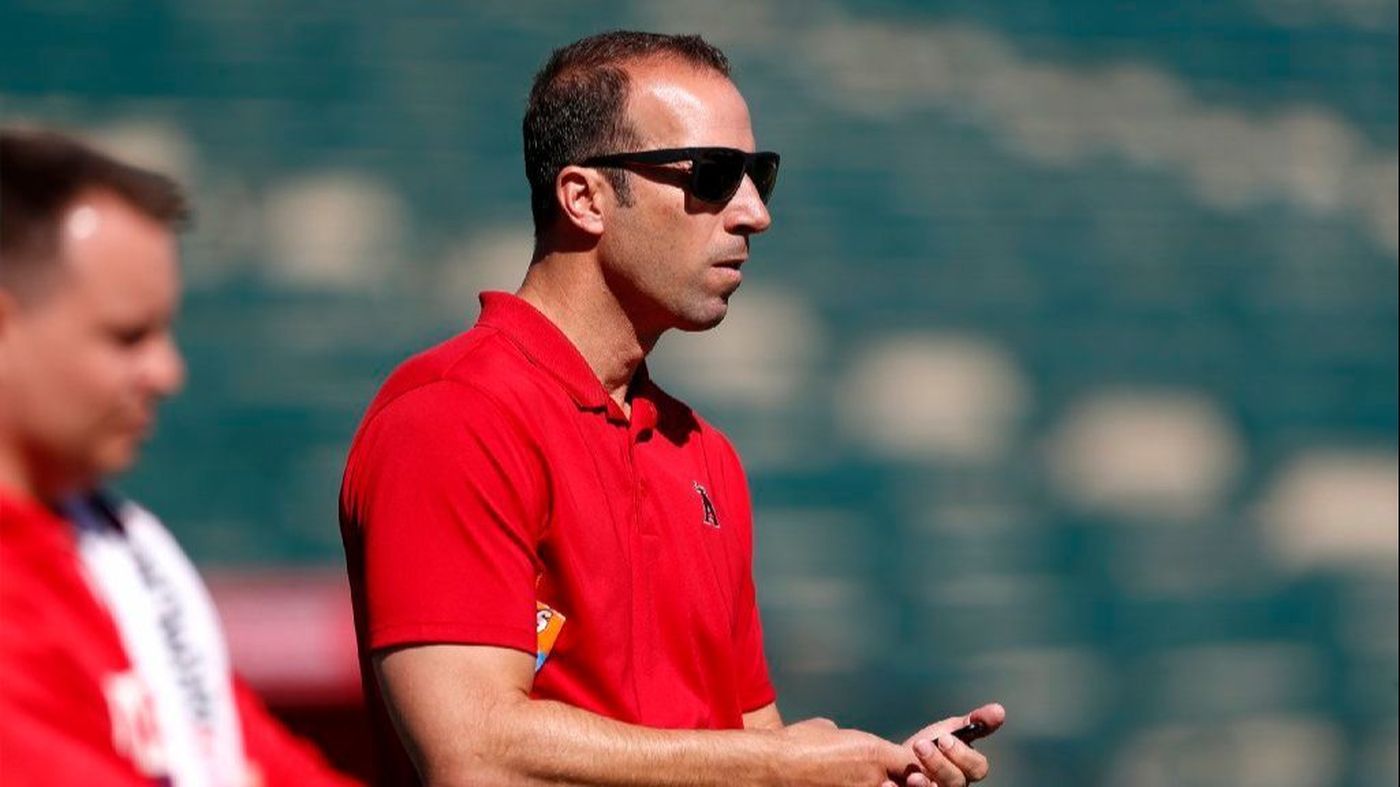 The first years of Eppler’s tenure had a lack of them.

However, in evaluating the Angels as they head into this off-season, it is clear that Billy has more of them with some upper limits to what he can do and achieve.

So with the general understanding of what the likely team goals are as we discussed in the Introduction to this Primer Series let us take a stab at what Eppler might be up to in this current market.

First we need to start with how much Eppler can spend. Based on historical expenditure patterns it appears that Moreno is unlikely to exceed the $190M-$195M mark as seen in the table below:

This means that Eppler, based on our Finances section information, minus the recent subsequent non-tenders of Matt Shoemaker and Blake Parker and barring an authorized increase by Moreno, can spend no more than about $40M or take on contracts that exceed more than approximately $70M in AAV.

As we discussed in the Production section, the Angels could use one or more hitters that are strong against left-handed pitching and can play at one of second or third base and behind the dish. Additionally we need at least one durable starter that can handle right-handed hitters well. Those three holes are the most important to address this off-season.

In addition to that, as outlined in the Depth Charts section, Eppler can, if he so chooses, trade one or more of our Minor League farm assets to improve the team. We have a bit of extra depth in the infield, outfield, and pitching that could be drawn upon as a resource in acquiring a target of interest from another team.

Prior to Ohtani injuring his throwing arm, the Angels seem destined to add a corner infielder but now with Shohei projecting to be the full-time designated hitter in 2019, Albert Pujols will need to be at least a part-time, if not full-time, first baseman.

Because the Angels do not know the full outcome of Albert’s off-season left knee surgery, they also have to plan some contingency moves as insurance which likely includes acquiring one or more first basemen to Minor League deals to play there to begin the season and perhaps all of 2019 in a platoon role in case injury or if age ravages the Machine to the point he is forced to go on the disabled list or worse cannot compete anymore.

Even if Pujols does play, his probable continuing decline in production will force the team to add more offense at the positions that are open for upgrade in order to maintain parity or improve.

Since Eppler values defense so highly (rightfully so) he will likely explore free agents or trade targets that can provide excellent fielding ability in addition to adding some thump or on-base skills to the lineup.

Also, because Ohtani will not be in the rotation, Eppler will almost assuredly be looking to acquire a quality starter, likely, as we said above, a right-handed one. Barring the trade of one of Skaggs or Heaney, which is a real possibility in such heavy left-handed free agent and trade markets, Eppler will likely stay clear of acquiring a left-handed pitcher unless it is someone like J.A. Happ who can handle right-handed hitters.

The bullpen still needs a bit of work but with the acquisition of Ty Buttrey and Williams Jerez in the Ian Kinsler trade, and the eventual return of both Keynan Middleton and J.C. Ramirez, there is a fairly good group of candidates to build a relief corps from for 2019. If the Angels can sign or acquire one more high quality bullpen piece it would add a lot of confidence to the late innings of a ballgame next year. There may even be opportunities to find a promising reliever or two during the Rule V Draft as well.

Billy’s challenge in all of this will be finding the right balance of free agents and trades, while operating within the confines of Moreno’s budget and working toward extending Mike Trout and perhaps others.

This Primer Series is operating under the assumption that Arte stays within a standard financial budget. However as we discussed, Moreno controls how far Billy can go, particularly if it involves a decision to exceed the Luxury Tax threshold, which has only occurred once under his ownership.

What this means is that the next two years, where payroll is still elevated, might be the best time for Moreno to consider exceeding the Competitive Balance Tax threshold. On top of that alignment, you must consider Mike’s current two years of contractual control and the strong free agent market that the Angels can draw from this off-season. There is some really pricey high-end talent and a mix of mid-level players that could come at more reasonable prices.

Adding all of that together has to give some credibility to the idea that overspending this off-season and/or possibly next year makes sense even if it is by a mild amount. They could then reset before they become a 3rd time offender, which, under the CBA rules, would result in a really expensive tax rate. If the Angels really want to maximize their chances this should be on the table in the author’s opinion for the right assets and should be executed at the right time, whether that is pre-season or at the Trade Deadline.

It is of course not our money but the maximum penalty that the team would pay, if they go over the Luxury Tax threshold by no more than $40M, in the 1st year (2019) of violation, would be $10.4M. In the second year it would be $14.4M (2020). The 3rd year would likely become prohibitively expensive. In terms of relative expenditures with the Angels running a maximum $246M payroll in 2019, this is less than 6% in additional money.

In the end, whether he has additional financial resources or not, Billy will need to address the primary holes identified above. Other needs are secondary or even tertiary to those three belly buttons and the bulk of our resources must go to them.

This brings us back around to Eppler’s increased options.

There are many more routes Eppler can take this off-season that can improve the team. Billy has been taking a steady re-tooling approach the last two years but will that change this off-season?

As an example, let us assume that Billy does not exceed $195M in total actual payroll, i.e. he does not spend more than $40M in actual team payroll and no more than an additional $70M in Average Annual Value (AAV). Could he make the following transactions happen?

This would be a powerful off-season. Extending Trout and Simmons long-term would provide a solid base to operate from as both of them exhibit an incredibly strong work ethic and would lead by example on the field.

On top of that we would use some of our excess prospect currency to acquire Robbie Ray from the Diamondbacks and Jedd Gyorko from the Cardinals at the price of Marsh and Suarez respectively. The deals could be for different players but they represent relatively close acquisition prices. Robbie would be a high strikeout type that Eppler values who can get hitters out on both sides of the plate while Gyorko would provide above average defense at the hot corner while allowing Taylor Ward to spend at least one more year down on the farm.

Finally Eppler could use the excess payroll to sign RHP Nathan Eovaldi and C Wilson Ramos. The former would help the team improve against RHH’s (as does Ray actually) and Ramos would add thump particularly against LHP without hurting the team defensively behind the dish. Wilson could probably pick up platoon time at 1B and hitting from the DH spot as well, based on Ohtani’s and Pujols’ health to start the year, as well as giving us a powerful bench bat on his off days.

Depth across the team would be markedly improved. The outfield would have Jo Adell and Michael Hermosillo behind Trout, Upton, and Calhoun. The infield would have Taylor Ward, Jahmai Jones, David Fletcher, Luis Rengifo, and Matt Thaiss. The rotation would have Griffin Canning, Patrick Sandoval, Jesus Castillo, Dillon Peters, and Luis Madero. The bullpen should have enough young arms to build and maintain a solid relief corps. Only behind the dish would we be light and Eppler might have enough payroll space to secure a solid backup catcher too before all is said and done with this off-season.

Certainly there are other scenarios and routes. Maybe the Angels surprise us all and go into a major spending mode to make a big splash in the trade market to compliment some big signings in free agency? Exceeding the CBT threshold by no more than $20M would cost the Angels, at most, $5M in taxes for 2019.

The above is just an example. It is not meant to be gospel, merely a suggestion or path that might be available to the team. There are many, many more but the point is that Eppler should be able to improve the team this off-season and can do so while keeping most of the teams future intact barring some really aggressive trades and spending which is an option that some may or may not agree with but is available with its own potential rewards, pitfalls and risks for the long-term health of the organization.

Bottom line is that the Angels can really commit hard over at least the next two years and see where they land or can continue the gradual buildup of home grown prospects to create a larger, perhaps even continuous, window of contention over the next several years.

Based on Billy Eppler’s actions to-date as General Manager of the Angels, the author suspects that he will get a bit more aggressive this off-season (as exampled above) but will not break the bank or our Minor League system to maintain a steady path forward with Mike Trout in-tow. Free agents will be signed to fill current holes and Eppler will trade prospects from the fringes (guys who are not in our long-term core keepers) or depth (the aforementioned outfield, infield, and pitching depth) of our farm system.

In the next Section we will discuss the Rotation.