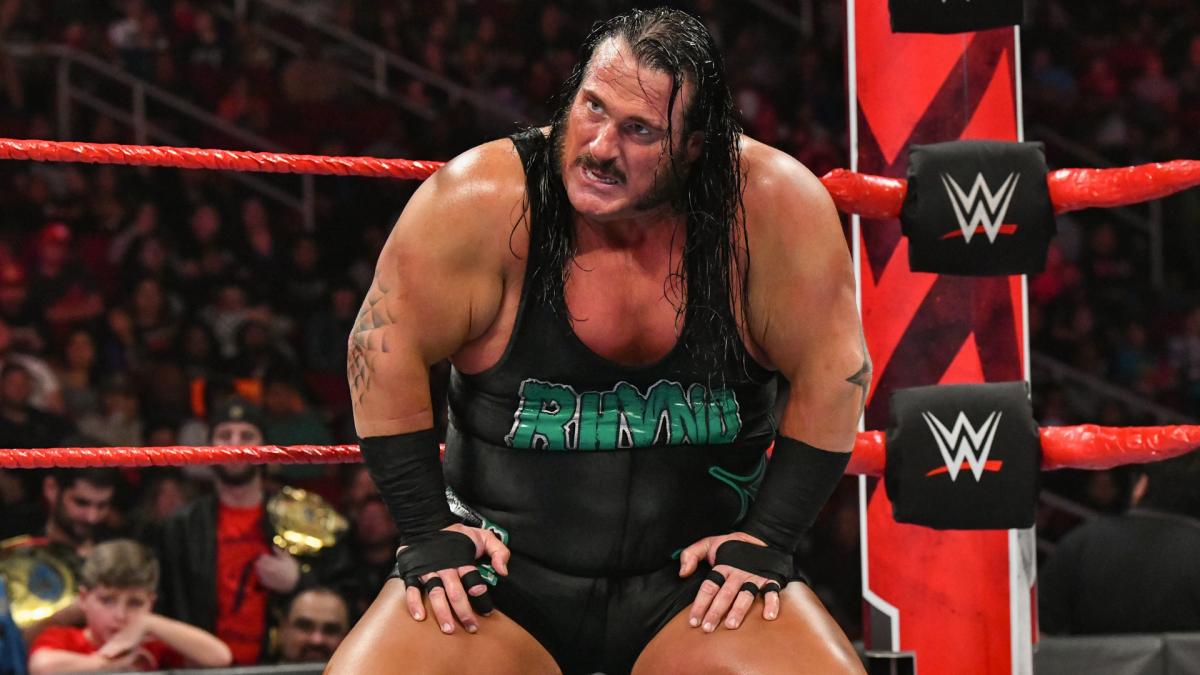 If you watched Heath Slater pin Rhyno on Monday Night Raw, you were likely expecting to see Rhyno shore up on SmackDown or perhaps even NXT in the coming weeks. After all, “retirement” matches are usually just used to create new storylines.

But it appears the in-ring career of Rhyno is actually over, according to SEScoops.

Rhyno and Slater, who have been teaming together for over two years, were approached by acting Raw general manager Baron Corbin backstage. Corbin informed them that at least one of them would have to go as there was only enough room on the current roster for one of them. That would, of course, be decided in the ring.

Rhyno controlled the match, but Slater was able to roll him up for a quick three count, leaving both Superstars to seemingly feel a bit of regret. The show then went to a commercial break.

Rhyno then reportedly addressed the live crowd in Houston, announcing his retirement.

In a later backstage segment, Corbin caught up with the victorious Slater, saying he can stay on the roster as a referee. As for Rhyno, backstage correspondent Dasha Fuentes caught up with him, looking to get his thoughts.

Rhyno’s wrestling career began in 1994 with his first televised match taking place in 1995 as an enhancement talent fo WCW. He found work where he could, mostly on the independent scene in Canada, before breaking through in ECW in 1999.

He would win the ECW Television title on two occassions while also becoming ECW World Heavyweight champion. He was recognized as the last ECW World champion in company history, before it was resurrected by WWE.

His first stint with WWE came in 2001 following the closure of ECW. He received a big push right out of the gate, which included multiple reigns as WWE Hardcore champion.

He worked for TNA and Ring of Honor before returning to WWE in 2015 as a member of the NXT roster. He eventually landed on the main roster, where he would form his team with Slater. Together, they became the inauguarl SmackDown Tag Team champions following the brand split.

In total, Rhyno held five championships during his WWE career. He retires from in-ring competition at the age of 43.