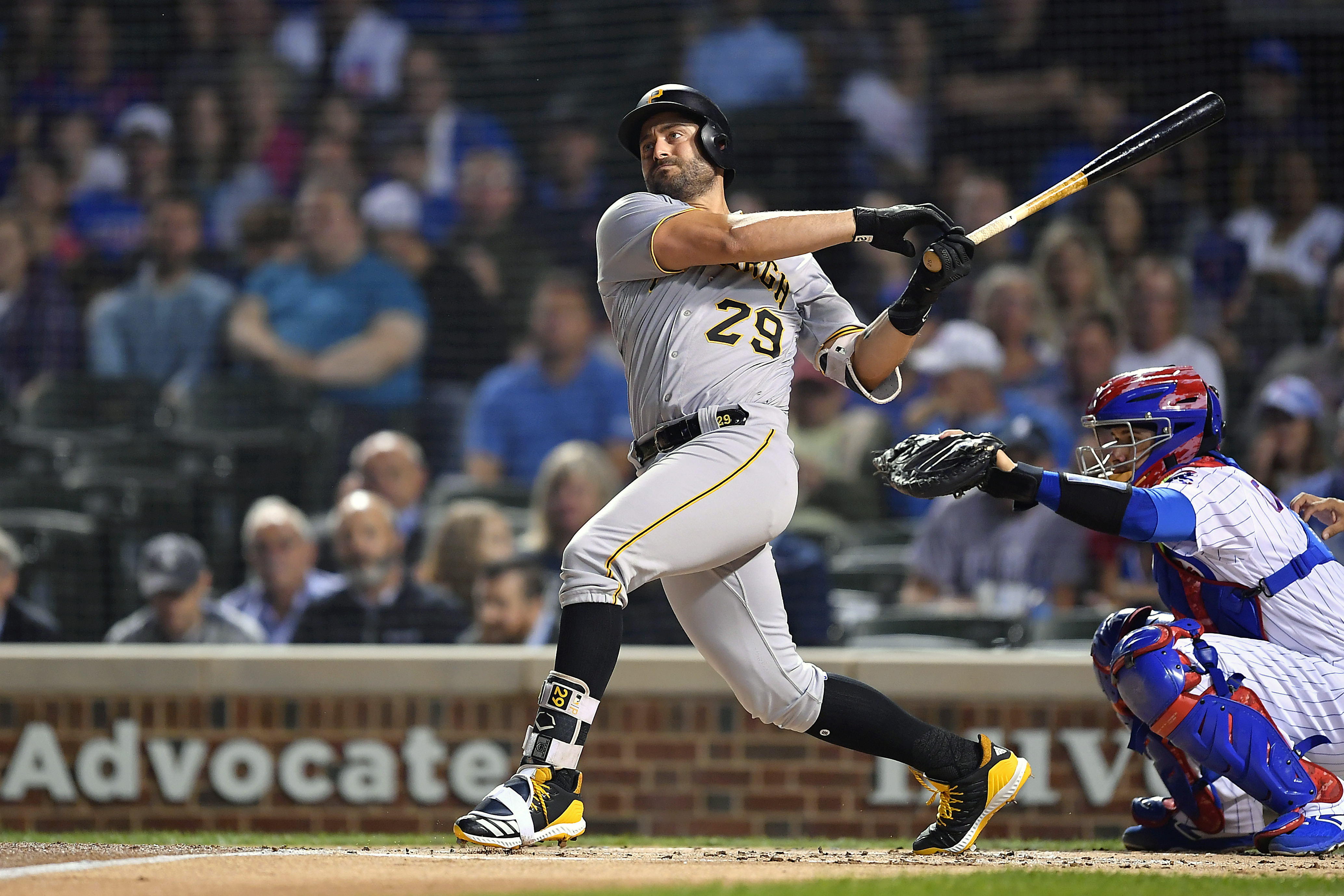 Another new writer! Ian Hanford graduated from IUP with a degree in journalism and currently lives in Carlisle, PA with his wife and two daughters. A lifelong Pirates fan, Ian likes to loudly chant CUETOOOO to his family at random as tribute to his favorite memory while wearing his Jermaine Allensworth jersey.

Pirates GM Neal Huntington did what many Pittsburgh fans wanted him to do last season: he pushed the chips in and went for it.

While last season didn’t result in a NL playoff berth, acquiring Chris Archer and Keone Kela accelerated the team’s window and sent a clear message that this team expects to compete in 2019.

However, Jeff Passan of Yahoo! Sports reported on Wednesday that the Pirates are open to dealing catcher Francisco Cervelli with a “number of teams” involved muddies the waters.

Last season Cervelli slashed .259/.378/.431 in 104 games while setting career highs in home runs (12) and RBI (57). His -1 UZR on defense doesn’t strike fear in the opposition, but there’s no doubt Cervelli has become an integral part of the Pirates offense when healthy.

If the Pirates were to move Cervelli, that would leave Elias Diaz and Jacob Stallings as the catchers entering next season.

Given that Diaz has never played more than the 82 games he played last season, and the nature of the catcher position, having a quality platoon partner to give Diaz a breather is imperative for the Pirates’ success. As far as catcher tandems go, Diaz and Cervelli can be one of the best in all of baseball.

Cervelli is owed $11.5 million next season, which would make him the fourth-highest paid catcher in baseball behind Buster Posey, Russell Martin and Yadier Molina. Paying a premium for Cervelli’s services, even if they can afford it and if he earns it at the plate, could be seen as a risk knowing that Cervelli has suffered four concussions since 2011, per Bill Brink of the Pittsburgh Post-Gazette.

Cervelli is not a superstar, but he was one of the few sources of consistent pop for a team that finished 25thin home runs last season. Now with Gregory Polanco set to miss the first few months of the season after shoulder surgery, Colin Moran never finding his power stroke last season and the middle infield being completely void of any semblance of pop, the Pirates cannot afford to sacrifice any more offense for the sake of a salary dump. The likely return package of a few lower-level prospects wouldn’t jump off the page, and it wouldn’t be like this Pirates regime to turn around and use the $11.5 million to make a splash in free agency.

Trust between the Pirates’ fanbase and Huntington is tenuous at best. After earning some of that back by adding Archer and Kela last season, it would be a gamble for the Pirates GM to move Cervelli without a clear Plan B. If that backup strategy doesn’t include spending Cervelli’s salary on a Yasmani Grandal, Wilson Ramos or Martin Maldonado, it will be hard to justify removing Cervelli’s skillset from a team purporting to try and push for a NL pennant next season.