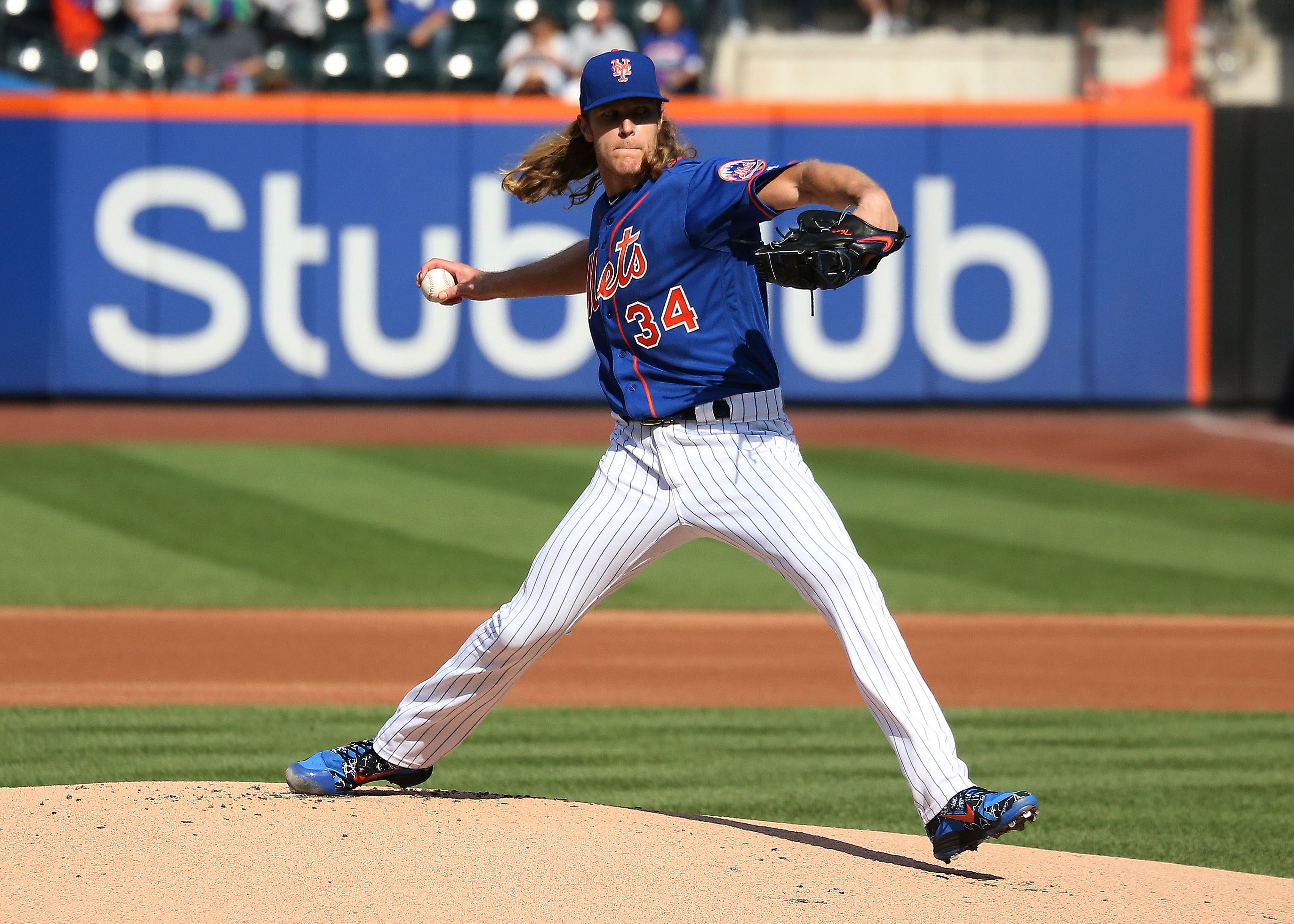 Now that the 2018 season is over for the New York Mets, we have been looking back at the year that was. After taking a more general view of the offense, pitching, and coaching staff, it’s time to take a look back at the Mets’ players. This series will take a look at every player on the roster for the Mets at the end of season from B (Tyler Bashlor) to Z (Daniel Zamora). The review will look at their season statistics, stories, and what role (if any) they will have next season. We continue the series today with a look at starting pitcher Noah Syndergaard.

Story: After a lat tear wrecked most of his 2017 season, Noah Syndergaard looked to rebound in 2018. Syndergaard drew his second consecutive Opening Day start after a back issue delayed the start of Jacob deGrom’s spring prep, but he was a bit sluggish in the early going. The Mets couldn’t get a ton of length out of Syndergaard, who wasn’t going particularly deep in games but was still delivering good but not great results. Syndergaard got hit by the injury bug again in late May when a seemingly minor finger injury cost him six weeks of action. After returning in July, Syndergaard looked good in his first two starts before landing on the DL again after contracting hand, foot and mouth disease. Even though he only missed the minimum ten days, Syndergaard looked shaky upon his return, pitching to a 4.74 ERA for the month of August. Things finally clicked for Syndergaard down the stretch, when he was simply dominant. Syndergaard bookended September with complete games, including a shutout on the final day of the year, while going 4-1 with a 1.73 ERA in six starts. This stretch of brilliance offered some hope to the Mets that the real Syndergaard, the one who dominated the National League in 2016, would be back on a more permanent basis in 2019.

Despite the fact that his year didn’t feel very impressive, Syndergaard still led the team in wins and pitched to an ERA just over three. Those results could be ace quality on a number of teams, but on a loaded pitching staff Syndergaard was the third best guy behind Cy Young winner Jacob deGrom and Zack Wheeler.

There has been a lot of speculation about Syndergaard’s future with the Mets since he has been a near constant subject of trade rumors since the offseason began. While it would appear to make little sense to deal Syndergaard, the fact that there is this much smoke around the situation leads to the belief that the Mets are more likely than not to move him to address other areas of need on the roster. Syndergaard’s fate could be the Mets’ next big move on the docket with the Winter Meetings approaching next week.

Check back tomorrow as our Player Review Series continues with a look at starting pitcher Jason Vargas!