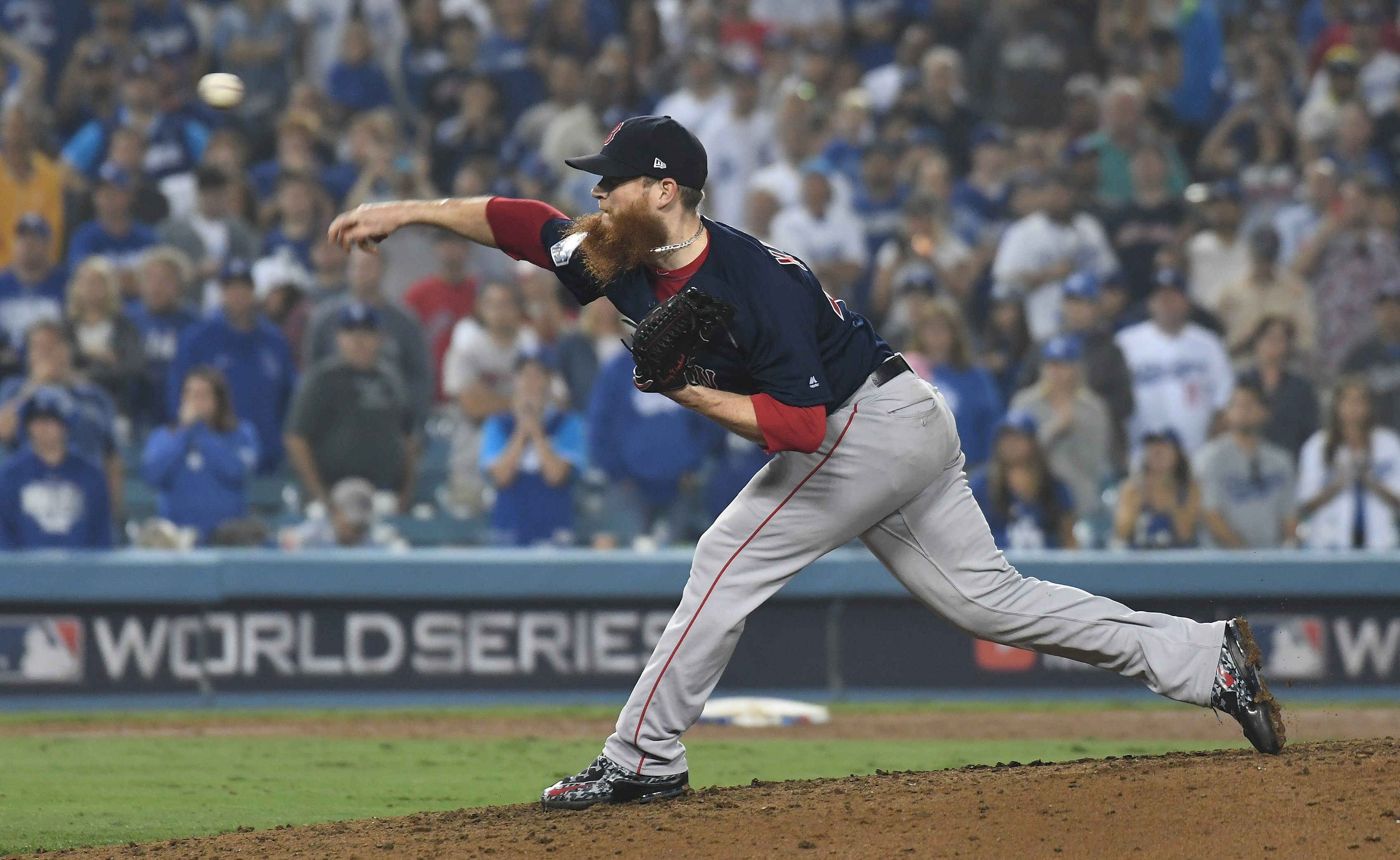 When looking at past accomplishments, it’s easy to see why closer Craig Kimbrel is at the top of free-agent reliever rankings. And from what it looks like at the moment, he’ll attempt to use this to his advantage in negotiations with interested teams.

The 30-year-old right-hander probably won’t break any contract records for relievers, but that doesn’t mean he won’t give it a shot — especially early in the winter. ESPN’s Buster Olney gave us a glimpse as to what his camp is looking for in initial conversations:

Teams being told that in initial ask, All-Star closer Craig Kimbrel is looking for a six-year deal.

Given how teams evaluate players these days, this sure seems unlikely to happen, which Kimbrel’s agents probably already know. That’s how negotiating works, though. At least, that’s what I’ve been told.

This doesn’t come without some caveats, of course. After posting a career-low 5.5% walk rate in 2017, that number spiked to 12.6% in 2018. It was the second-worst mark of his career, and the third time it’s been greater than 10.0% since 2014. Kimbrel also allowed 1.01 home runs per nine innings pitched, which is the highest that number has ever been in his career.

When pairing that with postseason struggles (5.91 ERA in 10.2 innings), he’s not entering free agency on the high note he was hoping for. Still, he’s a proven closer that’s been to seven All-Star games, and there are a number of teams in need of a ninth-inning hurler.

Let’s take a look at how he fits for some potential suitors.