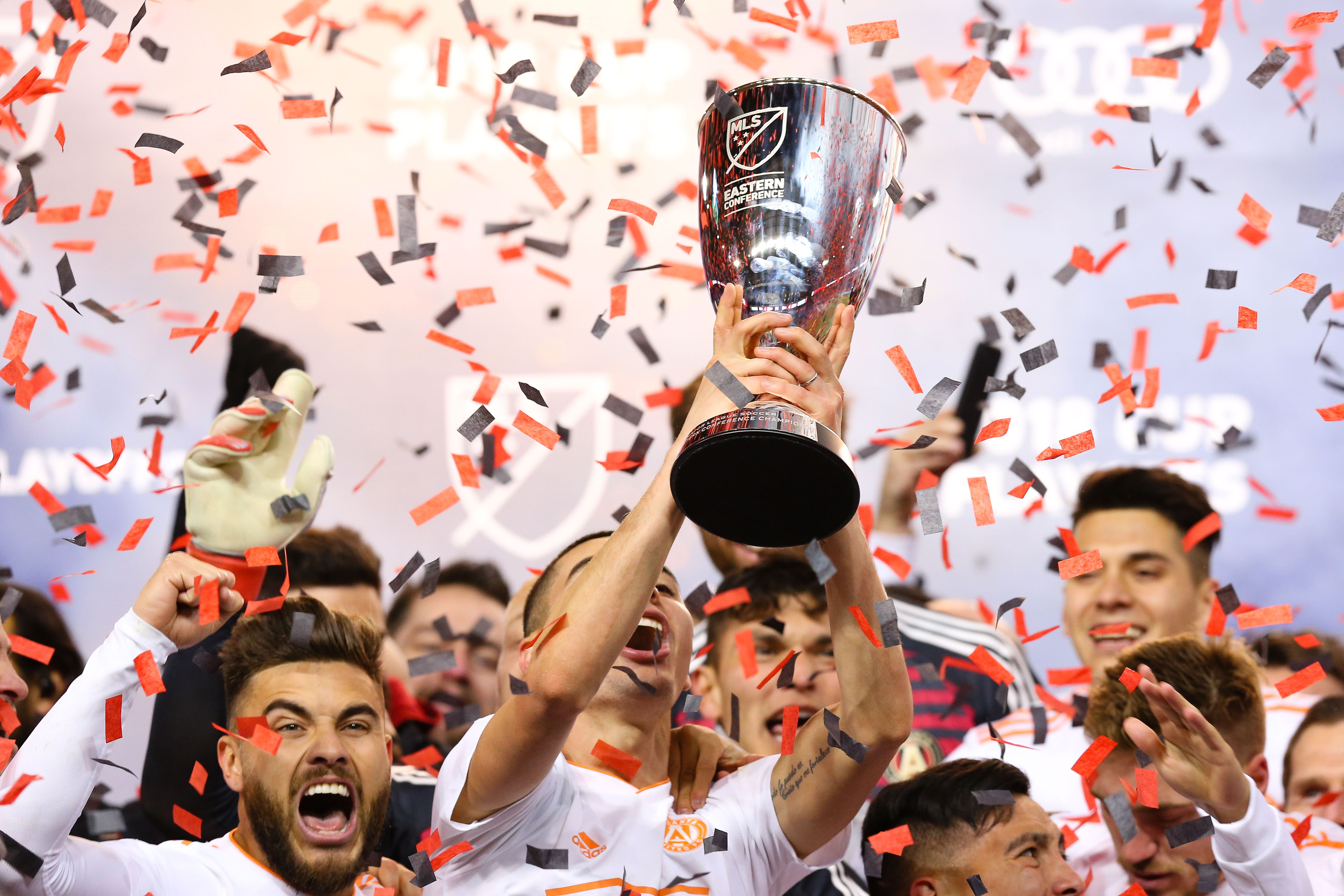 After a long season that began in March, two teams remain to compete for the MLS Cup.  With the Supporters’ Shield having already been awarded to the New York Red Bulls as the team with the most points in both conferences, the Cup is another measure of excellence within MLS competition.  Western Conference winners Portland Timbers will be returning to the finals for the second time in four years, where a record sell-out crowd of over 70,000 is expected in Mercedes-Benz Stadium in Atlanta. With so much at stake in the final MLS match of the season on Dec. 8, here’s what to expect from each team.

While only in their second year of existence, Atlanta United’s fan base is strong, having averaged over 53,000 fans a game during their regular season in 2018.  The Five Stripes are led by former Barcelona and Argentina national team coach Tata Martino, who has already confirmed rumors of his departure from Atlanta after this match.  While their second-place conference finish afforded them a bye in the single elimination stage of the playoffs, they advanced to the Cup final by beating New York City FC and Supporters Shield winner New York Red Bulls.

United are led offensively by 2018 Golden Boot winner Josef Martinez, who scored a league-record 31 goals during the regular season.  He is assisted by fellow MLS Best XI player Miguel Almiron, who has been linked to English Premier League powerhouse Arsenal upon culmination of this match.  Along with Tito Villalba and Ezequiel Barco, this is a team that has little problem finding the back of the net, having led the MLS with 70 goals in the regular season.  Their defensive back line led by MLS veterans Jeff Larentowicz and Michael Parkhurst, who protect former EPL goalkeeper and U.S. international Brad Guzan. The Five Stripes were 2nd best in the Eastern Conference in goals allowed in 2018, ceding just 44 goals in 34 matches.

Atlanta supporters are led by super-fan wrestler Ric Flair as well as rapper Waka Flocka Flame, who will undoubtably be in attendance for the game while looking for United to go “hard in the paint”.

Finishing in fifth place in the Western Conference.  the Portland Timbers had to travel to Dallas for a single-elimination match, then eliminated last year’s Conference Champions Seattle Sounders on penalty kicks before beating first-place Sporting Kansas City to punch their ticket to the Cup.  Current first-year coach Giovanni Savarese, who spent the last five years at the helm of the NASL-suspended New York Cosmos, has done a remarkable job of navigating his squad through the playoffs to reach the Cup final.

Portland will rely heavily on their defense, with veterans Liam Ridgewell and Larrys Mabiala anchoring their back line. Their go-to striker is Jeremy Ebobisse, who was promoted to the squad during the summer from Portland’s USL affiliate and netted five goals in just a handful of matches.  But the Timbers’ strength lies within their midfield, with Sebastian Blanco and Diego Valeri the true heart and soul of the team while combining for 20 goals and 23 assists in 34 games. First year manager Giovanni Savarese has done a credible job with the Timbers, having arrived from the now-defunct NASL New York Cosmos earlier this year to return the Timbers to Cup competition for the first time since they won it in 2015.

For additional support, the Timbers have Portland Joey and his huge log in-route to Atlanta, ready to slice a section of the log for each ball the Timbers put in the back of the net.

While the Timbers have quality players and the discipline to vie for the Cup, Atlanta simply has too many offensive weapons for Portland to deal with.  Look for Atlanta to run amok via their wings, while the Timbers lack the pace to control the final third of the field. By winning the MLS Cup, Atlanta will be the first team to do so as an expansion team since the Chicago Fire in 1998.