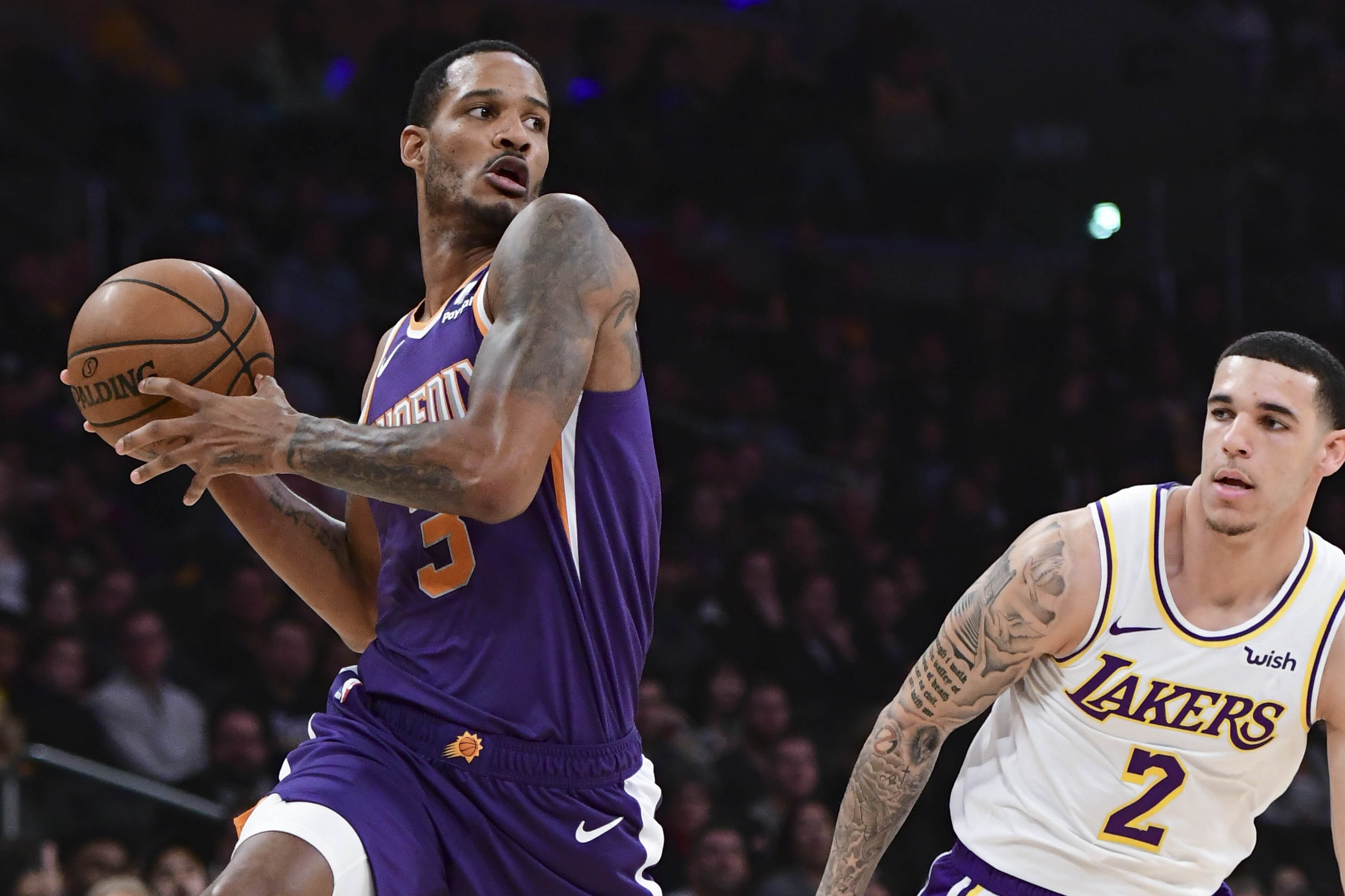 The Suns signed Trevor Ariza to a one-year deal, but he’s just not really fitting in to what the team is looking to do, and at $15 million for the season, Phoenix might just be better off moving him.

Phoenix, after all, is still int he midst of a rebuild, and acquiring another solid draft pick could help the team — which has been bringing in young talent — immensely.

And Ariza will be a hot commodity on the trade market, because he does what a lot of teams are looking for — he can stretch the floor, and defend on the wing.

Just ask the Houston Rockets, who clearly miss Ariza’s presence on the floor. They’re struggling to shoot from the perimeter this season, and their defensive woes continue. He’s a complete player, and has been averaging 9.9 points, 3.3 assists and 5.6 rebounds per contest this year.

Being that Ariza was signed as a free agent over the summer, he’ll be available via trade on Dec. 15, and it’s being reported that he’ll be attracting a lot of suitors.

The Suns' Trevor Ariza is seen by rival teams at the top of the list of players who will be made available via trade after Dec. 15, league sources say

Dec. 15 is the first day players who signed free agent contracts last summer are eligible to be traded and the Suns — mired at the bottom of the West — are expected to field interest from contenders in need of wing depth for Ariza

Ariza is on a one-year, $15 million deal with Phoenix. Interested teams have been hoping the Suns would just buy Ariza out like they did with Tyson Chandler, but they are expected to pursue trades to try to get at least one asset in return

Even at 33 years of age, the gritty defender brings a lot to the table, so we’ll see where he ends up leading up to the trade deadline in February.