Your Morning Dump... Where the Celtics are on a roll--maybe? Hopefully? 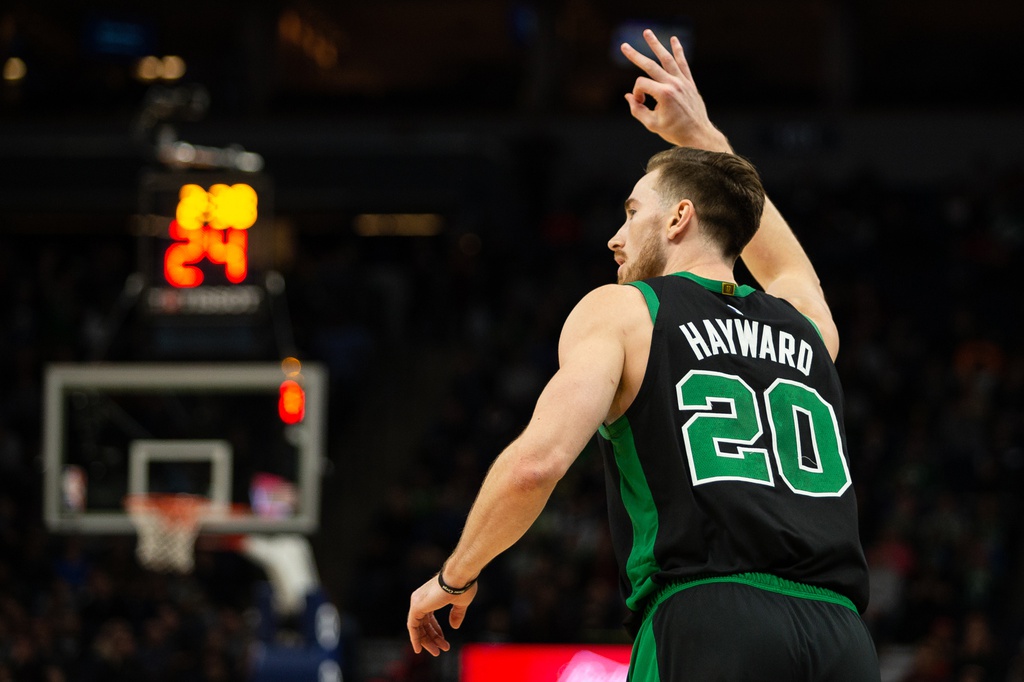 Your Morning Dump... Where the Celtics are on a roll--maybe? Hopefully?

The Celtics definitely need to figure a few things out over the next few weeks’ relatively soft schedule. We know the team has to tools to dominate, but as the stats above bear out, the team’s had a real Jekyll-and-Hyde character through the first two months of the season.

Still, I’m confident the team is in the process of getting its collective head in the right place.

The better news for Boston: While the Celtics rank 20th overall in offensive rating this season, they are trending in the right direction. Since the Hayward shuffle to the bench, Boston ranks fifth in the NBA with an offensive rating of 114.6.

It’s unlikely that Hayward will spend the rest of the year as the team’s sixth man. Coming into the season I think we all expected that role to be filled by Terry Rozier, and Rozier? Well, if he wants to remain a Celtic, he’s certainly doing his best to make sure the team can sign him at a discount next summer.

And that highlights one of the dynamics behind these lineup changes: The team has multiple issues to address, and moving Hayward to the bench addresses two of them at once: Hayward’s clearly been struggling in the starting lineup, and the bench has been struggling to score. Hayward may end up on the bench for some time after he’s returned to starting lineup form, if the team still needs him to provide that spark off the bench. It may be the case that Hayward’s return to the starting lineup depends on Rozier’s return to form.

Then there’s the question of minutes:

Brown’s impending return to an otherwise healthy team leaves Boston with nine players that can make a case for being a starter and there are only 240 minutes per night to share amongst them before you consider role players like Theis and Semi Ojeleye.

My attitude is that if you can only be good if you’re getting 30+ minutes a night, you don’t belong on this team. If you’re worried about the impact that less playing time has on your stats and your market value, the Celtics are not the right team for you. They just signed Marcus Smart–one of the most statistically gruesome offensive players in the league–to a $52 million contract because they know what he brings to the table and they’re willing to pay for that. If you do your part, the Celtics will pay you.

Page 2: Where Hayward talks about adjusting

Clearly things were different from the start with Tatum still in nearly the same role he had last season. Hayward had to adjust.

From now on, I promise I’m not going to assume that integrating all star players into an already solid lineup will be easy.

Looking back at the 2008 Celtics, and how quickly they came together, it’s easy to forget that the Celtics added three all stars to a terrible team (counting Pierce as the 3rd all star because of his injury issues in the 2007 campaign).

Finally: Right in the feels.

When P.J. Dozier was choosing a number with the Oklahoma City Thunder prior to the 2017-18 season, he went with 35 — the former number of a family member who passed away.

This summer, Dozier agreed to a two-way contract with the Boston Celtics. The only problem: The No. 35 is retired for the Celtics in honor of that family member, Dozier’s late cousin Reggie Lewis.

I didn’t know about Dozier’s connection to Lewis, or I would’ve mentioned it earlier.

It’s the same way when I’m asked who my favorite Celtic player is.

If you don’t know much basketball, I’m going to say Paul Pierce, because you know who he is.

But if you’re a real fan, I’ll tell you who my real favorite player is. It’s Reggie Lewis.

Oh, and kudos to Tom Westerholm for throwing this line into the article:

His passing was attributed to a heart condition called hypertrophic cardiomyopathy, one of the more common causes of death among young athletes.

Thanks, Tom, for refusing to even mention the slanderous innuendo that surfaced after his death.