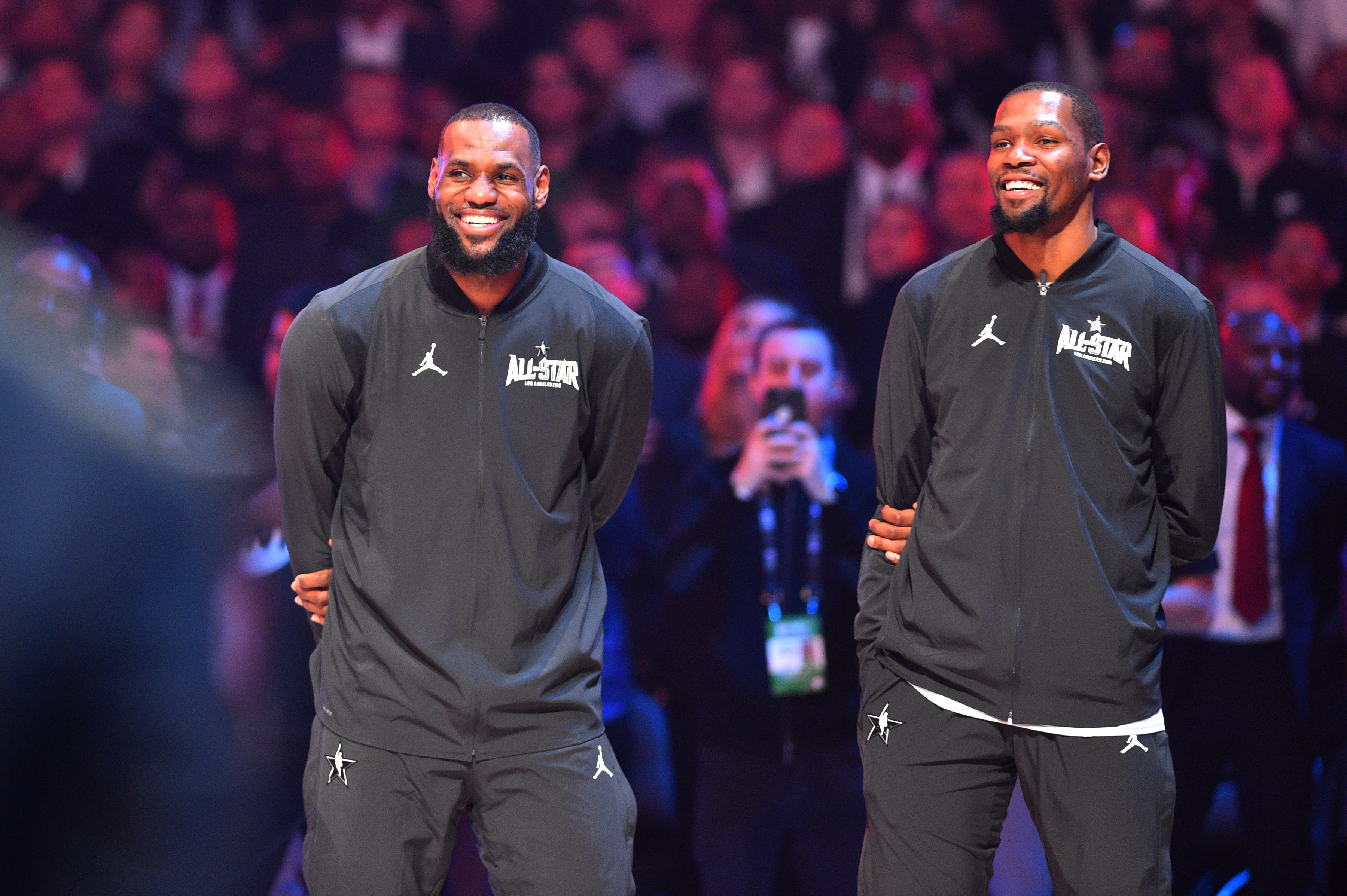 Since the arrival of LeBron James this past offseason, there has been constant chatter around the team about bringing in another star player to play alongside him.

However, there is a growing belief that this may not be a feasible option for the franchise. This is a notion that Golden State Warriors star forward Kevin Durant voiced that he believes could be the case next summer with the upcoming free agent class next summer that includes players such as All-Star forward Kawhi Leonard, according to Ric Bucher of Bleacher Report.

“It depends on what kind of player you are,” Durant said. “If you’re Kyle Korver, then it makes sense. Because Kyle Korver in Atlanta was the bulk of the offense, and he’s not a No. 1 option at all, not even close. So his talents benefit more from a guy who can pass and penetrate and get him open.

“If you’re a younger player like a Kawhi, trying to pair him with LeBron James doesn’t really make sense. Kawhi enjoys having the ball in his hands, controlling the offense, dictating the tempo with his post-ups; it’s how he plays the game. A lot of young players are developing that skill. They don’t need another guy.”

The Lakers have already positioned themselves financially to bring in another player such as Durant, Leonard, or even Klay Thompson. However, the challenges that the back-to-back NBA Finals MVP touches upon is adjusting with playing alongside James.

This has been a difficult task for many players given how much impact and control over the game that James has. He is a player that operates primarily with the ball in his hands and is most effective in that regard being able to playmake as a distributor as well as score on his own.

For players like Durant and Leonard, they have a similar skill set in terms of working best with the ball in their hands, which could make an extremely difficult task for them to play in that altered style in order to effectively co-exist alongside James on the court. There are clearly many wrinkles to this situation, but Durant’s comments should provide a bit of insight of what other star players around the league are thinking about that possible situation in Los Angeles playing with James.