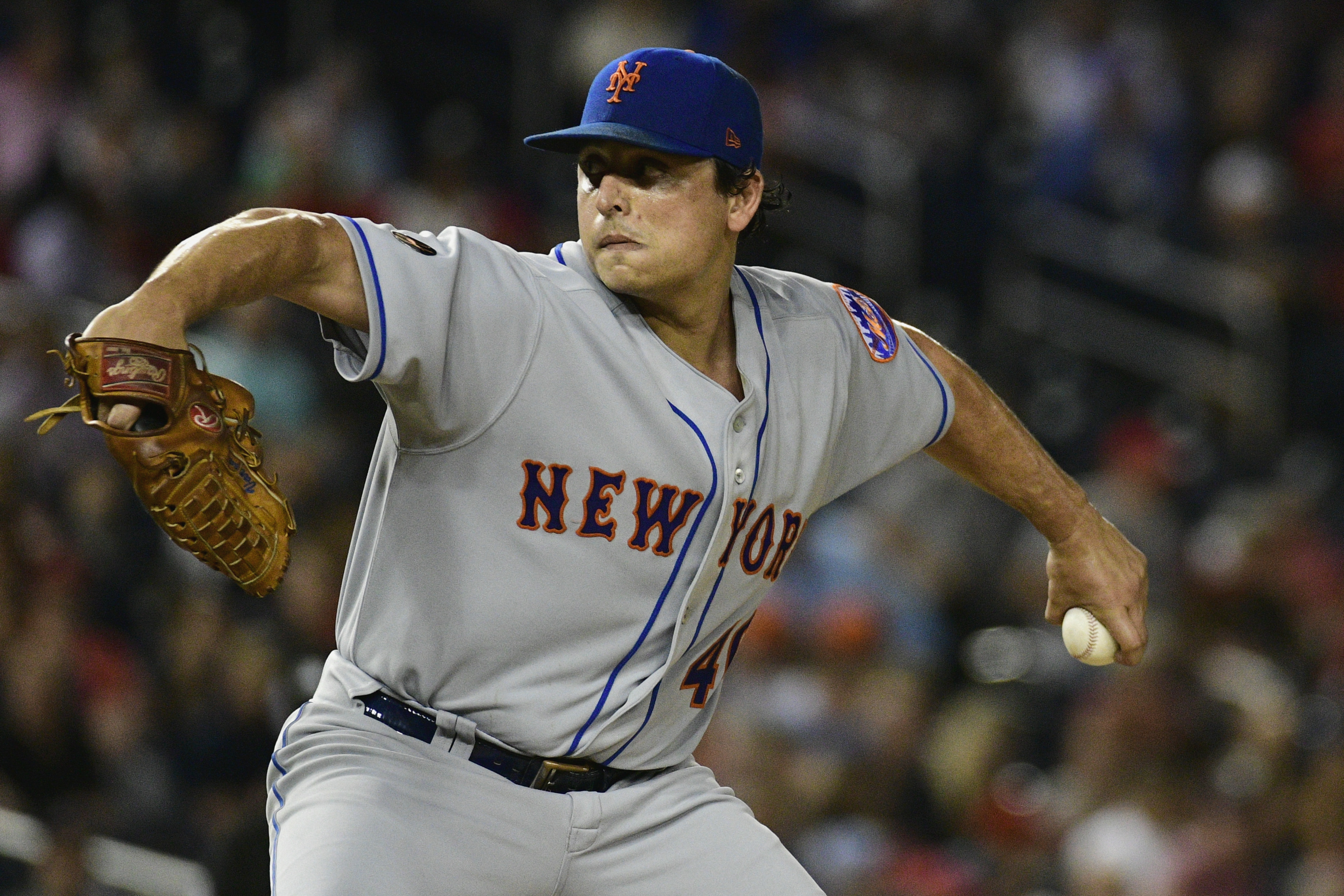 Now that the 2018 season is over for the New York Mets, we have been looking back at the year that was. After taking a more general view of the offense, pitching, and coaching staff, it’s time to take a look back at the Mets’ players. This series will take a look at every player on the roster for the Mets at the end of season from B (Tyler Bashlor) to Z (Daniel Zamora). The review will look at their season statistics, stories, and what role (if any) they will have next season. We continue the series today with a look at starting pitcher Jason Vargas.

Story: Despite winning 18 games for the Kansas City Royals in 2017, veteran lefty Jason Vargas remained unemployed for a long time due to the great free agent freeze. The lefty ended up inking a two year deal worth $16 million with the Mets in February to give them some veteran insurance for their starting rotation. Vargas was destined for a slot in the Opening Day rotation before taking a liner off his glove hand, resulting in a break that sidelined him for the first month of the season. Things didn’t go so good for Vargas upon his return, when he was hammered to the tune of an 8.60 ERA and a 2-6 record over nine starts. Vargas ended up landing on the disabled list again with a calf injury in late June that kept him out of action until after the All Star Break. Despite the fact that rookie Corey Oswalt was pitching well, the Mets handed Vargas his rotation spot back to try and get some kind of return on their investment. Vargas, to his credit, pitched much better in the second half of the season. In 11 starts after the All Star Break, Vargas went 5-3 with a 3.81 ERA and held opposing hitters to a .223 batting average against him. The strong finish was encouraging for Vargas, who was actually a dependable back of the rotation starter in August and September.

Vargas’ solid final two months is the only reason he didn’t get an F. The Mets expected to get a capable veteran presence when they signed Vargas and he stunk for the first half of the year. The solid second half is more in line with what the Mets were hoping to get when they added Vargas.

Contract Status: Signed Through 2019 (Will Earn $8 Million This Season)

Vargas is signed for another year, and at the moment he is the Mets’ fifth starter. The Mets have been linked to a lot of starting pitching in free agency, and while there has been speculation these pitchers could be replacements for Noah Syndergaard if the righty gets dealt they could also serve as upgrades over Vargas. Mets’ GM Brodie Van Wagenen has shown a willingness to move money around so it is spent more wisely as evidenced by including the bad contracts of Jay Bruce and Anthony Swarzak in the Robinson Cano trade. Vargas could be attached to a trade to better allocate salary elsewhere with the team looking to replace him in free agency, although there haven’t been any rumors to that effect at the moment.

Check back tomorrow as our Player Review Series continues with a look at relief pitcher Bobby Wahl!