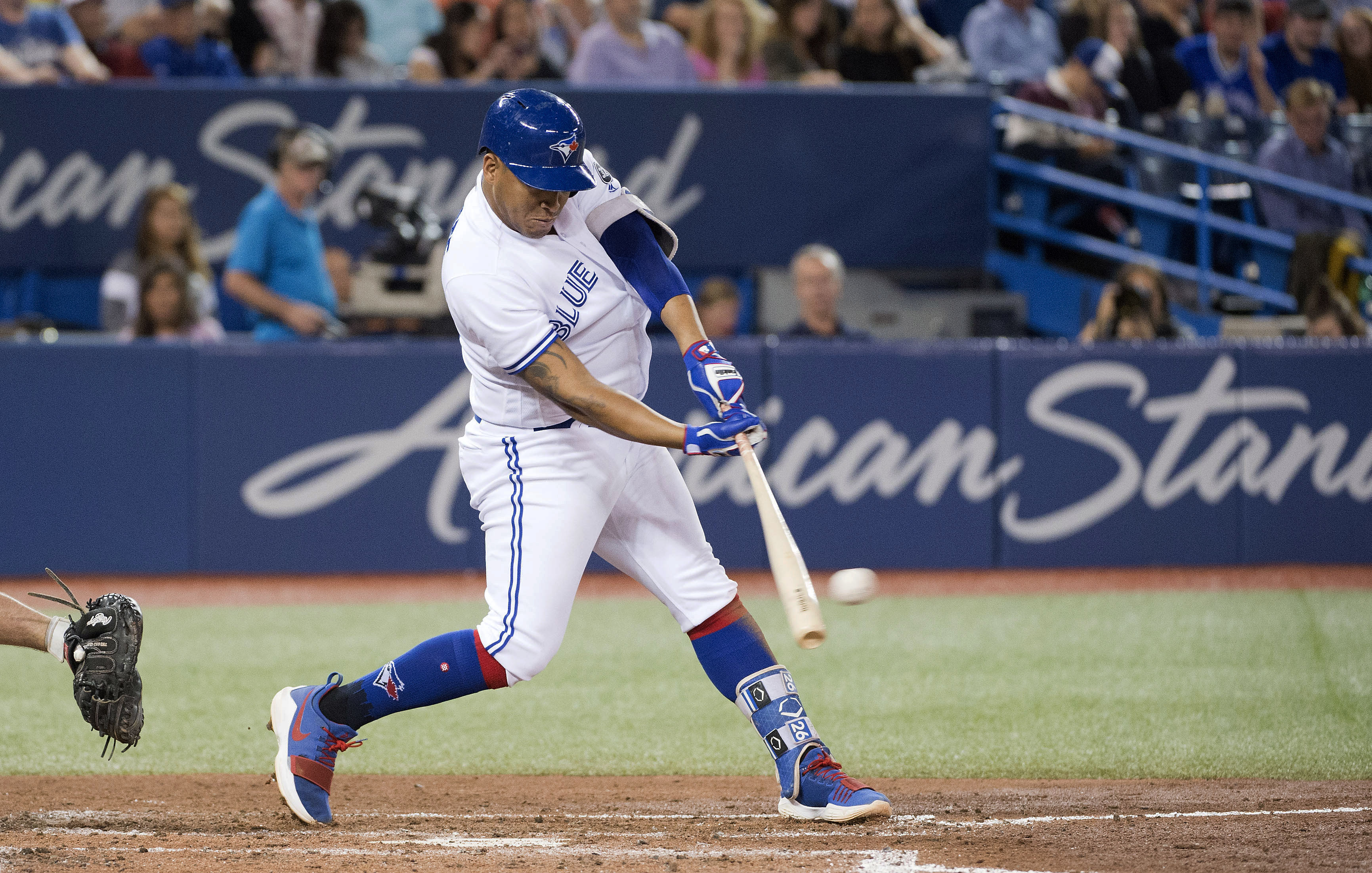 Since the first installment where I highlighted 5 non-tendered free agents and predicted where they could sign, not much has happened on the Hot Stove for these new free agents, outside of Chris Owings signing with the Royals. That’s not a huge surprise given that the Winter Meetings have not even started yet, and it certainly does not mean there are no players worth watching on the market.

The failed Diamondbacks tenure of the once-promising Shelby Miller has come to a close. On the bright side, Dansby Swanson never became a star after that trade, but on the downside, Miller was worth -1.2 bWAR in 3 seasons with Arizona. After elbow injuries that have held him to a total of 38 innings in the past 2 seasons, it’s no surprise people have a hard time judging his value. His 2016 season was truly terrible, and his ERA in limited action the past 2 seasons was not much better. Despite this, the fact that he was dealing with injuries during this troublesome stretch and the fact that the injuries haven’t resulted in diminished velocity from his Atlanta days, there still seems to be promise ahead. Steamer currently projects the right-hander to have a 4.51 ERA, and his DRA over the past 2 shortened seasons was around 4.23. Neither of those is great, but they are better than your average AAAA pitcher. Advanced stats from the beginning of his career suggest the upside many thought they saw was just an allusion, but either way, he still has the stuff that he showed early in his career.

The Athletics starting rotation hasn’t been good in a few years. And now that Manaea got injured, and Fiers and Graveman were non-tendered, it’s clear that they will be on the market for multiple acquisitions of starting pitchers heading into what Oakland hopes to be a competitive season. The Athletics should be looking for some bigger upgrades as well, but considering Daniel Mengden is considered their ace on Roster Resource, it’s clear they will need to just grab whoever they can get. A key to Oakland’s success last season was their ability to turn seemingly throwaway starters into effective pitchers, for example, Brett Anderson, Edwin Jackson, and Mike Fiers. Edwin Jackson is a good comparison for why Shelby Miller could potentially fit in Oakland. Miller isn’t quite as extreme in terms of not striking many guys out, but Oakland’s top-level defense should help Miller’s overall results considering he isn’t a high strikeout pitcher. Additionally, Jackson also used both a ~93 MPH fastball and a cutter, which the Athletics adjusted the usage rates for to make more effective. Miller has the same pitch mix, so if they made the same adjustment, they may see an improvement (although I understand the same adjustments don’t work for everyone). Not only will Miller fill out an obvious need for the A’s, but there is still hope he bounces back, a risk that is definitely worth taking on.

Parker is maybe the most surprising non-tendered player. Not only are the Angels not rebuilding. Parker is older for an arbitration-eligible pitcher, but he’s performed very well in the past 2 seasons. Among relievers with at least 120 innings pitched since the start of 2017, Blake Parker ranks 11th in highest K%-BB%, above Felipe Vazquez, Jesse Chavez, and Raisel Iglesias to name a few. He ran into his fair share of home run problems in 2018, is only projected by Steamer to have an ERA of 3.97, and had a FIP of 5.98 in the 2nd half of this past season. A big reason for this a large dip in fastball velocity near the end of last season. This is an obvious concern for any team targeting him, especially at his age. However, due to the drop being so sudden. Although no injury has been reported, this points to the possibility that it was an injury that he was attempting to fight through, which could mean he will recover and get back to 1st half form. Blake Parker likely won’t be a top-notch closer either way, but teams will definitely have interest in him if they think he will bounce back, as there was reported trade interest proceeding his drop in velocity.

The Braves are a good option to target Parker simply because they still have a need for relievers. In 2018, they ranked 10th among National League ball clubs in reliever ERA. After spending on Brian McCann and Josh Donaldson, it seems like likely that they make a big splash on a closer like Craig Kimbrel, but Parker could be someone that interests them as a buy-low option.

Schoop has fallen a long way from finishing 12th on the AL MVP ballot in 2017, all the way to getting traded to Milwaukee for a minimal return, only to have the Brewers’ GM later admit to the media that it was a mistake of a trade. Schoop did hit 20 home runs, and he did get bad luck from BABIP, but ultimately an 80 wRC+ from a 2nd baseman doesn’t bode well for your chances of finding another starting job. There is still hope for the former all-star. Defensive metrics, although unreliable, still rate Schoop as an above average 2nd baseman with the glove. His BABIP should rise a significant amount as well, considering his batted ball data wasn’t significantly different from past seasons, the lack of performance that came from balls in play was surprising, to say the least. On the downside, his xwOBA was even lower than his wOBA, at .266, or essentially unplayable on a contending team. Despite his clear struggles last season, the floor for Schoop may not be that bad. He had a total of 1.6 WARP in 2018, and Steamer projects him to have 1.6 fWAR in 2019. Additionally, his sprint speed hasn’t dropped at all from his prime. There’s also the upside that he showed not too long ago.

Considering where Schoop ended last season, I don’t see a team expected to be in contention to offer him a Major League spot. Instead, a team that is still rebuilding but has shown they will gladly take upside as a means to have an unexpected breakout season just so happens to have spots open across the infield. The Pirates have lost Jung Ho Kang, Jordy Mercer, and Josh Harrison all to free agency. Although none of those are huge losses, it means there are not established starters already in their infield so Schoop could be a buy-low option for a team like Pittsburgh.

Shoemaker is another Angels pitcher that could provide MLB value elsewhere this upcoming season. He has only pitched 21 total games since the beginning of 2017, similar to Shelby Miller. After having a forearm surgery that cost him a majority of 2018, there seem to be a lot of people forgetting the potential he once showed before injuries. It is concerning that his fastball velocity has declined since his injuries have struck and his DRA from the past 2 seasons are very bad. But his track record of having a K% over 20% every season and never having an ERA at 5 or above should get him a shot somewhere, especially considering the number of teams with a poor rotation today.

Shoemaker does have his fair share of problems, but considering the Tigers just signed Matt Moore to an MLB deal, there should be a fit for him somewhere. The Tigers were 24th in starting pitcher fWAR in 2018, so upgrades are needed to be even the slightest bit competitive. Shoemaker is pretty old for a rebuilding team, but again the signing of Matt Moore shows they are willing to sign older guys struggling after a major injury if it’s for cheap and has a chance to come back.

Solarte is the epitome of a versatile player. He has a significant number of career games in all 4 infield spots and left field, and also is a switch hitter who can hit pitchers from both the left and right side. After his first season in Toronto following an offseason trade, Solarte lost a lot of value off of his poor offensive performance. Although he continued to not strike out and showed average power, a .233 BABIP led to a lowly 77 wRC+. He even hit an acceptable 94 wRC+ in the 1st half of 2018, but he fell off a cliff in the 2nd half. His sprint speed didn’t drop so this may be more of a fluke than a decline. Baseball Prospectus gave him an 87 DRC+, which is playable given his versatility, but still his career low by far. On the optimistic side, Solarte had an xwOBA of .309, compared to a career .307. Maybe this past season was luck, and if that’s the case there should be plenty of teams interested in his services.

The Diamondbacks may not be aggressive in their pursuit for the playoffs in 2019 if they are even attempting to compete at all. However, Solarte does fill some holes that they seemingly have. Daniel Descalso is leaving in free agency after being the starting 2nd baseman in 2018, and although Eduardo Escobar could take over his spot, there could still be improvements over Nick Ahmed or Jake Lamb when they are facing a left-handed pitcher. Additionally, Goldschmidt was traded to St. Louis, so Solarte could fill in 1st base for a few games. The uncertainty regarding Arizona’s infield makes him a great fit.