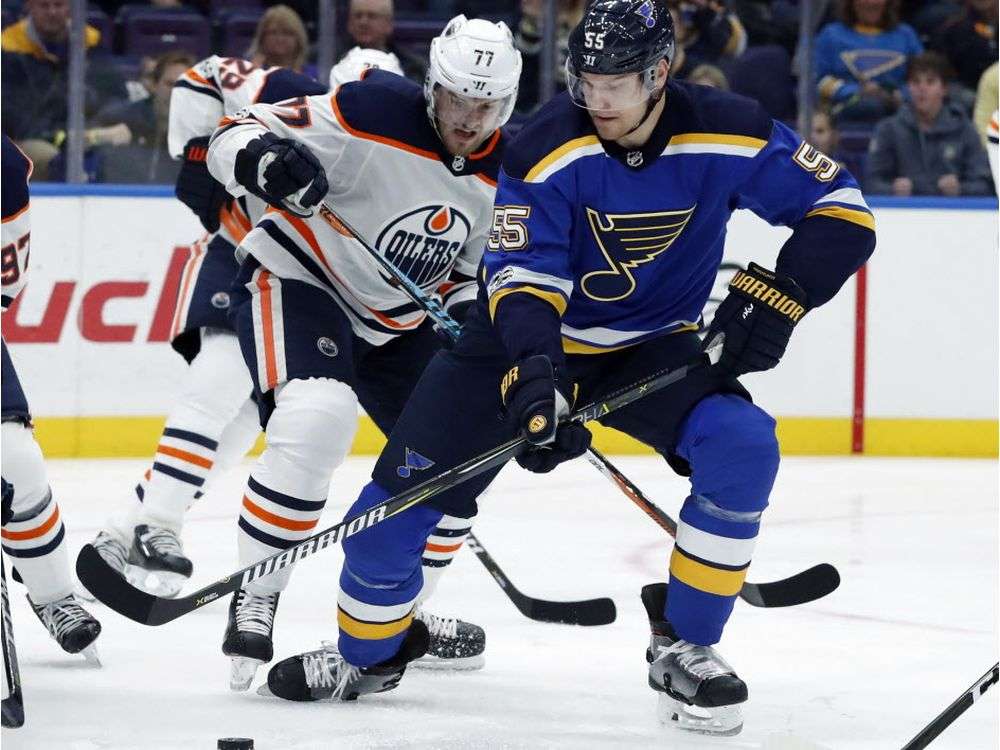 I have to be quite blunt. The result vs Dallas to kick off this current road trip was not good. The Oil fell 4-1 to Dallas with the only tally on the scoresheet coming via Jujhar Khaira’s first of the season.

Connor McDavid being out of the lineup with the flu meant the offense was muted but he’s back in the lineup tonight to take on the Blues.

For the Blues, 2018-19 has been farrrr from picture perfect. St.Louis currently sits dead last in the Central with only 9 wins and 21 points and they’ve only scored 74 times.

If there’s a team that the Oilers can get things turned around with tonight it’s the Blues.

Edmonton: Shots. Shots. Shots. Jake Allen and Chad Johnson both have GAAs over 3.00 and save percentages of under .900. Ken Hitchcock’s boys need to get pucks towards the net early in this one.

St.Louis: Ride the hot hands of guys like Ryan O’Reilly and Vladamir Tarasenko, they’ve been the shining lights of this tough season (the only players on the Blues with 20 or more points).

Edmonton: In his return from whooping cough, the flu, and boneitis I want to see how the captain looks in his return to not just the team but the first line. Edmonton’s front office may need to write into Connor’s next contract in eight years that he’s not allowed to become ill.

St.Louis: He only has one goal in 19 games this year, but if there’s any team for Patrick Maroon to get his second of the year it will be vs Edmonton.

Rumour has Anthony Maroon skated at Blues practice and could check into the St.Louis lineup tonight (possibly untrue).

Edmonton wakes up offensively to the tune of a 4-2 win thanks to two goals from Connor, and a goal each from Ryan Nugent Hopkins and Ty Rattie.