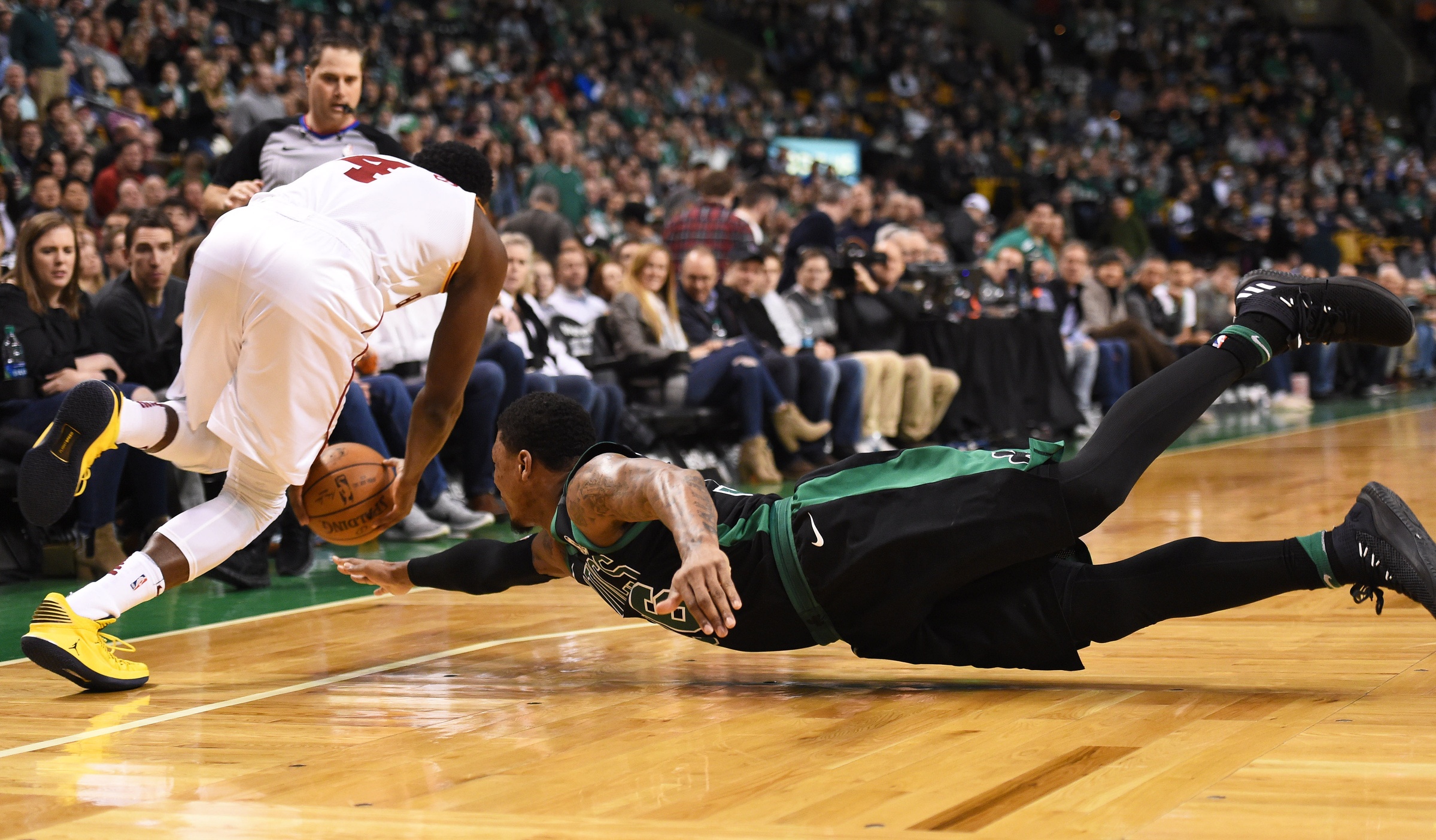 Marcus Smart has earned his reputation, mostly with quotes like this:

“I’m constantly telling these guys that a lot of games we win aren’t going to be pretty. If you’re trying to be pretty then this isn’t the game for you. You have to be willing to get your nose bloody and get dirty to win these games.”

Marcus Smart at his best.. look at this maniac go pic.twitter.com/r0RHEUOCYH

This is the essence of Marcus Smart. This is why fans love him. This is why he’s one of the darlings of Weird Celtics Twitter. But there’s an underlying element to Smart’s game that makes all of this possible.

For all the ferocity he shows on the court, for all the dives and charges and physical play, he is also one of the most intelligent players on the floor. The beast we love on the court sometimes masks the basketball IQ that puts him in position to make the crazy plays.

“I think it’s one of his greatest strengths,” Brad Stevens said Wednesday. “I’m not sure that he does get the credit for that.”

It’s easy to come up with other names for what Smart does on the floor because most of what he does causes visceral reactions in people who watch. What’s lost is that he is constantly putting himself in position to make these insane plays.

“When he first got here, he made more instinctive defensive plays than any 20-year-old that I’ve ever seen,” Stevens said. “I think that’s a credit to him, his mind, his savvy.”

“I definitely give him enough credit,” said Kyrie Irving. “As his teammate, as his brother, I truly believe when he’s out there he brings a grit and toughness to the court as well as that high basketball IQ.”

A lot of what Smart does on the floor goes unnoticed, like this from the Timberwolves game.

Smart came in off the bench for his defense to close out the third quarter. Immediately he begins positioning his teammates to make sure they’re in the right spots to properly defend the play. He’s imploring Terry Rozier to get further up on his man and explaining to him why he needs to be in that spot. He’s pushing Rozier to get closer to Derrick Rose well before even Brad Stevens is telling Rozier to get up on his man.

For a Celtics team with well-documented problems with being in the right position to make plays earlier this season, this level of direction is a huge help in keeping players focused.

“He’s just doing the right things and it’s just great to know he’s playing high-level games,” Irving said. “Having a two guard or point guard or whatever you want to call our tandem when we’re out there starting, it’s just at a very high level on both ends of the floor.”

“He brings a great tenacity, savvy, he’s tough,” said Stevens. “He can fill a void in any which way you need.”

It’s not easy to do what Smart does. He works hard at being able to switch onto just about anyone on the court. He’s not just some crazed maniac who would run through plate-glass to chase a win. His intelligence puts him where he needs to be and his emotions push him to try just about anything to make the play once he’s there. He demands a lot from himself, and in turn he expect the same from everyone on the floor.

“He’s definitely gonna demand it out of you and you have to appreciate that,” said Irving. “He’s gonna give it his all every time he steps between those lines and just going out there and going to war, you know you can count on him.”