The Joe Mauer Hall of Fame debate is not terribly scintillating 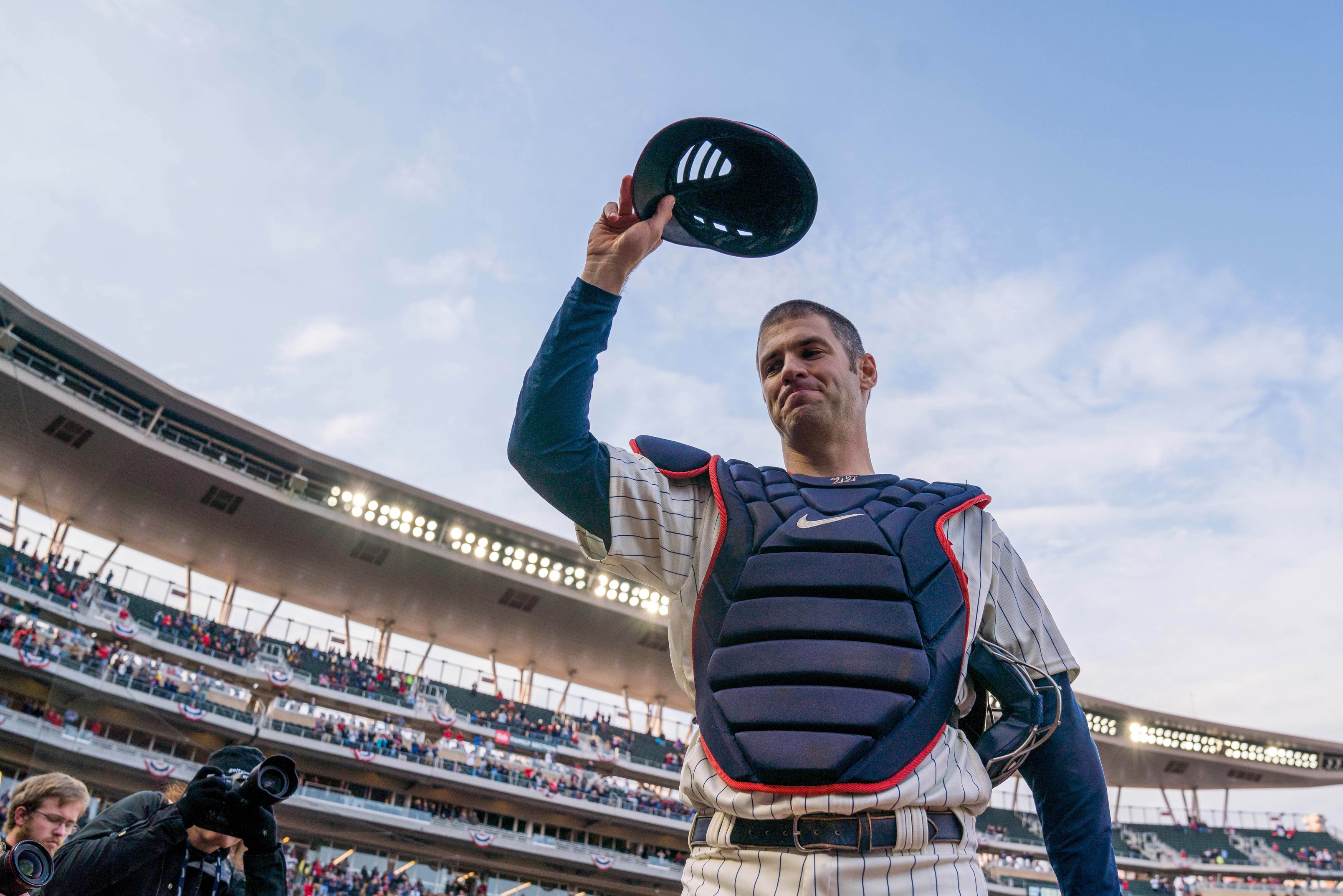 The Joe Mauer Hall of Fame debate is not terribly scintillating

I don’t know that there has been a more curious argument than the nascent one brewing regarding Joe Mauer and his Hall of Fame candidacy. Typically, home town fans are more vociferous in their support for their players, and the national press throws cold water on their arguments. With Mauer, it’s the opposite. The national media seems to think that, at worst, Mauer is a borderline candidate for entry in the Hall, whereas many local fans wonder why there is speculation at all, and expect Mauer to be left out.

The cae against Mauer is one of the clearest examples of fan wrongheadedness in baseball. It strikes at the three primary sources of fan’s misguided discontent: toughness, money, and “intangibles.”Mauer allegedly fails in all three. The truth is, none of those three things should matter as much as they do, nor does Mauer fail to live up to these ethereal standards.

The first issue that naysayers have is with Mauer’s inability to stay healthy over the long term, and his move to first base after battling concussions. Mauer is being punished, therefore, for his half decade as a pretty OK first baseman, simply because he wasn’t a transcendent catcher, as though his performance at age 33 somehow erased his performance at age 27.

The fact is, Joe Mauer is currently the catcher with the most career WAR who is not in the Hall of Fame. He has more wins than catchers who did make it. Catchers are often injured, and Mauer was fortunate enough to play in a time where the dangers of concussions are well understood, and he was able to preserve his long term health. He shouldn’t be punished for that, especially when his resume was already Hall worthy by age 30.

Because he was such a brilliant athlete so early in his career, the Twins thought it right to give him an enormous contract extension. Surely, there were several teams that would have outbid the Twins, had he not chosen loyalty over the promise of riches outside of the Twin Cities. Antithetical to most sports fan grousing, he was pilloried for the contract, rather than celebrated for taking a home town discount.

Baseball doesn’t have a salary cap, though years of penny pinching in smaller markets have led fans to believe that there is indeed something of a cap. There isn’t one. The Pohlads could afford Mauer’s salary, and they still added $75-100m  on top of Mauer’s salary to season rosters right on through his contract. Not only did Mauer fail to dent the Pohlads’ budget, but they didn’t really spend like he did either. The Twins were not lacking in talent because of the presence of Joe Mauer’s large contract.

It’s a false narrative for any professional sports franchise. Teams always have enough money to pay the players, even in an unregulated market like Major League Baseball. Mauer didn’t even press the limits of what a player could be paid, nor did he do so specifically with the Twins, but because opf the small market mentality, his salary is a sticking point for people who say he shouldn’t be in the Hall of Fame.

The Twins went 0-10 in the playoffs while Joe Mauer was on the active rosterr. Part of the blame, allegedly, goes back to the payroll issue with Mauer. The rest, allegedly again, is because Joe Mauer didn’t carry the team on his back, as Kirby Puckett so famously did in 1991.

Mauer certainly wasn’t himself in the playoffs when taken in it’s full scope. Even when he was, however, it didn’t matter. In 2009, Mauer hit .417 for the series with the Yankees, with an OPS of 1.000, and the Twins were still swept. It takes more than one player to carry a team on their back. The Twins may have won Game 6 in 1991 because of Puckett’s heroics, but they were in the game, and in the series because of starting pitching and the offensive work done by players like Scott Leius, Mike Pagliarulo and Brian Harper, who all OPS’d over .875. Mauer shouldn’t be punished for the Twins ineffective starting pitching and lack of lineup depth in the post season.

Really, if you evaluate Mauer’s career, his individual awards and the records he broke as a catcher, if you look at his longevity in one uniform and what he meant to the Twins as they came out of the dark ages at the turn of the century to now, in a stable spot in a beautiful stadium, Mauer should have an easy path to the Hall, despite what his detractors think.