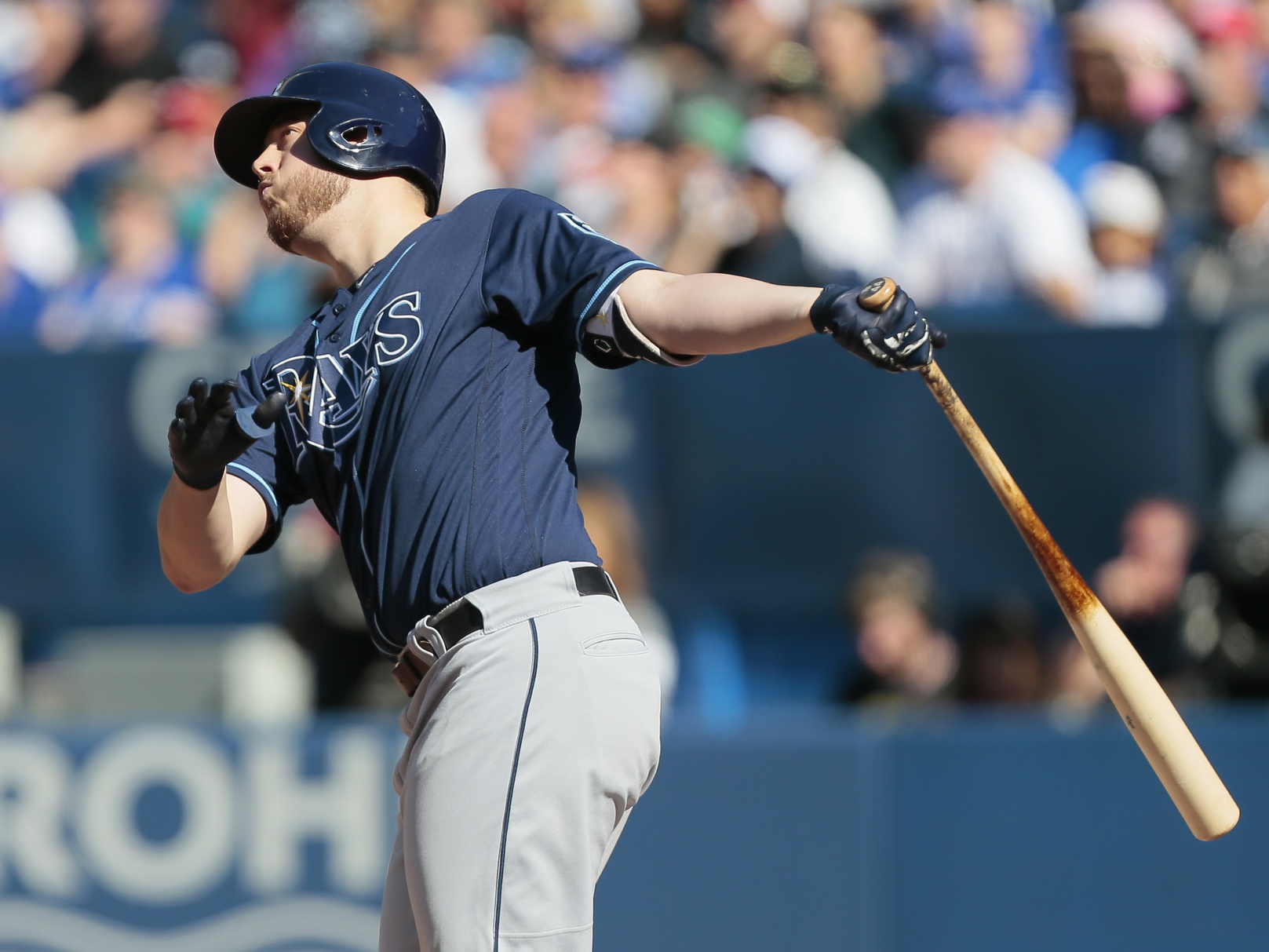 The early part of the offseason sees players squeezed out of 40 man rosters because a team might find a prospect more important to protect for the long term health of an organization, or because a player is scheduled to make too much money via arbitration in the following season. Players who don’t necessarily fit into a team’s plans suddenly become available for a discount.

Many of the players that come available aren’t necessarily bad, but at the point they come available they’re skill sets are being realized, and more often than not, they are simply square pegs trying to fit in a team’s round hole. Fortunately for the Twins and CJ Cron, there was a good fit between the two in Minnesota.

Cron was traded to Tampa Bay from Anaheim last year, and had the best season of is career, hitting 30 home runs and collecting an OPS of .815. Cron will become the front runner to replace Joe Mauer at first, with Tyler Austin likely becoming a DH or a capable 5th outfielder. The acquisition may feel small because of how it happens, but it really opens the Twins up for more opportunities through the rest of the offseason given the low cost.

A break out slugger coming to the Twins from the Rays may smack a little too much of the Logan Morrison acquisition last season, but thee are a couple of ways that this is more promising. The first is the cost. Cron will make a little more than half of what Morrison did last year this season. He will likely make more in 2020, thanks to arbitration raises and assuming another good season. Oh, that’s right. Cron will be under team control next year as well.

He is under team control, as he is younger than Morison by 2 years. On top of that, he has a career as a better hitter than Morrison, save for Morrison’s surprising 2017 with Tampa. He’s been more consistent, and improved steadily at the plate. His great season last year wasn’t an aberration like Morrison’s appears to be, but rather the continuation of a trend. A good first season in Minnesota seems more likely than it did for Morrison, and I was definitely a LoMo optimist.

CJ Cron was a low cost addition, who comes to Minnesota without the Twins giving up anything but a roster spot. That low cost also comes with a very high upside.