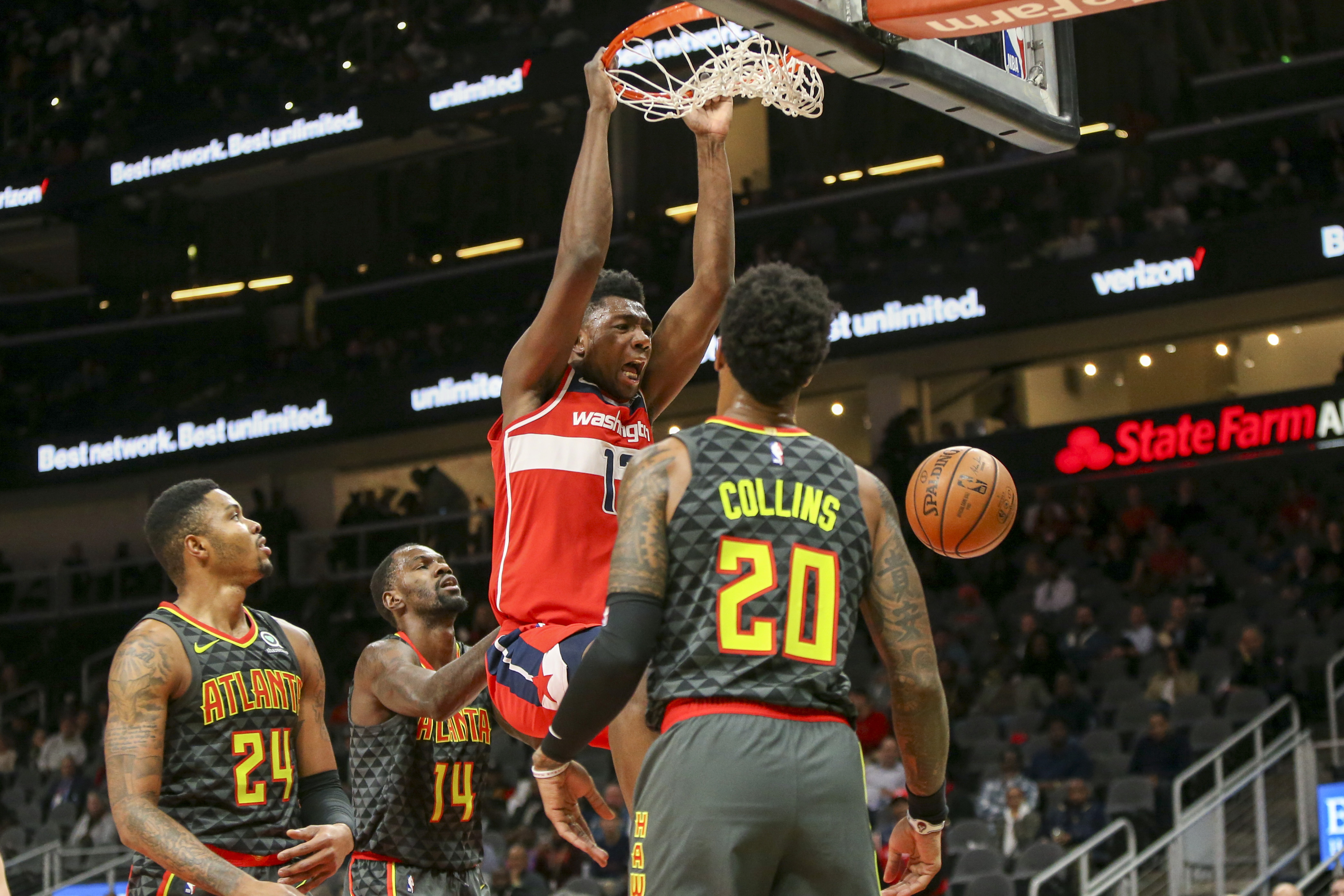 The Washington Wizards are on a three-game winning streak for the second time this season after taking care of business against the tanking Atlanta Hawks. The Wizards have now won 9 of their last 14 games since their putrid 2-9 start to the season and seem to be on the brink of a completed turnaround. On December 5, 2017, Bradley Beal had a career-high 51 points. Fast forward a year and he had a not too shabby 36 points, nine assists, and six rebounds. It all started with the pre-game routine, of course.

Bradley Beal and his handshake routine with coaches > pic.twitter.com/VqlUFqgPk5

With John Wall away for the team as he awaits the birth of his son and Jeff Green out with a lingering sore back, Scott Brooks knew that he could not shrink his rotation to seven. Enter the first-round pick and the versatility to play the one, two, or three that the team boasted about when selecting him No. 15 overall. In the first half, Brown played six minutes and filled the stat sheet with four points on 2-of-3 shooting, grabbed three rebounds, handed out an assist, and got a steal. He only played a minute in the second half because things had tightened up, but it becomes curious if Brown can ever enter the rotation when Washington is at full strength. He would likely have to overtake Austin Rivers and/or Kelly Oubre in the lineup and I am not sure that happens unless one of them is traded away.

Brooks is the type of the coach that will live with poor results as long as a player is making the effort and hustle plays that the Wizards tend to struggle with. The second-year center out of Indiana plays with so much passion that such will never be an issue. Bryant had a game full of career highs in points (16), rebounds (9), free throws (5) and minutes (21). Having a healthy Dwight Howard would be ideal, but who knows at what kind of level the future Hall of Famer can return at after the second back surgery of his career. The 21-year old is going to be starting for the foreseeable future and that will be just fine for Washington. It would be better if they were not paying Ian Mahinmi $64 million to sit on the bench, but that is another story.

Giving up a 45-point third quarter to the worst team in the Eastern Conference is ridiculous. Atlanta was 16-of-24 from the field including 6-of-8 from deep and added seven more from the free throw line. The Wizards were up 98-75 with less than four minutes to go in the quarter. The home team then went on a 25-7 run to cut the deficit to five early in the fourth quarter. Tomas Satoransky hit a couple of high three-pointers to immediately respond with a 12-3 run to essentially seal the game, but for six minutes the road team nearly wet the bed. Because of things still being close and the team being shorthanded, Otto Porter had to play 43 minutes and Beal logged 42. The team will return to D.C. for a day off on Thursday so the wings will be alright.

Next Game: Washington will travel to Cleveland for a Saturday matchup with the lowly Cavaliers. Hoop District will have live coverage from The Q.