Your Morning Dump... Where the Celtics reflect on being over-hyped 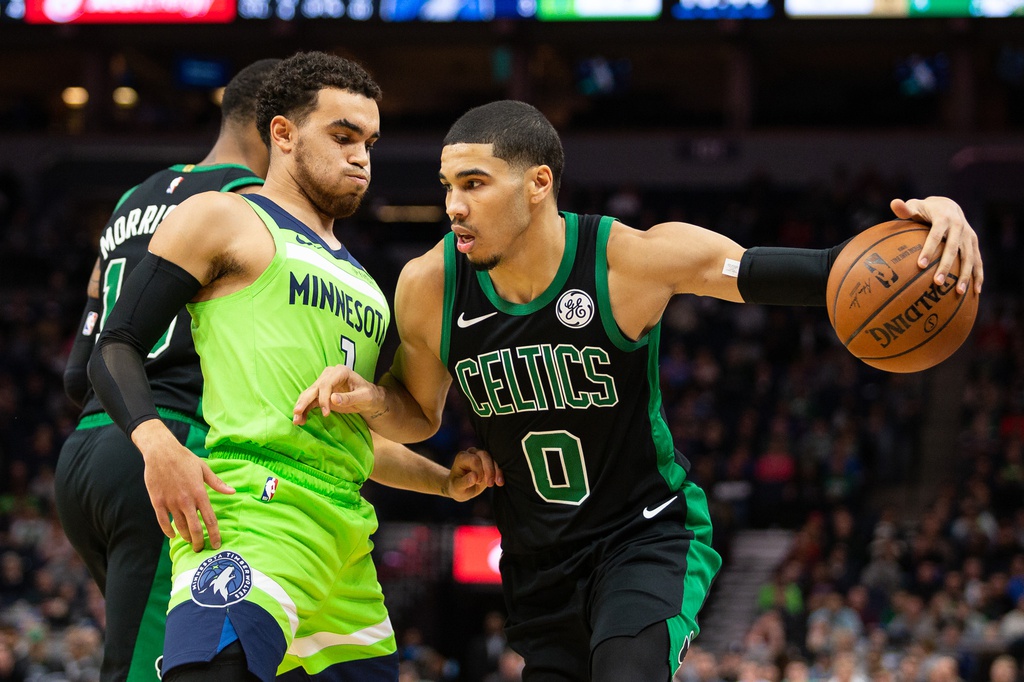 Your Morning Dump... Where the Celtics reflect on being over-hyped

Today is the end of the longest mid-season break of my life, maybe in all of basketball history. It’s the fourth and final day of waiting before the Celtics seek revenge on the New York Knicks. How have the Celtics fared in their days off? From reflection to recovery, things seem pretty good.

Jayson Tatum and Marcus Smart’s thoughts on the team’s early struggles are fairly consistent with what we were saying all along – the hype generated expectations that they may not have been prepared to meet.

“I think it was a lot of different reasons,” Tatum said. “Maybe we believed the hype too much and we didn’t come out and perform. There was a big target on our backs. The teams were coming after us and we didn’t understand that. Nothing we can do about the past, just focus on the next game.”

“I think the hype did that for us on its own,” Smart said. “It’s funny because if you don’t humble yourself, the world has a way of humbling you for you. As far as what we’ve been going through, it was something we needed.”

While much of this has been attributed to a lack of effort, it’s worth noticing that the Celtics fell victim to a very unique circumstance. It’s rare that a team becomes the enemy of the conference without actually winning the conference. By proxy of LeBron James leaving, his closest competitors took on the burden of having a target on their back despite not being nearly as prepared as they thought to handle it. That’s what we get for judging so many teams on paper before seeing them in action. In retrospect, it was totally unrealistic to think Gordon Hayward was going to be back in All-Star form right away. Maybe judging an injury’s recovery solely on how much time had passed since it occurred was a little short-sighted.

Although as much attention as it gets, the team doesn’t necessarily revolve around Hayward. The team’s got enough firepower to rally without him, so I think Smart’s words are important here. They played thinking they were a finished product and were humbled through public humiliation in two parts – one where they lost to the Knicks, and another where everybody was talking about how they lost to the Knicks. (God forbid it happens again tomorrow)

The locker room vibe a couple weeks ago was about players sulking. Whether or not you care about the personal reflection that’s happened in the meantime, it’s a nice change of pace.

The secret sauce to making so many lineups work isn’t always a secret. It’s easier to fit players together when everybody can do a bit of everything. I’m still reeling from the fact that Aron Baynes shoots threes in this timeline.

Williams’ shot doesn’t look all that fluid yet, but I’m sure it’ll come around in due time. I distinctly remember Avery Bradley’s shot having too much awkward movement early in his career before it smoothed out, which I thought of as one of the first great successes by the Celtics coaching staff in the Brad Stevens era. Watching Williams bring the ball over his head before flinging it also reminds me of a tendency Marcus Smart tends to fall back on, but has since been able to shake off… sometimes.

🎄🎅 @KyrieIrving led the @Celtics in "Jingle Bells" as the team brought some holiday cheer to @BostonChildrens earlier today 😍 🎶 #ThisIsWhyWePlay pic.twitter.com/4ZwVaxHFhv

And here’s Kyrie arguing with a kid in a hospital:

Boston.com: Marcus Smart thinks the Celtics are ‘getting their swagger back’

NBA.com: Another gap in schedule sets Celtics up for another successful week