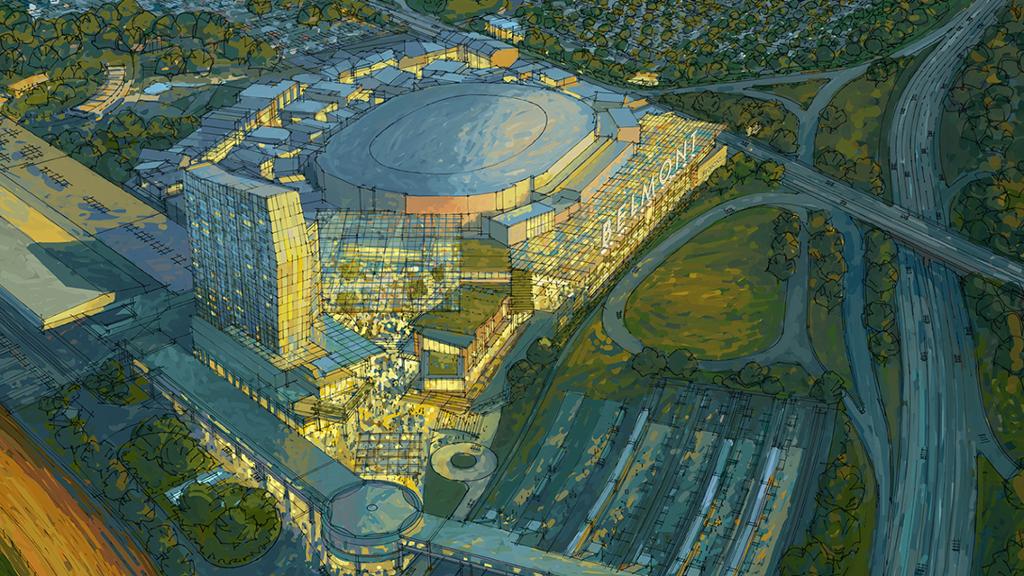 Opposition to the Islanders planned arena and development at Belmont Park made its voice heard on Thursday, as the Empire State Development Corporation OKed the release of the draft environmental impact statement for the project.

ESD approved the report at a meeting in Manhattan Thursday morning, which is where members of the public voiced their concerns about the plan. Several people associated with community groups in the area of the planned development questioned how much community input there has been with the project.

“I am here to tell you that is not the case,” Floral Park West End Civic Association president Kevin Flood said, according to Newsday’s Jim Baumbach.

Tammie Williams of the Belmont Park Community Coalition now addressing ESD, asking whether ESD has studied the impact of arenas on local communities. Also raising questions over their claim that they've engaged with community on this process.

Next up, Floral Park village administrator Gerry Bambrick, who says "size and scope of this project has grown to the point where it's out of character" with the surrounding communities. "I find it troubling" ESD will override zoning laws without seeking alternatives.

Floral Park deputy mayor Kevin Fitzgerald is now up… He is concerned about north lot of Belmont being used for arena events because they sit next to homes–too close to be used for tailgating. Wants ESD board member to be at public hearings to hear residents' emotions.

Now up, Norman Siegel, attorney for group of residents who oppose arena. Says ESD is "deficient" thus far in the SEQRA process, specifically in the transportation issue and the study of the arena impact on communities. (Deficient, mind you, is an important word in SEQRA world.)

The state will hold three days of public hearings starting on January 8. The Public will be able to have input on the environmental impact through February 11.