The Blues aren't sure why they sit back with a lead 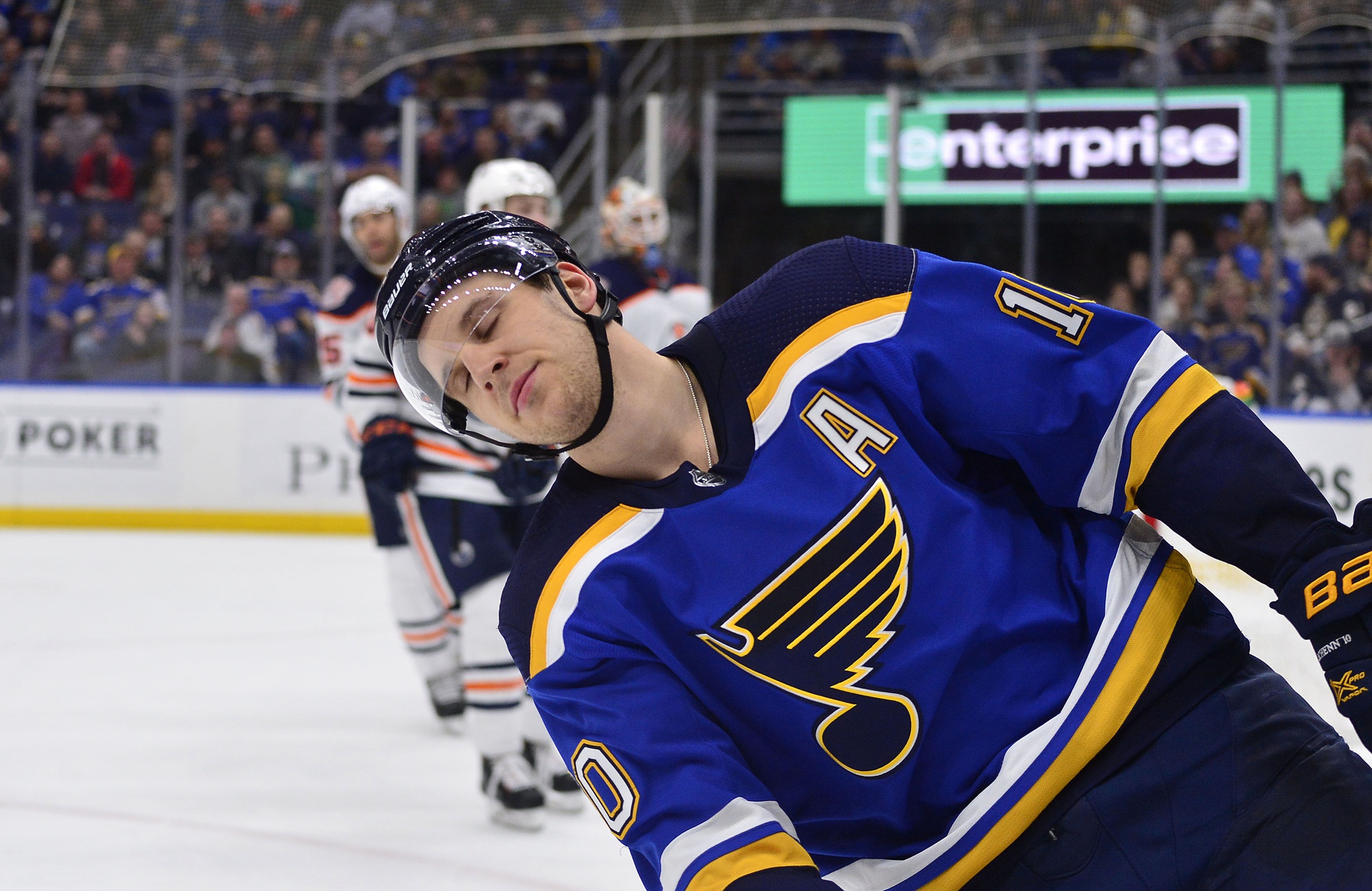 The Blues aren't sure why they sit back with a lead

Name the most frustrating thing to see during a St. Louis Blues game. That could be a lengthy list if you’ve watched this season, but you’re not alone if you said that watching the team sit back after they jump out to a lead is enough to cause a mental breakdown.

The Blues routinely allow opponents to dictate the play and creep back into games after they’ve built up a lead. They take their foot off the gas and shrivel under the pressure.

Why? Not even the Blues have an answer for that question.

Schenn: "We sat back as soon as we were up 2-0, the whole night, let 'em come at us, and eventually they're gonna tie the game, which they did."

Why did you guys sit back?

Summarized, Brayden Schenn and his teammates recognize what they’re doing when they allow opponents to walk back into a game. Instead of clamping down on the Edmonton Oilers when they had a 2-0 lead, the Blues shrunk back into a shell and failed to score again for the remainder of the game. A couple of Oilers goals later and a stupidly-patient Connor McDavid goal in the shootout resulted in yet another Blues loss. But at least they picked up a point, right?

Admitting you have a problem is the first step towards fixing a problem. Unfortunately, no one seems to have an answer on how to break this nasty habit.

Solving that topic, the one around why this team sits back whenever things start going well, is an issue that has plagued multiple Blues head coaches across multiple seasons. One has to wonder if this is a core mentality problem that will only be solved as the team’s veterans cycle out. The theory that this is an issue with the team’s core seems to hold a lot of water when you consider that the Blues have already gone through multiple coaches with varying approaches over the past several years.

Big changes are needed if this team hopes to ever shed this ugly reputation.