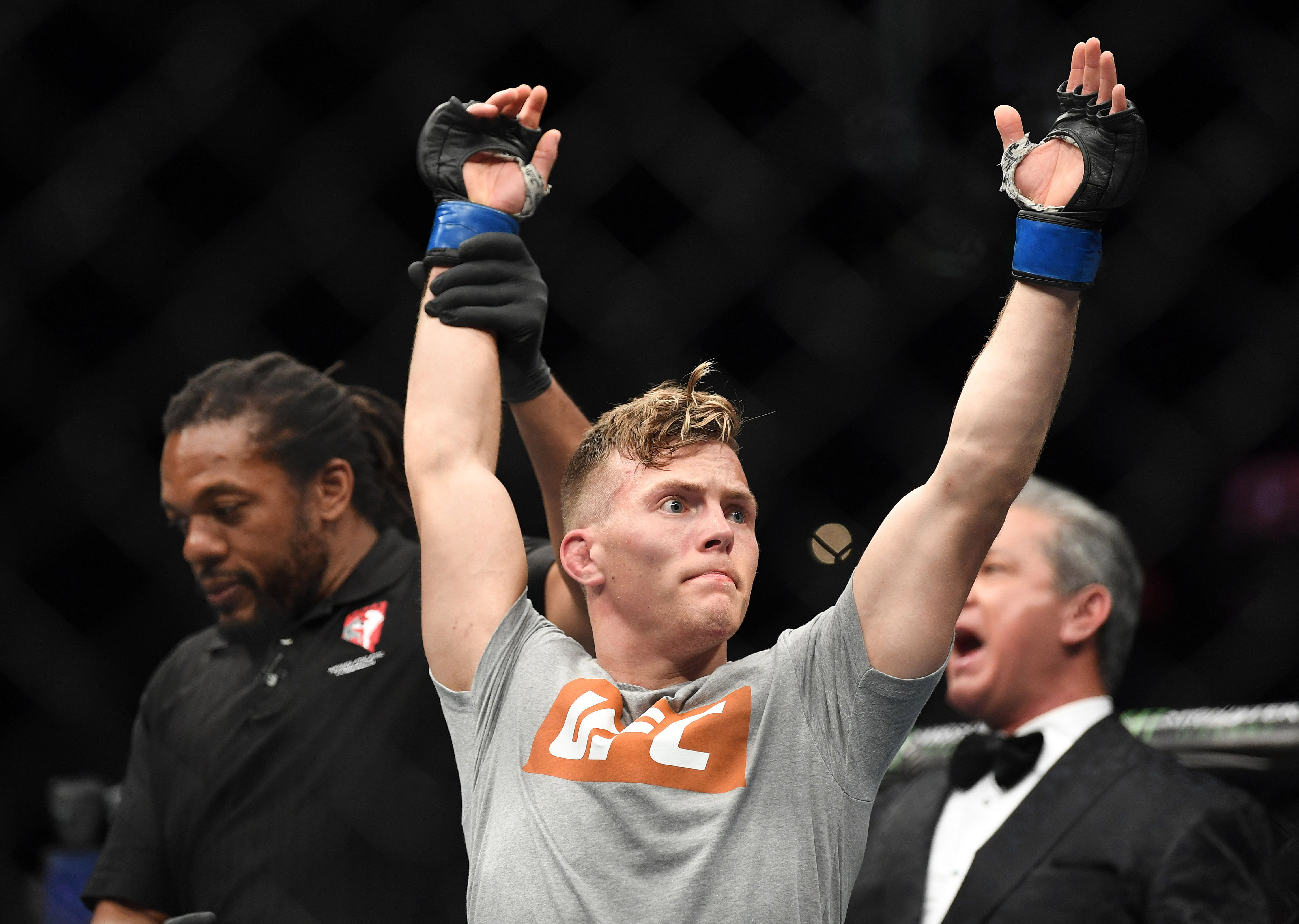 Last weekend, we looked at two different contender series killers, each of which picked up performance bonuses on their respective cards (Roosevelt Roberts and Sodiq Yusuff). This weekend, we have another who has a pretty good shot of getting one as well.

Katona has a real Rory MacDonald vibe about him. In addition to being soft-spoken in a way that might give you nightmares, he also is hard to peg stylistically. His wrestling is strong, but he’s far from a power wrestler. He mixes his strikes well, using kicks to open up shots, but he’s not really a kickboxer or a wrestle boxer. He also has two impressive submission victories in his short seven-fight career.

All of this makes him really hard to gameplan for. To make it even harder, he seems to add a new wrinkle to his game every fight.

Katona is a The Ultimate Fighter champion, but that’s a saying that seems to have lost a bit of its prestige. In prior years, that title seemed to suggest you were on the edge of the top 15 – a star in the making. This hardly seems to be the case anymore. Just look at Juan Espino – he’s not exactly someone people are texting their friends about at heavyweight. However, a win here might just make Katona that kind of contender, especially given that his opponent, Matthew Lopez, was recently in the top 15.

Matthew Lopez is a fighter who makes his money in the wrestling game. He averages just over a takedown per round in the UFC. Katona is really hard to take down though, which means this fight will likely take place on the feet or with Lopez’s back on the mat. Obviously the latter would be bad for Lopez, but the former wouldn’t be much better. In his last two fights, Lopez was KO’d on his feet by a superior striker. Katona could easily do the same here.