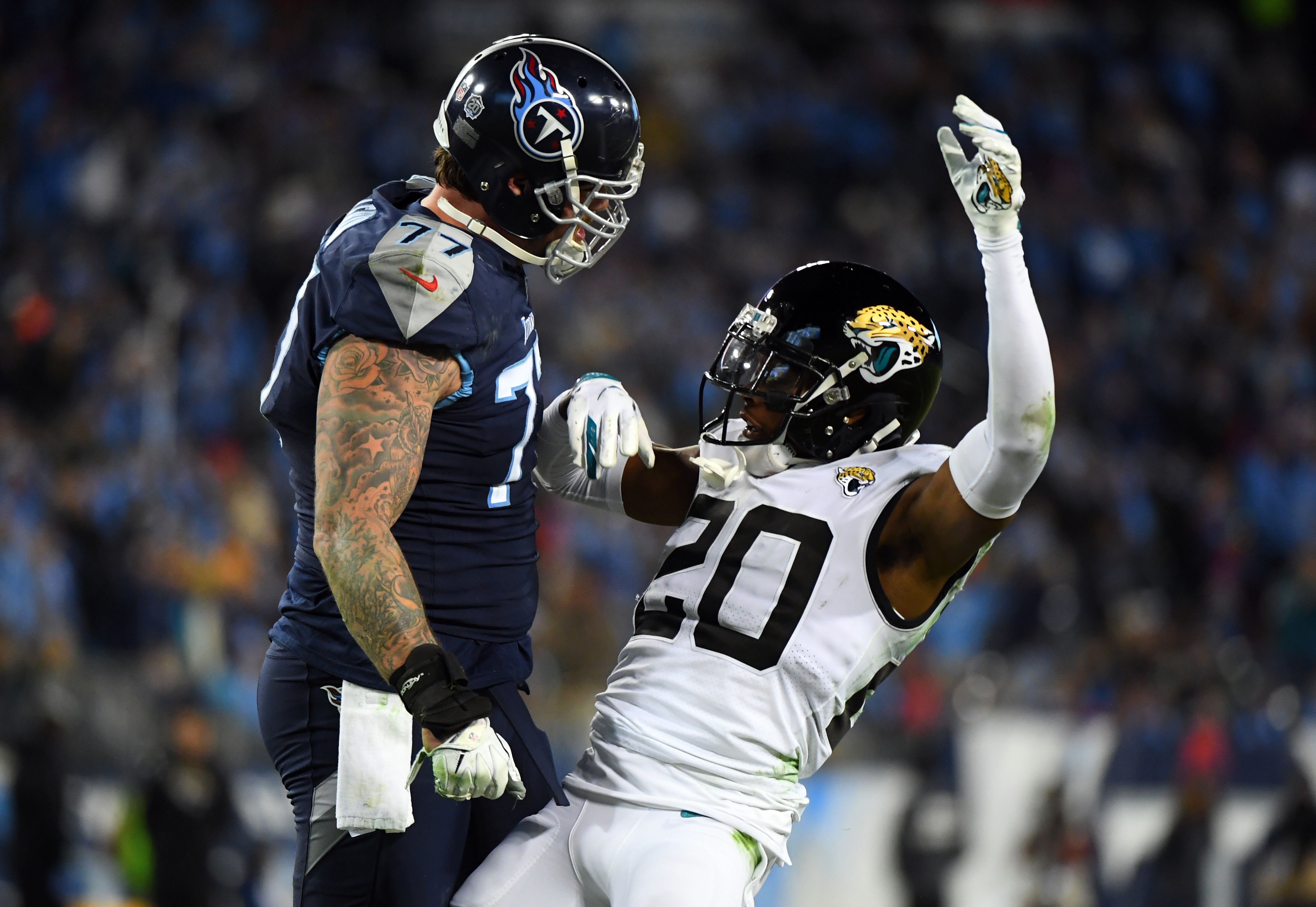 Jaguars cornerback Jalen Ramsey has shut down a number of dominant receivers during his three seasons in the league, but he comically failed in an attempt to draw a penalty during Thursday’s game against the Titans, and was roasted for it on social media.

For some reason, Ramsey was seen celebrating after the Jaguars stopped the Titans on a routine run play in the fourth quarter — keeping them out of the end zone — and Taylor Lewan confronted him about it. The Titans’ 315-pound lineman got in the 194-pound Ramsey’s face and bumped helmets with him, so the outspoken cornerback tried to draw a penalty by flopping, in an attempt to embellish the contact (which there was very little of).

But his flop attempt was a fail on all fronts, as you can see below.

You: The Jags couldn't embarrass themselves anymore
Jalen Ramsey: Hold my beer pic.twitter.com/IE9RWpfcON

For Best Original Flop in A Game… pic.twitter.com/Y06opxYb3H

Joe Buck: "Meanwhile, what was going on after that last play?"
Ramsey: pic.twitter.com/Jv2iesIRZt

Jalen Ramsey celebrates a nothing play in 30-9 game, gets called out on it, then flops like a fish. So embarrassing.

Lewan trolled Ramsey on the field after the flop as well, as he did a gesture that made it look as if he were playing a violin, mocking his counterpart for embellishing the contact.

Everyone seemed to join in on trolling Ramsey for that comical flop.