Your Morning Dump.. Where the Celtics finally play again tonight and have everyone. Is that a good thing? 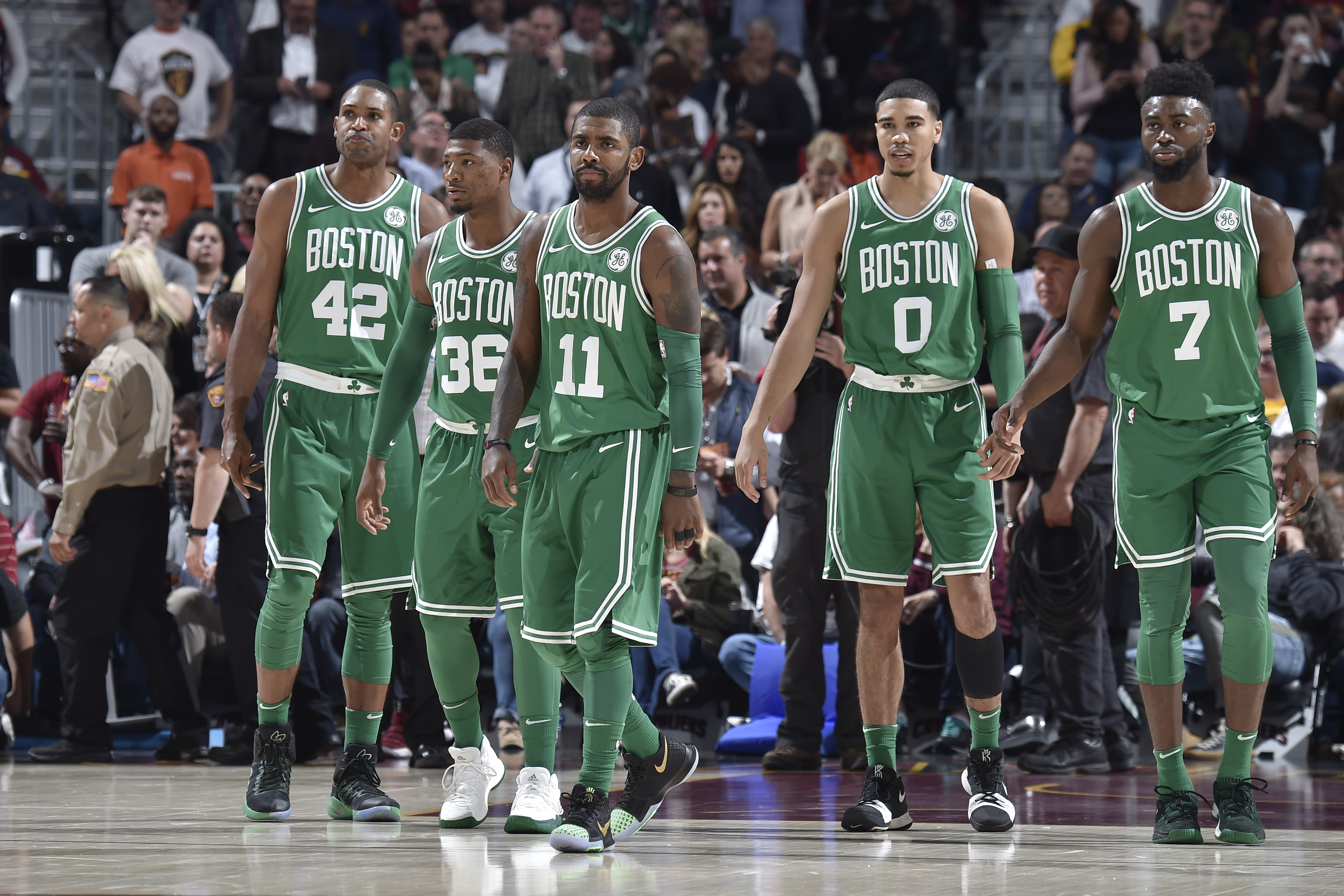 Your Morning Dump.. Where the Celtics finally play again tonight and have everyone. Is that a good thing?

Stevens said Wednesday, while also keeping the possibility of change open a crack, that he plans to continue with Marcus Smart and Marcus Morris as starters Thursday night against the Knicks.

“I think the bottom line is that that’s one of the unfortunate parts is that as a coach you have to make those decisions and you have to communicate them well,” the Celtics coach said. “You have to think about how it will affect people and you have to be empathetic to that and the reality is it’s not easy to bounce back and forth in and out of a lineup and it’s not easy to play less minutes than you’re accustomed to.

“I think that guys just being in their specific roles – Brad being more definitive in what he wants and us responding the right way, and not necessarily doing it selfishly,” Irving said. “So when coach says something, he wants something done, he thinks this is best for the team, instead of responding selfishly and thinking about yourself you think about what’s best for the team.

“I think that over the last few games we’ve just been having a lot more fun doing so and playing the right way, because playing at a high level it should be fun,” he said.

The Celtics “Fall-Star” Break finally comes to an end after just two games in nine days, and even though the guys have ripped off three straight wins, it definitely came at an opportune time.

But while fully rested and completely healthy heading into tonight’s game against the Knicks, the return of Jaylen Brown means the Celtics have all of their mouths to feed, and rarely this year has that been a good thing.

The Cs are now 3-0 without Jaylen Brown on the year, they’ve also won when Al Horford has sat, shortening Boston’s rotation and allowing the team to play seemingly more free.

According to John’s practice report yesterday, Jaylen is saying all the right things, and I don’t doubt that all of these guys want to win and are willing to put personal accomplishments aside in order to do it. The thing is, each guy in the Cs core 8 (I’ll keep Baynes, Theis and Semi out of that 8 because those guys are play within very defined and limited scopes) is good enough to do more than he is being asked to do right now. But by doing more than he is asked, it throws off what the Celtics as a team are trying to do.

NBCSports Boston ran a piece on Tuesday titled, How the Celtics Got Their Groove Back. Let’s see if they can keep it rolling with a full complement of guys tonight, and then going forward. If the Cs stumble in their next few, it lends credence to the murmurs that maybe this team has one too many good players.

You’re in one of the most fascinating situations this season. I say that because you were a breakout star, you knew coming into the season you’d be coming off the bench. You’ve said it’s been tough to deal with, but what has been the biggest part of the adjustment and what was something maybe you hadn’t planned for?

You said the biggest adjustment? Shit, just having the run that we had and then the start of the season it’s just everything has to come back down — gotta come back down to what it is. That’s just what it is, so …

How tough has it been for all you guys to sacrifice? From watching you guys, I think that’s been one of the toughest parts for you.

It’s definitely tough, man. It’s definitely tough. Some guys have more leeway than others, and that’s just what it is. That’s on a lot of teams. And then we’ve got special guys. We’ve got special guys. Gordon Hayward, he’s been special, coming back from an injury. He showed last game what he’s capable of and things like that. So we’ve got a lot of great talent. Once we put that all together, we’ll be where we want to be.

Jay King’s sit-down with Terry Rozier was a fun read and if you have a subscription to The Athletic, I suggest reading through it. I picked two of Terry’s answers to Jay’s questions that I want to interpret (I promise not to go all Felger & Mazz here and twist Terry’s words):

You said the biggest adjustment? Shit, just having the run that we had and then the start of the season it’s just everything has to come back down — gotta come back down to what it is. That’s just what it is, so …

As much as Terry can talk about how he’s all about the team and accepting a smaller role this season, there is no way he isn’t thinking about what a step back this all is from last April and May. The fact that he trailed off on his answer tells me that he’s pretty much resigned to the fact that he’ll be playing low 20s for minutes this season and he still isn’t thrilled about it. I don’t think he’s angry at anyone in particular, and think he’s still all-in for this season, but I can’t see a way he’s back here in 19-20.

Ok, so that sound bite wasn’t too juicy, but I thought this one was:

It’s definitely tough, man. It’s definitely tough. Some guys have more leeway than others, and that’s just what it is. That’s on a lot of teams. And then we’ve got special guys. We’ve got special guys. Gordon Hayward, he’s been special, coming back from an injury. He showed last game what he’s capable of and things like that. So we’ve got a lot of great talent. Once we put that all together, we’ll be where we want to be.

Maybe I’m crazy but that sentence “some guys have more leeway than others, and that’s just what it is,” in answering King’s question about guys having to sacrifice, sounds a little funny to me.

Is that inferring that certain guys that are more talented (Jayson Tatum) or are favored by the coaching staff (Marcus Smart and Marcus Morris) get to do more in their roles and play more minutes? Bottom line is, if Terry came out and, in his 20-25 minutes looked a bit more like the guy he was in last year’s playoffs, he’d probably get more “leeway” too.

He follows up that sentence with “That’s on a lot of teams. And then we’ve got special guys,” so there’s an admission that if he were on another team with less talent, he might also get that “leeway.”

Last thing here, I appreciate Terry for being open and honest about all of this, it’s refreshing. But because of how loaded this team is and because each guy has a reason to think he should be playing a bit more, I’m probably going to unfairly dissect Terry Rozier’s comments all year. Hate me for it, but that’s probably just the way it’s going to be.

Mass Live — Irving on Terry Rozier: He’s a starting guard in our league

And finally, Perk is not happy about results from “The Voice”

Someone please sign Perk ASAP so he doesn’t have enough free time to go on the set of the show, find Adam Levine and throw an elbow at his face.