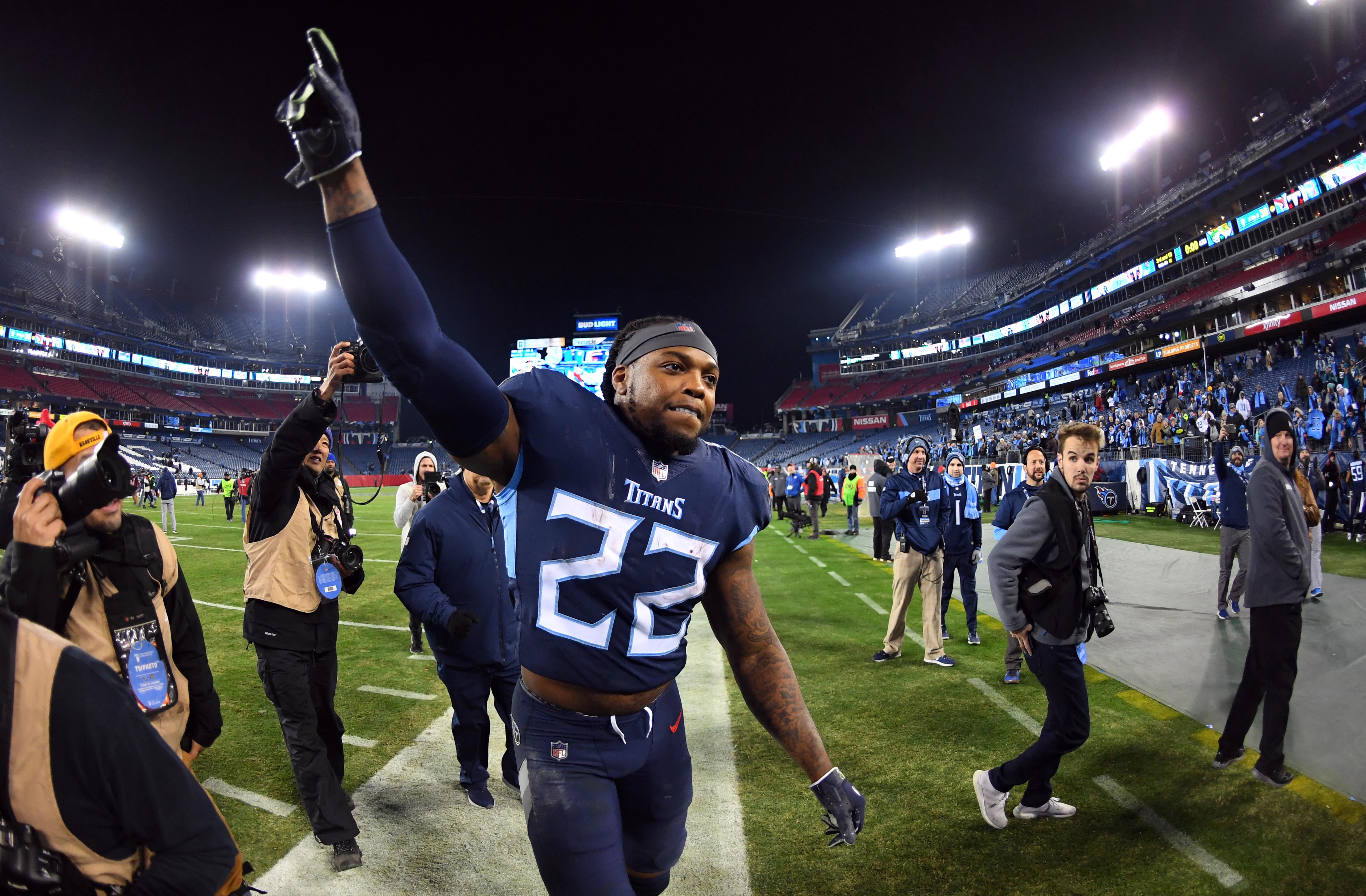 Titans running back Derrick Henry turned in one of the best performances we’ve ever seen from a player at his position in Thursday’s 30-9 win over the Jaguars.

Henry carried the ball 17 times for 238 yards, with four touchdowns as well. Speaking of those, Henry had a chance to record a franchise-record fifth one late in the fourth quarter, but he actually told head coach Mike Vrabel he didn’t want to go in, and wanted Dion Lewis to get the red-zone carries instead.

He shared exactly why he said that with reporters after the game.

Derrick Henry with a low-key savage explanation on why he came out of the game at the goal line late for Dion Lewis: “We both gotta eat, I wanted to see him get a touchdown … And I got bored.”

Derrick Henry just told Erin Andrews he didn't know a 5h TD would have been a franchise record.

That was an awesome gesture by Henry. And to his credit, he did break Chris Johnson’s franchise record for rushing yards on the night.