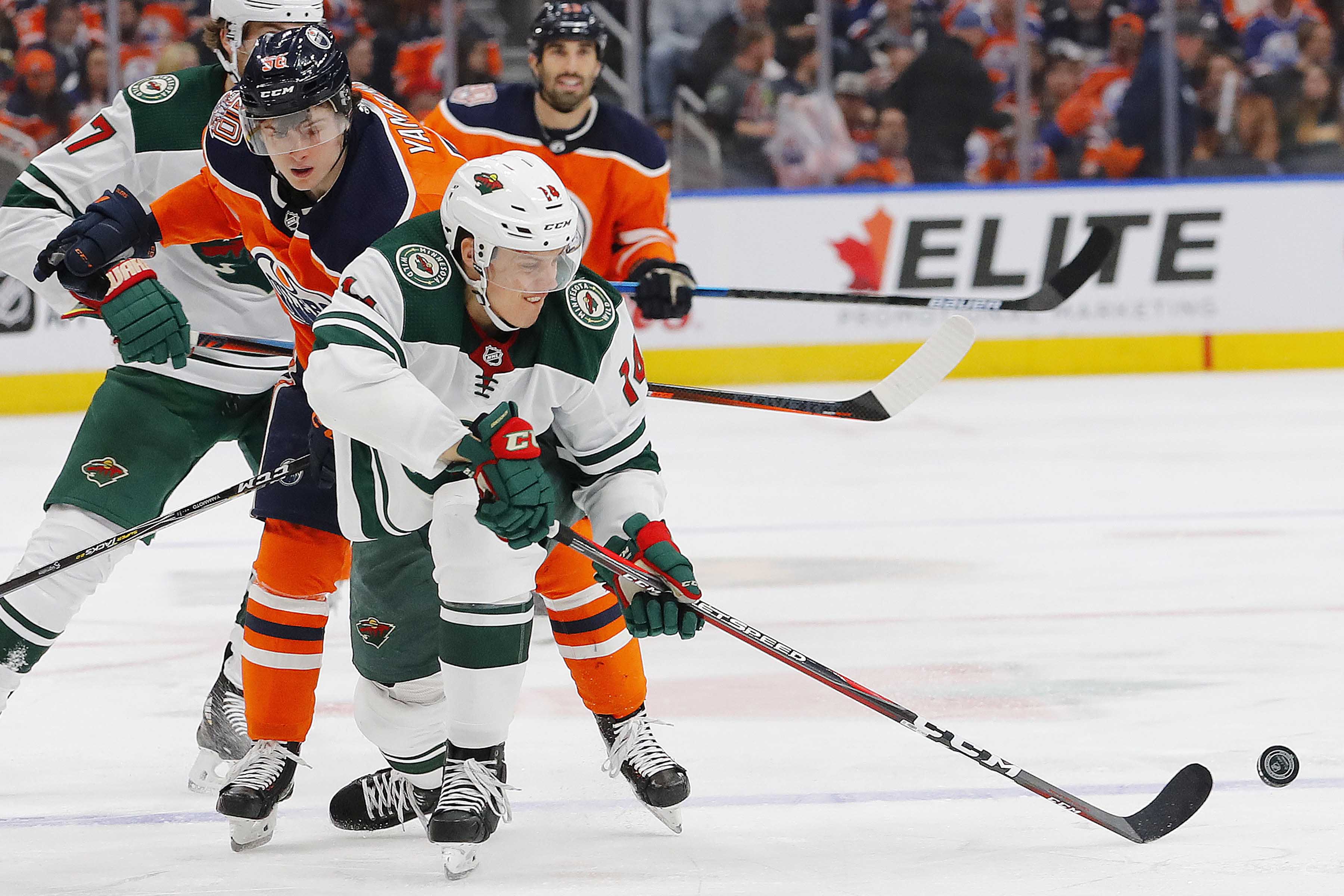 TGIF. I have to admit, it’s been quite some time since I’ve said the words, “thank god, it’s Friday.” In our house, we’ve both had work weeks that couldn’t end soon enough. It’s been the kind of week, that no matter how early you go to bed, it feels like it hasn’t made one bit of difference. And of course, a western Canada road trip doesn’t exactly help with exhaustion. And now that I think of it, the last thing the NHL needed was to expand further into the Pacific Time Zone. So some fellow fans and I were chatting online during the Calgary game, and I mentioned that I really didn’t know what I wanted to talk about in regards to this game. One of my cohorts mentioned “well at least it doesn’t start at 9:30.” Yes, I’m very thankful for that. I just wish this wasn’t a Calgary and Edmonton back-to-back kind of scenario. But alas, that is not the case. I’m just glad that staying up later than I want two night in a row, I can sleep in on Saturday morning. It’s the little things….and thank goodness it’s Friday.

Watching the first five or so minutes of the Calgary game, I was beginning to think the Wild were going play like I was feeling. In those first minutes, it looked like they were content to play the entire game in their own end and let Alex Stalock be on his own. And the Flames are not the kind of team you want to allow to have a shooting gallery. I will say though that I was glad to see Stalock instead of Devan Dubnyk. There was a moment where Stalock had people bumping into him left and right, and he remained calm and composed instead of flopping around on the ice trying to draw a penalty. It was a nice change of pace. Of course, since we saw Stalock last night, it pretty much guarantees that Dubnyk will be getting the start tonight. I would like to say I hope he looks refreshed, but he’s had plenty of other nights where he’s had a day or more off, and he looks extremely ill-prepared.

So, what do you need to know about tonight? Well first, unless your name is Connor McDavid or Leon Draisaitl, you’re pretty much guaranteed not to score. I was looking at some of the stats, and I was like “why are the Edmonton Oilers near the bottom of the National Hockey League when it comes to goals for per game” well they only really have two guys who can score. The rest are just there. As Wild fans, we know this first hand. You definitely need your go-to scorers, but you also need to get scoring from the rest of the team as well. For as much as we chastise Charlie Coyle and Nino Niederreiter for their prolonged absence this season, the Edmonton Oilers seemingly have a team of nothing but Coyles and Niederreiters. Ouch. If you were to pull up the stats of the Wild and the Oilers and put them side by side, you would be a bit shocked to see just how little the team scores outside of the top five (top six if you include Jake Caggiula with his respectable seven goals).

So not only do the Oilers not score a lot of goals, they’re not exactly stellar when it comes to preventing goals either. They’re in the middle of the pack when it comes to goals against. Sure, they Wild aren’t exactly killing it in this stat either, but definitely better than the Oilers. In the case of Edmonton, they give up more goals than they allow, where the opposite is the case for Minnesota. Minnesota still gives up more goals than I’m truly comfortable with. Then if that wasn’t bad enough, it appears that there could be a bit of a goalie controversy as well. For many, it appeared that veteran goaltender Cam Talbot was going to be the #1 goaltender in Edmonton. Let’s just say, he’s not having a great season. His goals-against-average and save percentage have been such that he has been supplanted by 6-foot-7-inch Mikko Koskinen. Koskinen has played three fewer games than Talbot. But in those three fewer games, he has two more wins than Talbot and great numbers when it comes to goals-against-average and save percentage. Oh, and Koskinen also has two shutouts. You can pretty much guarantee with those kinds of numbers, that barring illness, it will be Koskinen getting the start. Considering how the Wild have been playing lately, Minnesota will most likely make Koskinen look like the next coming of Grant Fuhr. Lucky us.

Yes, it is thankfully Friday. This week is over. This western Canada road trip is over, and then we don’t have to play another game until Tuesday. I’m ready for a mini-vacation.