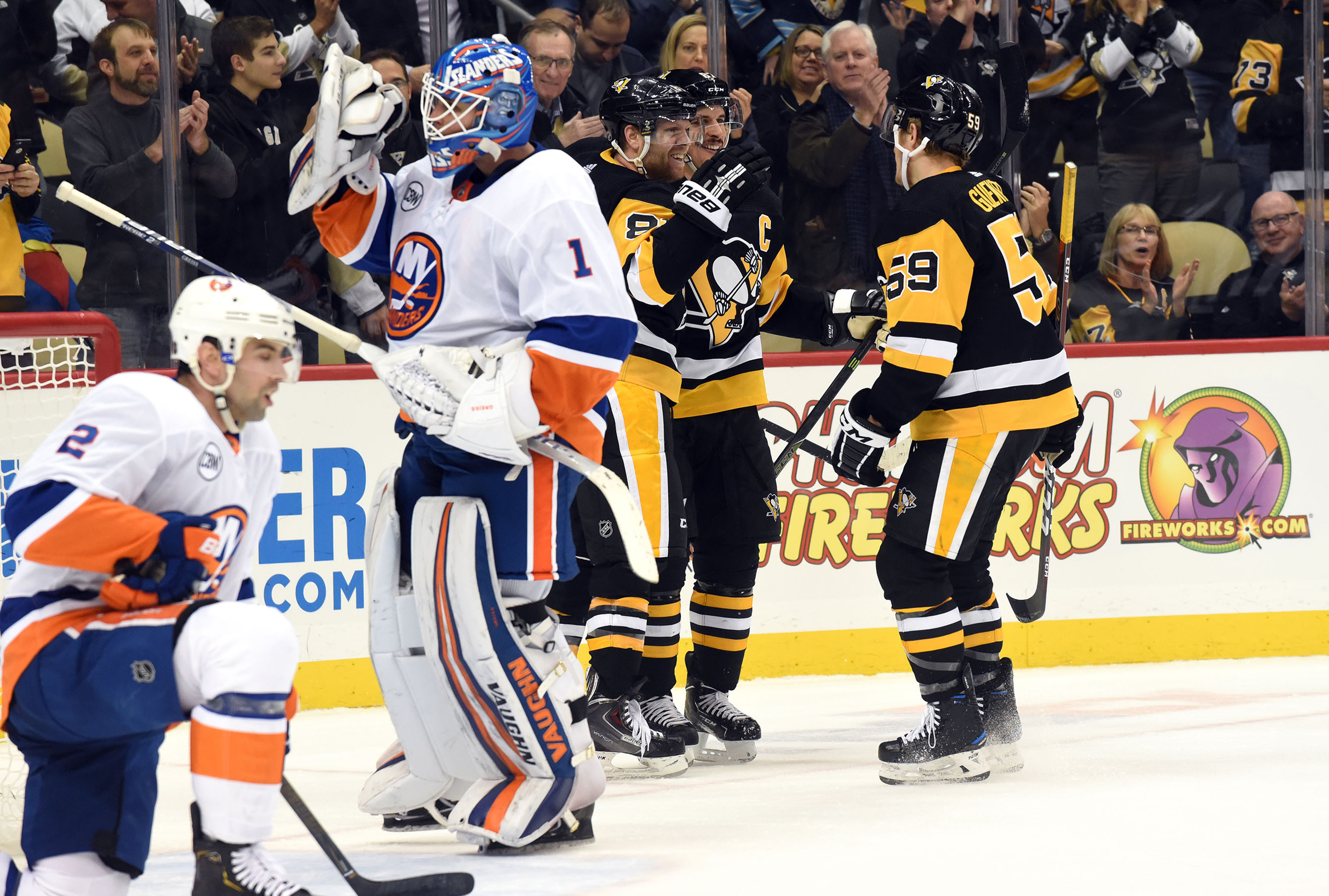 A late first-period goal and a three-goal second-period dashed the hopes of the Islanders on Thursday night in a rough 6-2 loss to the Pittsburgh Penguins in the Steel City. Brock Nelson and Anders Lee were the only Islanders to score in the loss.

“It definitely wasn’t the standard that we needed to come to play with, so it’s on us,” Nelson told the Associated Press. “They got a couple, and it’s times like that on the road where you kind of have to find a way to stop it, get some momentum back and get back on the attack. It’s frustrating, for sure.”

The Islanders played a lackluster second period, already trailing 2-1, before the Penguins opened up their assault on starter Thomas Greiss. Riley Sheahan scored 7:21 into the second period to put the Pens up by two.

Phil Kessel scored the first of two goals on Thursday at 12:09 of the second and made it a 5-1 game a few minutes later. The Islanders mustered up just four shots in the second period, while the Penguins had 13 in the 20-minute span.

Sidney Crosby scored in the third and Kris Letang scored two goals in the first period for the Penguins.

New York’s power play woes continued as well with the Islanders going 0-for-2 on the night and are now a dismal 0-for-19 in their last nine games on the man-advantage.  The Islanders power play unit had just three shots on goal, according to Newsday.

The loss was the Islanders second in a row and fourth in their last five games.

Thursday was the Islanders first loss to the Penguins this season, having defeated the Metro Division rival in their two previous meetings. The Islanders and Penguins will close out their season series on Monday when they play at Nassau Coliseum.