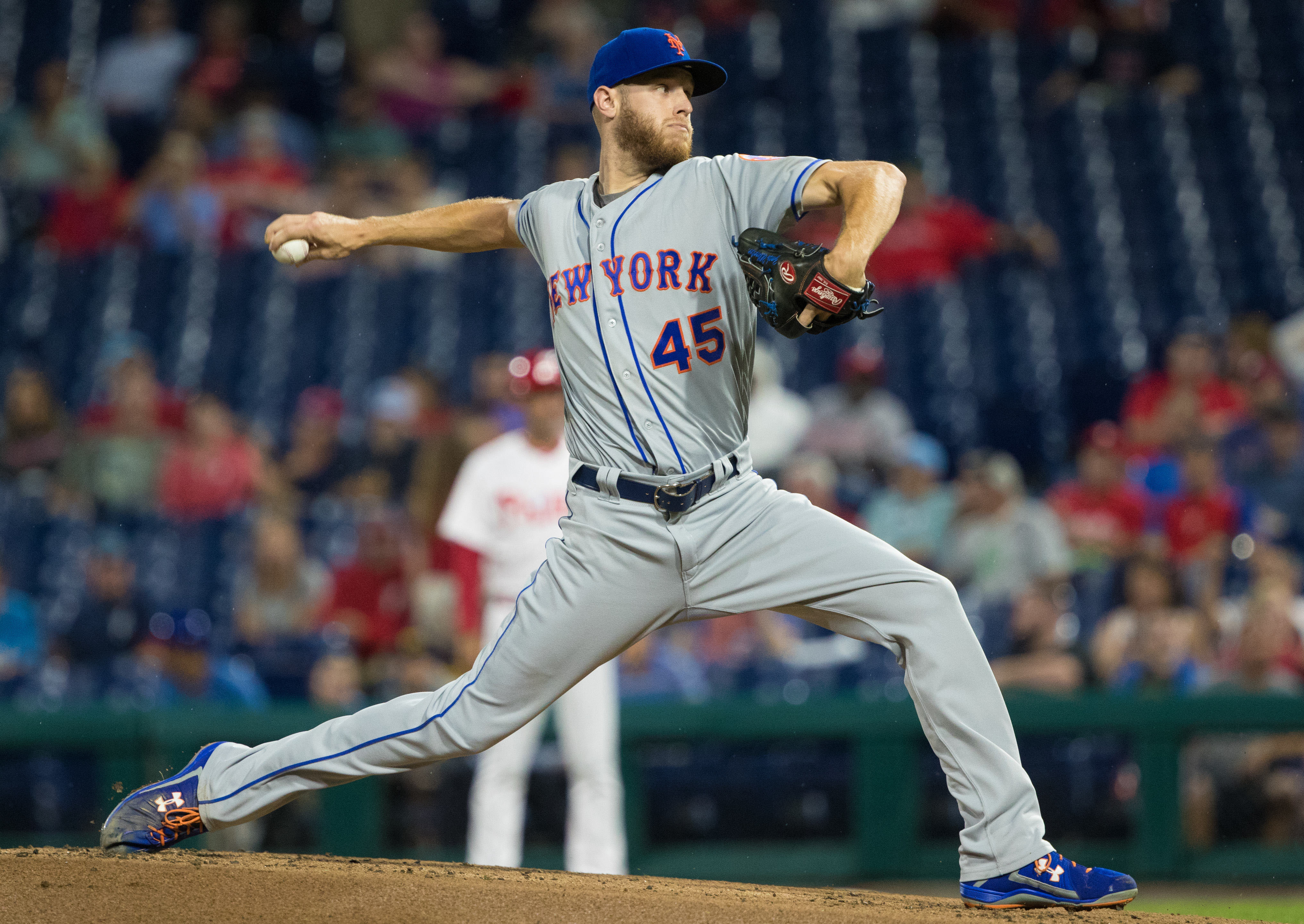 Now that the 2018 season is over for the New York Mets, we have been looking back at the year that was. After taking a more general view of the offense, pitching, and coaching staff, it’s time to take a look back at the Mets’ players. This series will take a look at every player on the roster for the Mets at the end of season from B (Tyler Bashlor) to Z (Daniel Zamora). The review will look at their season statistics, stories, and what role (if any) they will have next season. We continue the series today with a look at starting pitcher Zack Wheeler.

Story: After a tough return from Tommy John surgery in 2017, the heat was on for Mets’ starting pitcher Zack Wheeler. The team signed veteran Jason Vargas early in spring training to take a rotation spot, and it ended up being Wheeler’s after a poor showing at the end of camp. Wheeler actually began the year with AAA Las Vegas, pitching well in his first start before getting an opportunity to make a spot start in Miami on April 11th. Wheeler dominated the Marlins, allowing one run in seven innings to pick up his first win of the year and pitched well enough to maintain a spot in the rotation even after Vargas returned from his injury. The sledding got tough for Wheeler after that as he was very inconsistent over the following two months, often alternating good starts with bad to the point that he was 2-6 with a 4.85 ERA after getting beaten up by the Los Angeles Dodgers at Citi Field on June 22nd. Wheeler began pitching better after that, but the lightbulb really went on in the second half, when he was one of the best pitchers in baseball. Over the course of 11 second half starts, Wheeler went 9-1 with a 1.68 ERA while striking out 73 batters in 75 innings pitched. Wheeler held opposing hitters to a .179 batting average against him and actually had a better second half ERA than teammate Jacob deGrom (1.73 ERA in 13 starts), who went on to win the Cy Young award. The Mets opted to shut Wheeler down with two weeks to go since he had already accumulated close to 190 innings counting his start in AAA, the most Wheeler had thrown in a season since 2014.

Wheeler’s transformation into a top of the line starter in the second half was completely unexpected and one that altered the Mets’ planning for the future. There had been serious discussion about dealing Wheeler at the trade deadline to capitalize on a weak market for starting pitching, but the Mets opted to hold him when they failed to receive an offer they liked. Wheeler rewarded the team’s faith with a brilliant second half that offers hope he can be the Mets’ third ace behind deGrom and Noah Syndergaard.

Unlike Syndergaard, there has been no buzz about the Mets shopping Wheeler despite the fact that he is the closest to free agency of any Mets’ starter. It is fair to question whether or not Wheeler can duplicate his brilliant second half showing over the course of a full season, but if he can deliver an ERA in the low 3’s like he did in 2019 the Mets will happily sign for it. Wheeler is in a contract year so he will be highly motivated to deliver excellent results when pitchers with similar resumes, like Patrick Corbin and Nathan Eovaldi, have scored lavish pay days in free agency this year.

Check back tomorrow as our Player Review Series continues with a look at third baseman David Wright!