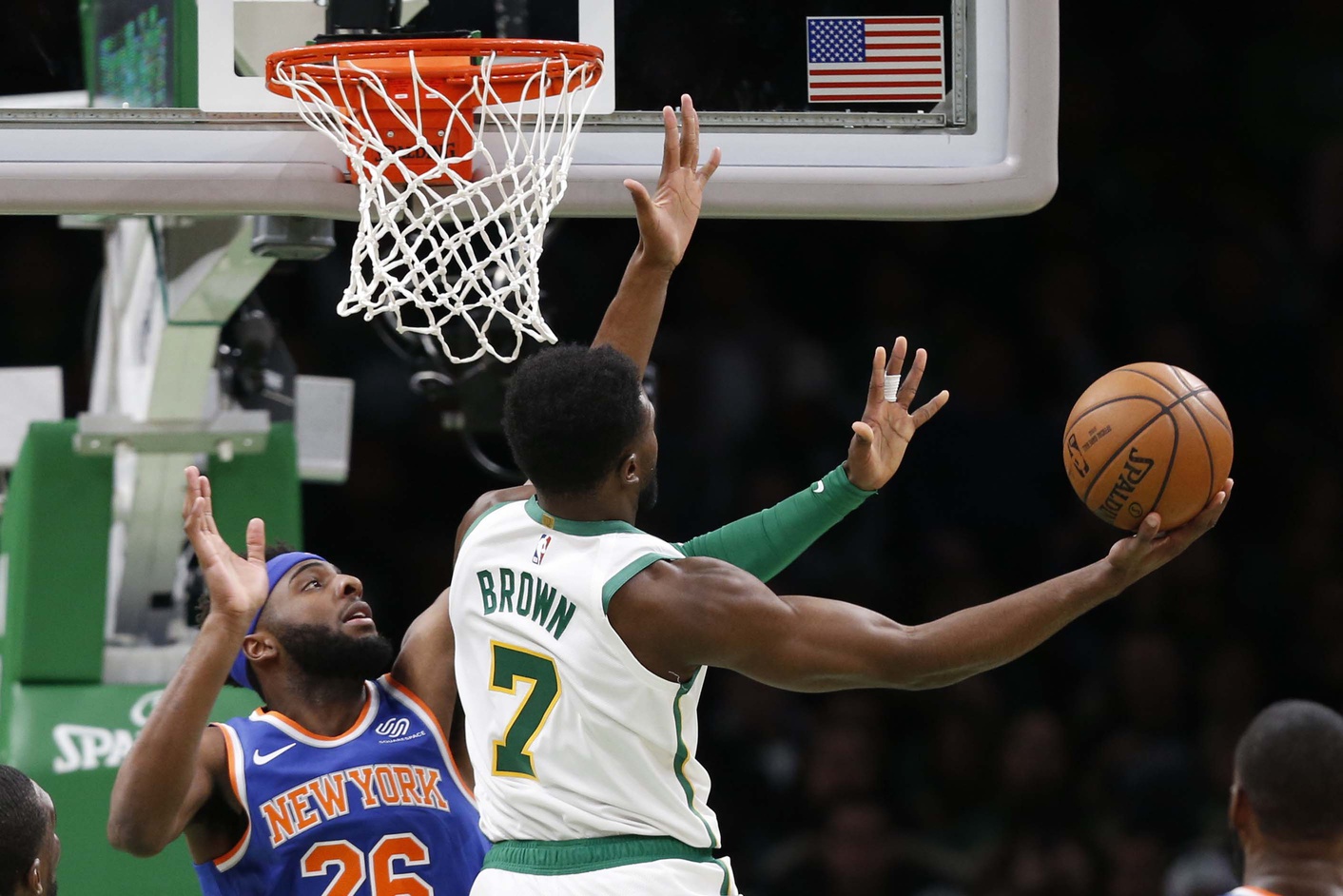 IN A NUTSHELL
The Boston Celtics wanted payback tonight. Their beating at the hands of the New York Knicks still stood out fairly fresh in their collective memory, as it was barely two weeks ago—back when the Boston sports media was inevitably turning A Pretty Underwhelming Start to the Season into THE END OF THE FUCKING WORLD. New York smacked them around fair and square, along with some other good teams before and after Boston (New Orleans and Memphis), but their talent paucity is too great for that to be sustainable, and the Cs had started bouncing back from their swoon.

There’s revenge, and then there’s what the Celtics did tonight against the Knicks: a game that appeared relatively close and then morphed into a 128-100 bloodbath. (Not sure how much crossover there is in Red’s readership and cult-horror viewership, but for those of you who’ve seen Mandy, remember the denouement of the chainsaw fight? It was like that.) Most of the roster positively contributed to it, from opening tip to garbage time. The players we expect excellence from (Kyrie Irving, Al Horford and Jayson Tatum) brought it, and Jaylen Brown’s outstanding sixth-man performance in his first game back from injury—21 points on 70 percent (!!) shooting—stole the show.

WHAT WENT RIGHT
Playing a team under the uneven stewardship of coach David Fizdale certainly doesn’t hurt, not to mention one relying on Tim Hardaway Jr. and the hope of drafting Zion Williamson as its marquee attractions in the absence of Kristaps Porzingis. But speaking more seriously:

SMARF in first-team all defense form:

Can't be sloppy around Smart. pic.twitter.com/NsVewjrYnk

Despite my not-yet-dismissed concerns about Hayward, it should be say that certain things, like his passing and movement in transition, as showcased below, have been fairly consistent. Also JAYLEN DUNK KING AGAIN MOAR PLZ.

Hayward leads the break and finds Brown for a dunk! pic.twitter.com/zwe5CghP12