Should Jaguars fire Doug Marrone after embarrassing loss to TItans? 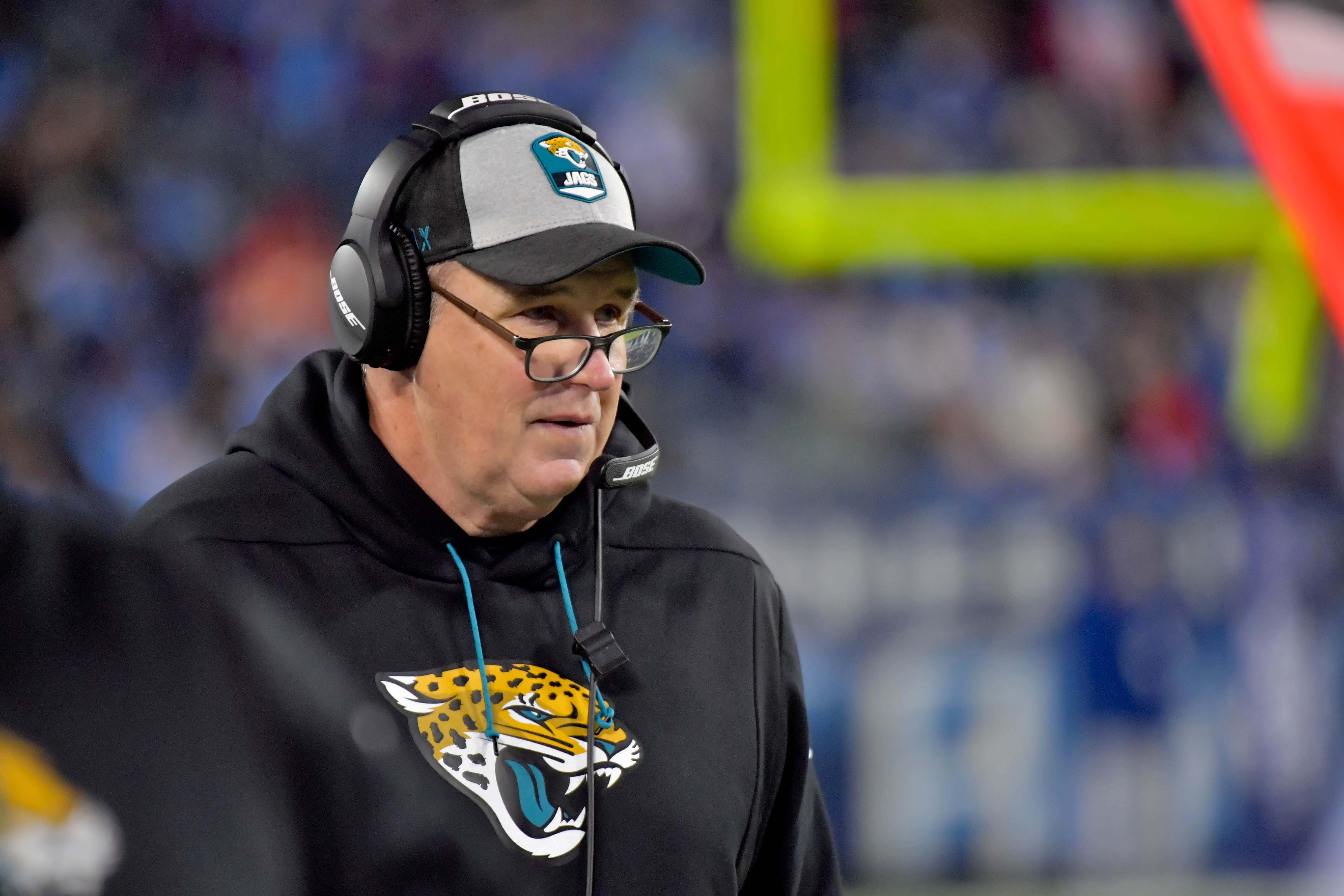 Should Jaguars fire Doug Marrone after embarrassing loss to TItans?

The Jaguars have been one of the most disappointing NFL teams this season, and it may be time for major changes in the offseason as a result.

For starters, quarterback Blake Bortles is as good as gone. Once he was benched and replaced by Cody Kessler, the writing was on the wall. Frankly, the team should’ve done it one year ago, and it may have cost them, being that their window of opportunity to win has pretty much closed. Bortles’ departure is now a certainty, as NFL Network’s Ian Rapoport reported that the two will be parting ways this offseason on Friday.

Next, major changes need to be made on the defensive side of the ball. The Jaguars’ dominant unit was the reason they were a play or two away from the Super Bowl in 2017, as they were the best in the league. This year, they rank fifth in yards per game allowed, and seventh in points — even going up against some AFC South teams that are a bit offensively challenged. As far as players go, the team may have had enough of mouthy cornerback Jalen Ramsey, whose bravado helped fuel the team last season, but clearly backfired this year. He’s still on a rookie deal, and is cheap, so he could attract some serious trade offers, with the Jags potentially getting a lot in return. And frankly, he’s just not the type of player/personality that Tom Coughlin tends to recruit as far as team building goes.

There’s a serious lack of effort on the defensive side of the ball at times, as fans saw in Thursday night’s game, when Derrick Henry literally walked into the end zone — untouched — for his fourth touchdown of the game. That falls on the coaching staff, which leads us to head coach Doug Marrone.

Marrone took over as interim head coach in 2016, and was given the job the following season. He was lucky to inherit a roster loaded with talent, and that may have masked some deficiencies in his coaching style, as frankly, his tenure with the Bills in the past was an absolute disaster. And now, his players just aren’t playing hard for him. It appears that Marrone is losing the locker room, and that doesn’t project well for the team’s future.

For now, Marrone will have three more games to prove he’s the right candidate to lead the team going forward. They’ll have a “mini-bye” against the Redskins, in a game they may actually be a slight favorite in (which you can get betting advice for here, if interested), so we’ll see how the team fares.

Major changes are coming in the offseason for the Jags, as the players clearly aren’t playing hard for Marrone. Will they be departing? Will Marrone be fired? Or both? Time will tell. We do believe Marrone is part of the issue, and that the team should lean toward firing him and starting over for a “mini rebuild,” trading away a few veterans and bringing in some young talent — along with a new quarterback — as well.