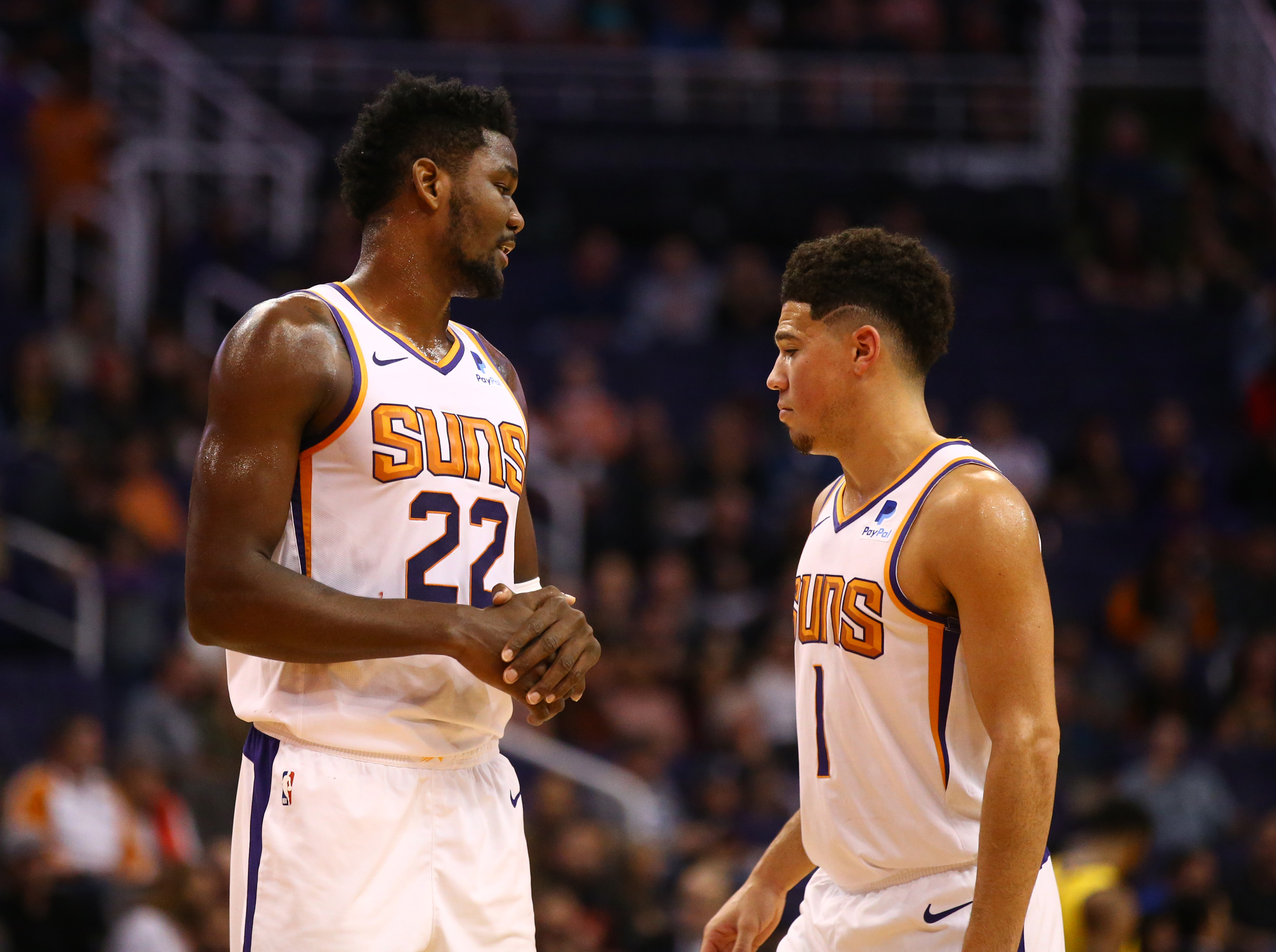 The Suns are arguably the worst team in the NBA right now, as they haven’t even looked competitive in games — getting blown out by large margins.

For example, they ended the first quarter of Thursday’s game against the Trail Blazers trailing 34-9, and that’s well, abysmal.

Their poor play/results appear to be taking a toll on the team as well. Two of the team’s biggest young stars, Deandre Ayton and Devin Booker, apparently got into a heated argument after the loss. The two first-rounders had some words in the locker room, which Duane Rankin of the Arizona Republic shared some details about:

From rookie Mikal Bridges and Kokoskov having friction during the game to Deandre Ayton and Devin Booker exchanging words afterward, there’s clearly tension and a disconnect with this team right now.

Phoenix’s top two players, Booker and Ayton, exchanged words after the 10-minute cooling off period as members of the media entered the visiting locker room for the tail end of that conversation.

These two have had words before on the court, with Booker correcting Ayton on what to do on certain plays. Both have agreed to hold players accountable, but this felt different.

The Suns are currently 4-21, and they sit in last place in the Western Conference standings. We’ll likely see more of this in the future, as they were poised to take a step forward this year, but if anything, the team appears to be regressing, and the effort from all the Suns’ players doesn’t appear to be there, even just 25 days into the season.