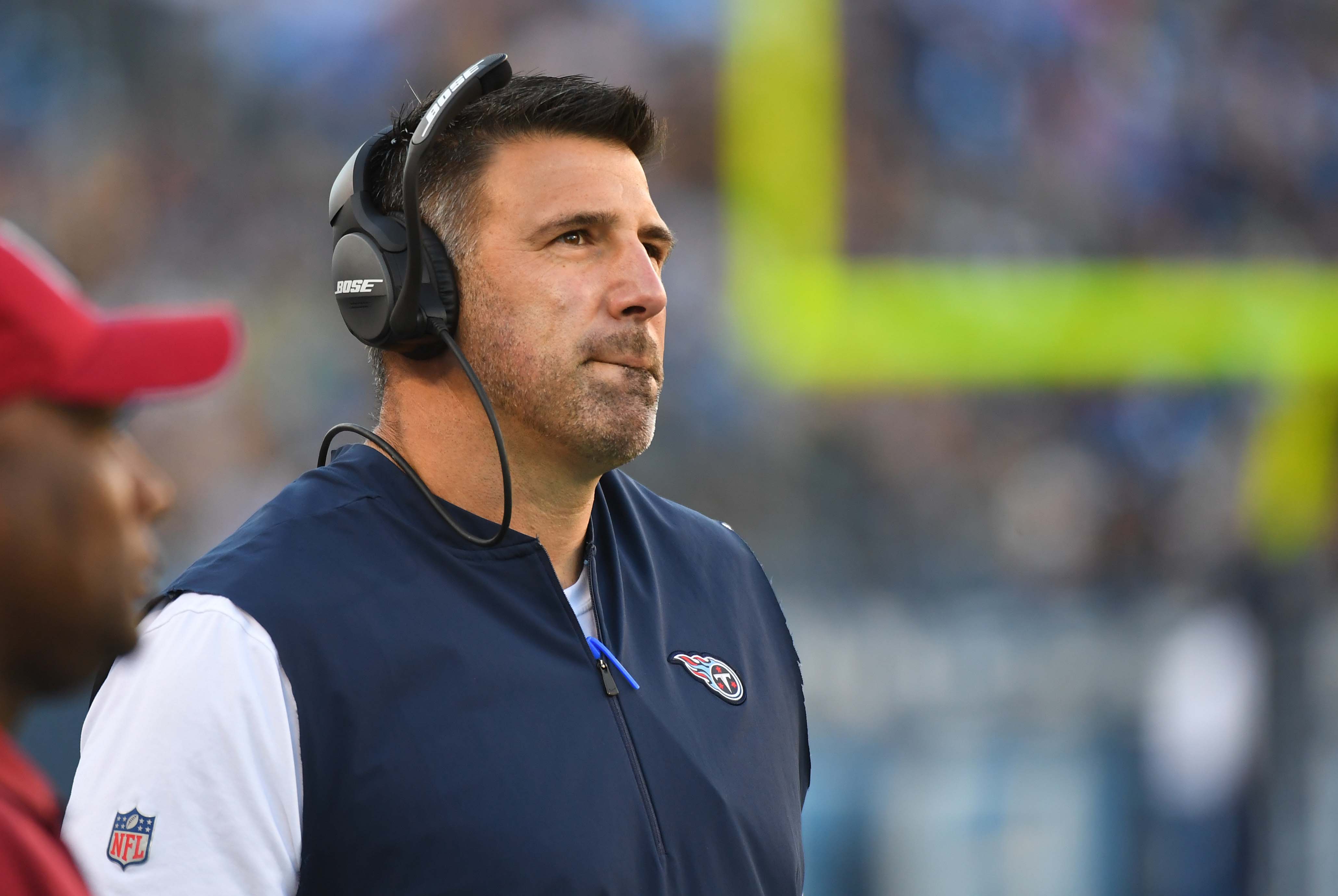 Titans running back Derrick Henry had an otherworldly performance in Thursday’s 30-9 win over the Jaguars, and his head coach had a funny reaction to it.

Henry carried the ball 17 times for 238 yards, with four touchdowns as well. His ridiculous 14 yards per carry is an unreal stat line, and his 99-yard touchdown run in the second quarter of the game (watch here) was amazing as well. Henry joined former Cowboys legend Tony Dorsett as the only NFL players to ever rush for a 99-yard touchdown in a game, showing just how impressive the electric run was. Not only that, Henry also set a franchise record for rushing yards in a game, surpassing Chris Johnson’s previous mark.

Henry joined Johnson as the only players in NFL history with a 90-yard and 50-yard Rush TD in a game. pic.twitter.com/0DklSPdTjx

Let’s circle back to the 99-yard run, which is exactly as many yards as the Jaguars offense gained in the entire first half of the game. Titans head coach Mike Vrabel was asked about the play after the game, and here’s what he told reporters in response:

“He ran out of guys to stiff-arm,” Vrabel joked.

It’s a funny comment, but Vrabel does raise a good point, as Henry stiff-armed three different defenders on that one play — showing that he simply would not stop until he reached the end zone.